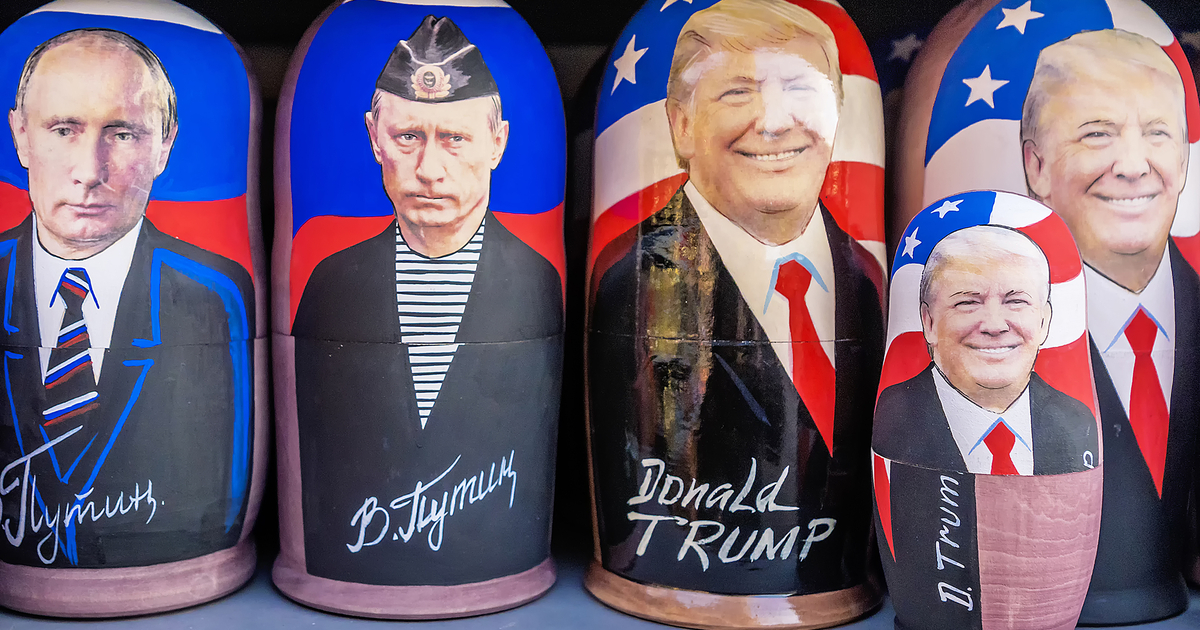 At a Senate Judiciary Committee hearing earlier this week the nation learned that the Democrat-linked opposition research firm, FusionGPS, was also linked to someone else.

We realized this several weeks ago, and we reported it to you, when we learned that the Russian lawyer who met with Donald Trump Jr. was actually an employee of FusionGPS and that she had entered the country under a special dispensation from the Obama administration and that she was seemingly connected to Obama’s top Russia official, Michael McFaul.

The realization that the Russian lawyer, Natalia Veselnitskaya, was not just some lawyer but an employee of a Democrat research firm was curious. Even worrisome. Now we know even more, and it seems more likely than ever that the Russian government was purposely attempting to sow the exact chaos we are currently seeing in our nation.

At the Senate Judiciary Committee we learned that FusionGPS, the folks who invented the Trump Dossier, were actually paid Russian agents.

SEN. LINDSEY GRAHAM: This whole story reads like some kind of novel that nobody would buy, it’s got to be fiction, but unfortunately maybe it’s true. Let’s just break down sort of why you’re here. You believe that Fusion GPS should of registered under FARA, because they were acting on the behalf of the Russians?

SEN. GRAHAM: So, I just want to absorb that for a moment. The group that did the dossier on President Trump hired this British spy, wound up getting it to the FBI. You believe they were working for the Russians?

BROWDER: And in the Spring and Summer of 2016 they were receiving money indirectly from a senior Russian government official.

SEN. GRAHAM: Okay. So, these are the people that were trying to undermine Donald Trump by showing the nefarious ties to Russia. Is that what you’re saying?

BROWDER: Well, what I’m saying with 100% certainty is that they were working to undermine the Magnitsky act and the timing of that.

SEN. GRAHAM: But, the Fusion GPS products apparently as they hired a guy to look into Trump?

Browder further explained that the Russian government also worked with the Democrat firm to push “fake news” to the nation.

So. The same people who were working for the Democrat Party, created the fake Trump Dossier, spread fake news about the President, were being paid by THE RUSSIANS to do so.

Can we say collusion?

You can read more about the underhanded work of FusionGPS and their connections with the Russians here.

Now the House Judiciary Committee is requesting that a second special counsel be assigned by the White House to investigate FusionGPS and the Russian effort to undermine President Trump and our government.

What does it all mean?

We can’t say for certain yet, but what is clear is that the Democrats have been barking up the wrong tree in their attacks on President Trump’s connections to Russia.

Russia is in the business of trying to destabilize everything that the USA does because as former Presidential candidate Mitt Romney once said (and was roundly ridiculed by Democrats and the media for saying so), “Russia is our number one geopolitical foe.” He wasn’t wrong.

But the Democrats are wrong. Russia doesn’t care about Donald Trump.

Russia cares about destabilizing the USA, and they are doing it by sowing discord at every possible juncture.

They want Democrats to think that Trump colluded, and they want the media focused on that possibility. But as we’ve seen, Russia wasn’t just undermining Hillary Clinton (with possible email hacks and leaks) but they were also working to undermine Donald Trump, just as they were working to get the Magnitsky Act undone.

Russia is focused on destabilizing and destroying America.

Sadly, our leaders would rather topple Trump than defend us from Russia’s obvious attacks.