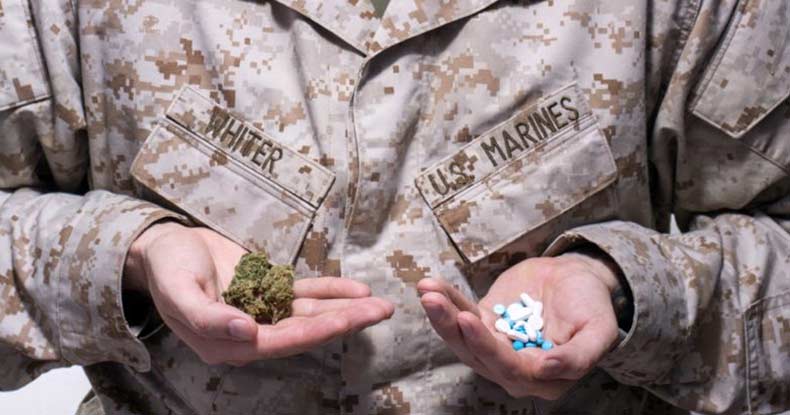 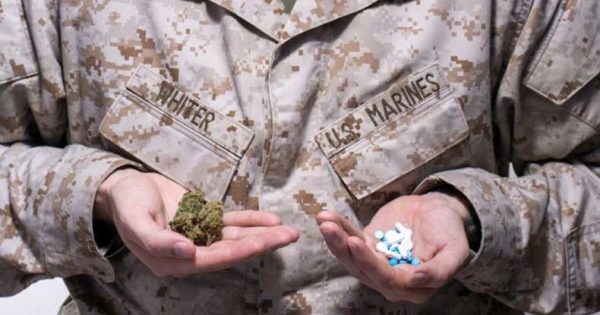 Washington, D.C. — The House Rules Committee blocked an amendment by Congressman Earl Blumenauer, founder and co-chair of the Congressional Cannabis Caucus, from debate. The move to block it from debate effectively prevents Blumenauer from forwarding the amendment during House consideration of the 2018 Military Construction Veterans Affairs and Related Agencies Appropriations bill.

Even though therapeutic cannabis is legal in 29 states, many veterans face significant hurdles to lawfully obtain it, and instead, end up on addictive and deadly opiates and other big pharma solutions.

Because the vast majority of veterans get their health care through the federal VA, their doctors are legally bound from recommending medical marijuana, nor can they certify conditions that would allow them to qualify for a therapeutic cannabis registry card.

“It is always illegal under federal law for a veteran to utilize marijuana, regardless of whether there is a state law allowing for use of marijuana. As a result, VA remains consistent whether a veteran is found to have used marijuana through a state-sponsored program or not.”

The amendment would have allowed Department of Veterans Affairs doctors to recommend and discuss medical marijuana with veterans in states where the cannabis has been legalized for medicinal purposes, making it significantly easier for qualified veterans to access legal medical marijuana.

Although the “Veterans Equal Access” measure has been debated and voted on as an amendment to the VA appropriations bill for the past three years in the House, with it passing in 2016, by a 233-189 vote,the move by the Committee precludes that possibility.

“All we want is equal treatment for our wounded warriors. This provision overwhelmingly passed on the House floor last year – and bipartisan support has only grown. It’s outrageous that the Rules Committee won’t even allow a vote for our veterans. They deserve better. They deserve compassion…

“Given that veterans are more likely to commit suicide or die from opiate overdoses than civilians, our fight to provide them safer alternatives won’t stop here. We have stronger support in the House and Senate than ever before, and we will keep advocating for a more rational approach.”

The irony is that veterans are now, more than ever before, coming together to rally around cannabis as a safer alternative for their service-related health issues. They are finding that it is far better than relying on highly addictive opioids.

In fact, only last August, the American Legion decided to advocate for the removal of cannabis from the list of federally banned Schedule 1 drugs – a designation that means a substance is federally banned, with no accepted medical use. The reclassification of marijuana would allow for significantly more scientific research.

Just this past May, while speaking at the White House, Veteran’s Affairs Secretary David Shulkin said that he was open to evidence that medicinal cannabis had veracity as a treatment option.

Blumenauer, who has been a pioneer in the federal normalization of cannabis policy, has been at the forefront of efforts to eliminate the current VA policy of prohibiting doctors nationwide from simply discussing marijuana as a treatment option for their patients.

Before the committee blocked Blumenauer’s amendment, he urged its members to allow him to forward his amendment and cited information from the VA in 2014 that found veterans are twice as likely to die from an accidental overdose as non-veterans.

“We would be far better off if our veterans had access to medical marijuana and less reliance on opioids, which is literally killing them,” he said. “Under this amendment, marijuana would not be dispensed by the VA or consumed on federal property — it simply ends the current gag rule that says doctors can’t talk to their patients about it, even if they think it’s appropriate.”

Rep. Dan Newhouse of Washington spoke out in favor of the amendment.

“I’ve seen firsthand the benefit people can derive from medical marijuana,” he said. “It seems to me if it’s available and it works, we should make that available to our veterans as well. I support your effort.”

Last year, the Senate also passed the Veterans Equal Access amendment with vast bipartisan support, on a vote of 89-9. But it was removed from the final bill during negotiations to reconcile the Senate and House versions of the VA appropriations legislation.

This year the Senate has passed the amendment out of committee, with the Senate Appropriations Committee voting 24-7 on July 13 to include it in the Senate’s version of the VA appropriations bill.

Sen. Steve Daines, R-Mont., introduced the amendment. Montana is one of 29 states that permit some medicinal use of cannabis, and noted that the current VA policy is a “violation of veterans’ rights to talk openly and freely with their doctor.”

Although dead in the House bill, if the Senate approves the amendment again this year, it could still make it into the final bill after negotiations between the House and Senate.

The idea that young men and women can put their lives on the line and die for this country, only to come home and be told they can’t naturally treat their ailments caused by deployment, is repulsive. Those who would rather see a veteran waste away on opioids and antidepressants — rather than potentially saving their lives with cannabis — are the real tyrants and will most assuredly end up on the wrong side of history.