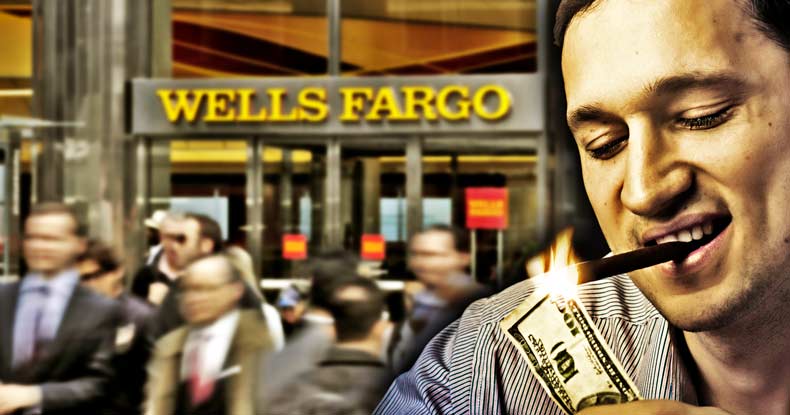 One of the largest banks in the United States is no stranger to scandal, and the latest case of fraud surrounding Wells Fargo has affected nearly 1 million people, with many of them still paying the price for fraudulent charges attached to their accounts.

According to an internal report from the bank’s executives, detailed in a report by The New York Times this week, more than 800,000 people who took out car loans from Wells Fargo were charged for auto insurance they did not need, and the additional expenses “pushed roughly 274,000 Wells Fargo customers into delinquency and resulted in almost 25,000 wrongful vehicle repossession.”

As a result, estimates from the report claimed that Wells Fargo now owes at least $73 million to wronged customers. According to The Times, “Wells Fargo officials confirmed that the improper insurance practices took place and said the bank was determined to make customers whole.”

In August 2010, Wells Fargo came under fire for stealing millions from its customers through excessive overdraft fees, which included the practice of manipulating the order in which transactions are processed, in order to capitalize on the overdraft fees customers are issued as a result.

A district court judge in California weighed in on the practice, and determined that Wells Fargo “acted in bad faith” by manipulating transactions, and that “no credible evidence was presented at trial to support the bank’s argument that high-to-low resequencing was deployed [because] customers wanted or benefitted from it.” The judge came to the conclusion that “gouging and profiteering were Wells Fargo’s true motivations.”

As The Free Thought Project reported in April 2016, Wells Fargo admitted that it “falsely certified that many of its home loans qualified for Federal Housing Administration insurance” from 2001 to 2008, and it “failed to file timely reports on several thousand loans that had material defects or were badly underwritten” from 2002 to 2010.

However, despite the shocking admission from the megabank that it deceived both the U.S. government and thousands of Americans for nearly a decade, no one was charged and Wells Fargo was not held accountable for its contribution to the housing market collapse.

In September 2016, federal regulators revealed that Wells Fargo employees had secretly created nearly 2 million unauthorized bank and credit card accounts since 2011. Customers were forced to pay fraudulent charges, and the employees who created the accounts were rewarded with sales bonuses.

As a result, Wells Fargo claimed it fired 5,300 employees for ethics violations. However, many of the former employees who spoke out about the bank’s fraudulent practices claimed that they were fired because they attempted to report the fraud to the bank’s internal ethics line.

Now, in addition to contributing to the housing market collapse, the latest report has revealed that Wells Fargo also harmed the lives of hundreds of thousands of Americans by sending them into debt, and even repossessing their cars, all over fraudulent charges. And yet, to go along with the incredulous fact that the bank still has customers, its ties to the U.S. government have also ensured that top executives are unlikely to face any accountability for its actions.