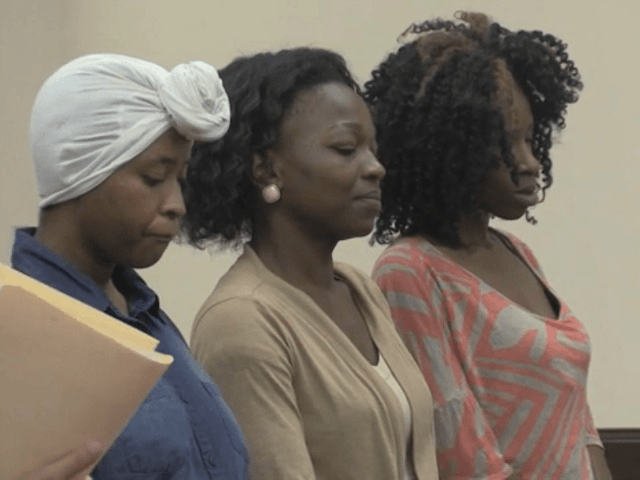 Seven women in South Carolina have pleaded guilty to receiving food stamps as part of a $5 million food stamp fraud scheme in which they defrauded the people of more than $20,000 at a Rock Hill store.

The seven women who pleaded guilty for fraud are;

Ms. Johnson pleaded guilty alone while the other six women pleaded guilty in groups of three. They all got 30-day suspended sentences and two years probation, but can have that dismissed if they repay the money by the end of the year.

Now the store owners face prison and potentially paying back as much as $5 million, said Mark McKinnon, 16th Circuit assistant public defender who represented three of the women who pleaded guilty Thursday.

The store owners potentially will get reduced sentences for their agreement to testify against the food stamp recipients who received illegal cash and goods.

However, those three store owners were not in court Thursday in York and will not be sentenced in federal court until their work as cooperating witnesses is finished.

The food stamp scam among the store owners and dozens of store customers went on from March 2014 to 2016, Jones said in court Thursday.

The scheme involved buying hot food, a single beer, cigarettes, or gasoline with a food stamps debit card and getting cash back.

The scam was uncovered last year at the Daily Express mart in Rock Hill. The owners of the store, Li Fang Phu, Hoang Nguyen and Dianne Phu, all of Rock Hill, pleaded guilty in federal court last year to a scheme prosecutors said had been going on for years.

See what happens when the government gives away other people’s money? It just makes people more and more greedy for what isn’t their’s in the first place.

Back in May, a Baltimore man was sentenced to four years in prison and ordered to pay back $3.7 million to the central government for illegally trafficking food stamps.

More than $20 million worth of food stamps fraud was discovered by investigators at Southwest Florida retailers and 140 Chicago retailers were also busted for food stamp fraud.