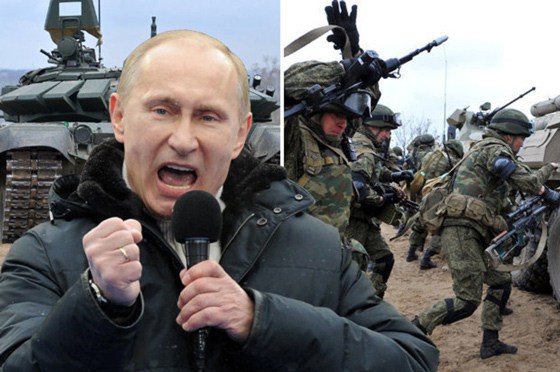 “Signing a bill that sanctions Russia would mark a significant shift for Trump. He’s repeatedly cast doubt on the conclusion of U.S. intelligence agencies that Russia sought to tip the election in his favor. The president also has pushed for cooperation between Moscow and Washington on various matters, such as counterterrorism and the conflict in Syria, and more sanctions against Russia could imperil that effort.

Trump’s persistent overtures to Russia drove lawmakers to include a section that mandates a congressional review if Trump attempted to suspend or terminate the sanctions on Moscow. The White House had objected to the review requirement, arguing it would infringe on the president’s executive authority and tie his hands as he explores avenues of communication between the two former Cold War foes.”

As I wrote in the beginning of the year, the first six months in office make or break a president by setting the tempo for the remainder of his term.  The President has not been effective in any area, and he has pulled a complete 180-degree shift in dealing with Russia.  After they met in the G-20 summit, relations between the President and Vladimir Putin have steadily declined.

Now we have a Congress who has long desired to go to war with Russia, and a President who is ineffective at every turn.  Obamacare will not be repealed, the border fence is a fiasco, and the Democrats (aided by the pseudo-Republicans) are doing the “Rope-a-Dope” on the President.  They are bouncing off the actions he takes akin to Ali on the ropes and making continuous counterattacks of their own.  Domestically, the President has not lost control because he never had it, and now the shadow government that is hidden behind the pseudo-Congress and the moneyed interests that support it are pushing the United States into a war with Russia.

It’s worse than merely a consortium seeking expansion of empire and all the attached perks.  Look at this excerpt:

“The U.S. is actively considering whether or not to arm Ukrainian forces in their war with Russian-backed insurgents in the east, the new U.S. envoy for Ukraine told the BBC.  Fresh from his first official tour in his new role, during which he claimed to be “astonished” with the “hot war” he had seen in the east, Kurt Volker said in an interview on Tuesday that arming Ukrainian troops could shift Moscow’s tactic but would not be provocative.

“Defensive weapons, ones that would allow Ukraine to defend itself, and to take out tanks for example, would actually stop Russia threatening Ukraine,” Volker said. “I’m not again predicting where we go on this, that’s a matter for further discussion and decision, but I think that argument that it would be provocative to Russia or emboldening of Ukraine is just getting it backwards,” he added

Despite initial concern that Trump’s sympathies for Russian President Vladimir Putin could compromise the U.S.’s position on Ukraine, there has been virtually no change in Washington’s approach to Kiev since the administration came into office.

Members of Trump’s Republican Party—historically in favor of using more kinetic combat means to neuter any expansive visions the Kremlin may have—are rallying around a call for a more hardline policy.

“Vladimir Putin’s violent campaign to destabilize and dismember the sovereign nation of Ukraine will not stop unless and until he meets a strong and determined response,” McCain, chairman of the Senate Armed Services Committee told Trump in February.”

So, this “envoy,” Volker is labeling anti-tank and anti-armor weaponry as “defensive” to “take out tanks” and denying any provocative actions on the part of Ukraine or for the U.S. government to supply it.  Russia already informed the U.S. (then Obama) government that any arms sent to Ukraine would be considered an act of war.

Please take note again of the origin of the last comment in the excerpt, the source is underlined:

“Vladimir Putin’s violent campaign to destabilize and dismember the sovereign nation of Ukraine will not stop unless and until he meets a strong and determined response,” McCain, chairman of the Senate Armed Services Committee told Trump in February.”

McCain.  The same McCain who destabilized Ukraine in the first place, along with Victoria Nuland and Senator Lindsay Graham.  And just in case McCain’s brain illness keeps him from his agenda?  Guess who Kurt Volker is?                                 Here, taken straight out of Wikipedia:

“Volker served as a legislative fellow on the staff of Senator John McCain from 1997 to 1998.”

That’s right.  Volker was on McCain’s staff.  Read the rest of it.  He was appointed by Tillerson to his current post as the Special Representative to Ukraine, but he’s basically a State Department “creature” with plenty of liberal-arts education and propaganda, with no military experience and little in the field of diplomacy.  Still, he has been employed by large lobbying firms and multinational corporations, so he should “do well” for himself.  It is obvious that the “baton” was passed from McCain’s hand to Volker’s, and all that transpires will be a continuance in Ukraine from the Obama years.

The IMF/NATO hegemony really want to kick things off badly in Eastern Ukraine.  That’ll be the excuse to go to war with Russia, a nation that believes in a first-strike as a deterrence and believes a first strike to be a defensive measure.  The problem is the United States is provoking Russia into a response.  The military equipment was already signed off to be delivered to the Kiev government last year by Congress for use against the Separatists rebels of the Eastern provinces, to be delivered this year.

The Russians are not taking it lying down.  Sharkov of Newsweek penned another article, entitled Russian Army Arrives at Ukraine Border as U.S. Fears Over ‘Hot War’ Simmer, and here is that article, as it is short:

“As the bloody standoff in Ukraine reaches its annual apex month for violence, Kiev claims Russia is sending more troops near its borders, while the Kremlin has snapped back that it has every right to do so.

Relations between both countries have deteriorated significantly since Russia annexed Crimea from Ukraine in 2014; it has since backed separatist militants in Ukraine’s border regions. However, Moscow has not officially declared war on Kiev and continues to deny official involvement in the fighting on the ground.

Speaking during a military conference, captured in a Facebook video and posted on the military’s official account on Sunday, Ukrainian Chief of General Staff Viktor Muzhenko said his forces had observed new moves on the Russian side of the border.

“The organizational and staff structure, the arms and the military equipment that is approaching for reinforcement, indicates that these Russian divisions are striking forces in their essence and are intended for carrying out rapid offensive actions,” he said.

The units in question, Muzhenko specified, were three motorized rifle divisions, two of which are usually headquartered at the borders of Ukraine’s war-torn Donbass region and one that is usually deployed further north, near Smolensk.

Russian troops have previously dug in near the Ukrainian border, including near separatist-held lands, at times of impending fighting. Observers regularly record peaks in cease-fire violations during August.”

Pretty serious.  Three motorized rifle divisions, tasked and trained for performing rapid, strike-force, offensive operations.  Look at what is going on in the region for a taste of what is to come: the “hot spots” I have previously focused upon in other articles of Ukraine, North Korea, and Syria.  The bottom line here is that although the reins of power are in someone else’s hands besides Obama, the establishment is the real power behind the throne (with examples of McCain formerly and his protégé Volker).  That establishment is marching on with their own globalist agenda.  Domestically the country is still trying to shake the ring of Obamacare out of its nose…and this has been unsuccessful.

Attentions are focused upon this, while the U.S. is being pushed into a war with Russia…this time with the aid of President Trump, who agrees with the sanctions on Russia and the arming of Ukraine “for defensive purposes.”  A war is right around the corner, and the government is fostering it.  When the bombs start to fall, they’ll all be safe in their taxpayer-sponsored shelters as the stultified herd is culled, once and for all.