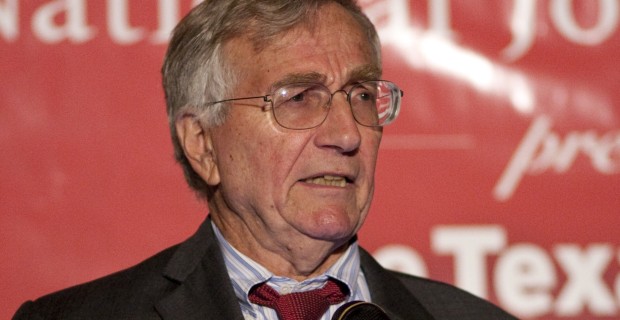 Not a single MSM outlet has covered the story

The mainstream media is completely blacklisting any mention of the bombshell revelations by investigative reporter Seymour Hersh about murdered DNC staffer Seth Rich, in which Hersh explained how Rich was Wikileaks’ source for the DNC leak and how the “Russian hacking” story was completely concocted by former CIA director John Brennan.

In an audio tape obtained by Big League Politics, Hersh says he saw an FBI report leaked to him by an insider which confirms that Rich had contacted Wikileaks with sample emails from the DNC leak and asked for payment for the full data dump.

“All I know is that he offered a sample, an extensive sample, I’m sure dozens of emails, and said ‘I want money.’ Later, WikiLeaks did get the password, he had a DropBox, a protected DropBox,” he said. They got access to the DropBox,” added Hersh.

The Pulitzer Prize-winning author said Seth Rich first contacted Wikileaks in late Spring of last year and that the DNC later tried to cover up the truth by inventing the story that Russia had hacked their systems and that this was part of a disinformation operation overseen by former CIA director John Brennan.

Although he thinks Rich’s murder was a robbery gone wrong, Hersh acknowledges that the former DNC staffer was concerned for his safety.

“The word was passed, according to the NSA report, he also shared this DropBox with a couple of friends, so that ‘if anything happens to me it’s not going to solve your problems,’” said Hersh. “WikiLeaks got access before he was killed.”

Almost 24 hours after this bombshell story and not one single mainstream media outlet has covered the issue, despite a Wikileaks tweet of the Hersh audio receiving over 4,000 retweets.

Strange how the MSM only talks about Seth Rich when they can spin it to damage Trump.

In contrast, virtually every MSM outlet in existence offered breathless coverage to yesterday’s claims that President Trump was personally involved in helping craft a “fake news” story that Seth Rich was killed as retribution for him leaking the DNC emails in order to “divert attention away from the ongoing Russia investigation.”

The nature of both stories is exactly the same – they are both based on unproven claims, although Hersh’s claims seem more credible given his reputation, yet the media has chosen to elevate one story and completely ignore the other.

It’s almost like huge media corporations have an agenda to only push a narrative that damages Donald Trump and bolsters the narrative that Russia interfered in the presidential election while burying the truth about Seth Rich’s role in the DNC leak.