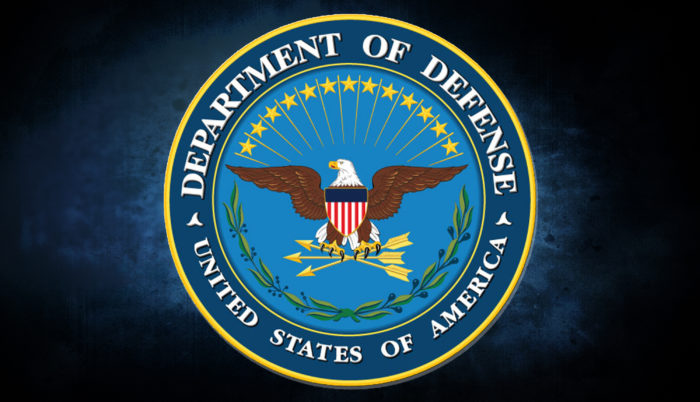 As if Barack Hussein Obama Soetoro Soebarkah did not commit enough treason and crimes against the united States, a classified report from the Pentagon’s inspector general found that the Military Accessions Vital to the National Interest (MAVNI) program enrolled more than 10,000 foreign-born individuals without permanent residency status into the US military.

MAVNI was begun in 2009 and, according to the Defense Department investigators, has “potential security risks.”

Why on earth would the US recruit people who are not US citizens to be a part of its military?

All of the above?

The program is currently not accepting new applicants as it undergoes a security review.

In September, the Department of Defense revoked the eligibility of MAVNI recruits for security clearances until the completion of their first enlistment and a positive security review – even if they had already been naturalized as US citizens.

Several naturalized MAVNI soldiers filed a lawsuit in response, saying that the order discriminated against them unconstitutionally on the basis of their national origin, and could cripple their careers by denying them security clearances.

It is unknown whether any of the security and infiltration concerns related to threats from ISIS or Al-Qaeda.

The Washington Post reported on June 26, “The Pentagon is considering a plan to cancel enlistment contracts for 1,000 foreign-born recruits without legal immigration status, knowingly exposing them to deportation, a Defense Department memo shows.”

NPR obtained an official Pentagon memo and reported, “the potential threat posed by individuals who may have a higher risk of connections to Foreign Intelligence Services. And it refers to an ‘elevated’ risk of an insider threat.”

Some recruits have been left in limbo after the delay due to the security threats.

One of those recruits is Min Zhao, 27, who saw the Army as an exciting opportunity when she decided to change her career and leave marketing in 2016.

According to NBC News:

But more than a year since she signed her agreement, Zhao, now 27, hasn’t shipped out.

A native of China and a speaker of Mandarin, Zhao joined the U.S. Army through the Military Accessions Vital to National Interest (MAVNI) program, which allows the military to enlist noncitizens with skills such as medicine or the ability to speak in-demand languages like Mandarin. The program also offers the recruits an expedited pathway to citizenship.

But recent changes to the program due to security concerns have delayed Zhao’s ship date and put hers and hundreds of other recruits’ immigration status in a state of uncertainty.

“The difficulties this ‘limbo’ state has created are, as you can imagine, far reaching both psychologically and financially,” Zhao told NBC News. “I am having to live off rapidly diminishing savings and deal with the uncertainty of what is next.”

Zhao said her recruiter told her that it was unnecessary to maintain her non-immigrant student visa after enlisting. When it expired before she could ship out and receive citizenship, Zhao had to apply for deferred action from U.S. Citizenship and Immigration Services (USCIS), which delays deportation but does not grant lawful immigration status.

Clearly, Ms. Zhao was in the country under a legal visa, but this idea of recruiting people who are not citizens into the military is the height of insanity, no matter their skills.

The following is a Fox News report on MAVNI and the transcript of the report.

BRET BAIER: But we begin tonight with a Fox News exclusive. The Defense Department Inspector General has completed an investigation into a Pentagon program that offers foreign-born individuals an expedited path to citizenship in return for military service. Lawmakers tell us the program has been, quote, “compromised.” With reports that some enrollees are unaccounted for tonight and fears of foreign infiltration spreading across Capitol Hill. The Pentagon is saying little on the record tonight but is acknowledging, quote, “potential security risks to the homeland.” Chief Washington Correspondent James Rosen with the exclusive story.

JAMES ROSEN: Since 2009, the Defense Department has enrolled more than 10,000 foreign-born individuals into the U.S. armed forces under a program called Military Accessions Vital to the National Interest, or MAVNI. In exchange for service, the foreigners selected for language or other needed skills can receive an expedited path to U.S. citizenship. Among the success stories is the army’s soldier of the year in 2012, Sergeant Saral Shrestha of Nepal.

But lawmakers on three committees tell Fox News MAVNI has big problems, that the ranks have been, quote, “compromised” due to inadequate vetting and some MAVNI enrollees are now unaccounted for. The lack of discipline in implementation of the program has created problems elsewhere, said Republican Congressman Steve Russell of Oklahoma, a retired Army officer who first sounded the alarm a month ago.

STEVE RUSSELL: The program has been replete with problems to include foreign infiltration. So much so that the Department of Defense is seeking to suspend the program due to those concerns.

ROSEN: In deed, Fox News has confirmed exclusively that the Pentagon Inspector General began investigating MAVNI almost 15 months ago and issued a report in late June, its contents classified, evaluating the services compliance with security reviews for and monitoring of MAVNI enrollees.

“The Department of Defense is conducting the review of the MAVNI pilot program due to potential security risks associated with the program,” a spokesman told us. Adding that they are suspended from taking new applications. But the Pentagon cited pending litigation for saying nothing more. A lawsuit filed in February against Defense Secretary James Mattis, in which seven MAVNI enrollees, all naturalized U.S. citizens, alleged their careers were crippled after DOD began restricting access to security clearances issued under MAVNI last fall.

GEN. JACK KEANE: I agree with suspending the program until we get to the bottom of it. If there is a penetration, this is a serious threat to us. ISIS has always had the desire to use migration as a way to penetrate into countries. They have done that successfully in Europe because of open borders, mass immigration with no vetting.

ROSEN: One lawmaker told Fox News that a backlog of cases led to applicants being enrolled in the armed forces before full clearance checks have been completed. Another problem was the use of MAVNI to hire workers like cooks, drivers, mechanics who did not possess the specialized skills MAVNI was created to exploit. Bret.

BAIER: That’s an amazing story, James. Do we know how many people are unaccounted for?

ROSEN: No, it could be– We believe it’s more than one because its “people.” It could be ten or more. We don’t know because the Pentagon isn’t telling us. Some lawmakers have received classified briefings. And one of those lawmakers is also saying to me now that he isn’t getting answers from the Pentagon to the questions: Where are these people? What do they know? Where are they serving? And, what are their numbers?

BAIER: And that’s a security we’ll be asking about going forwards. James Rosen, thank you.