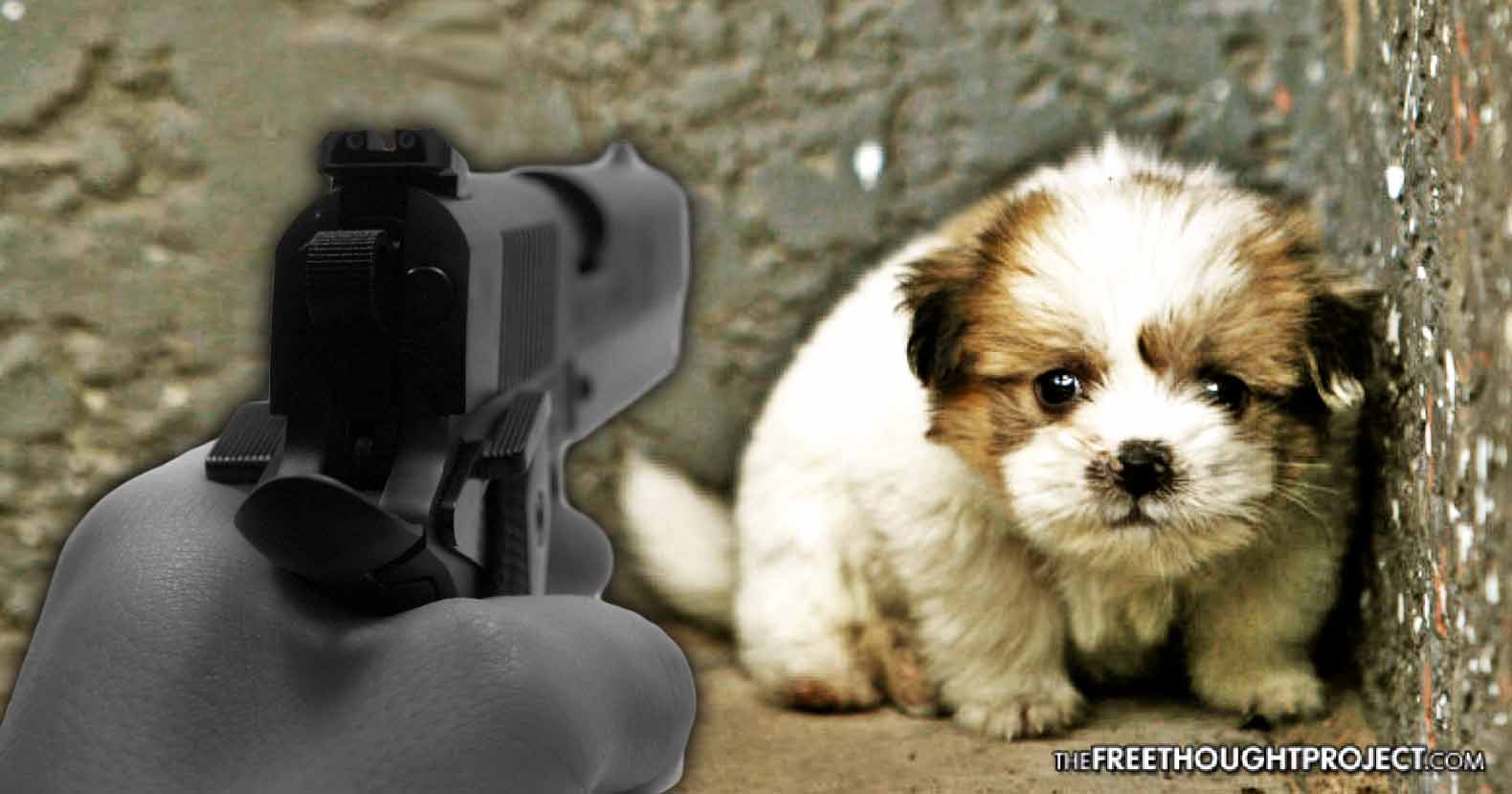 Detroit, MI – Nikita Smith filed a lawsuit against the Detroit Police Department after they killed her three dogs during a raid of her home in search of pot last year. On Wednesday, a judge absurdly ruled the dogs were considered “contraband,” noting that Smith had no legal basis to sue the police department for shooting and killing her dogs, due to the canines not having been properly licensed.

Subsequently, the federal civil rights lawsuit filed by Smith after a raid of her home by the Detroit police was dismissed by U.S. District Court Judge George Caram Steeh.

According to a report by Reason:

The ruling is the first time a federal court has considered the question of whether an unlicensed pet—in violation of city or state code—is protected property under the Fourth Amendment. Federal courts have established that pets are protected from unreasonable seizures (read: killing) by police, but the city of Detroit argued in a motion in March that Smith’s dogs, because they were unlicensed, were “contraband” for the purposes of the Fourth Amendment, meaning she had no legitimate property interest in them and therefore no basis to sue the officers or department.

Sadly, Judge Steeh agreed with the city’s ridiculous assertion that since the dogs were not licensed, they were not a legitimate property interest, thus giving Smith no legal basis to sue either the department or the individual officer/s that killed her dogs.

“The Court is aware that this conclusion may not sit well with dog owners and animal lovers in general,” the judge Steeh wrote in his opinion. “The reason for any unease stems from the fact that while pet owners consider their pets to be family members, the law considers pets to be property.”

“The requirements of the Michigan Dog Law and the Detroit City Code, including that all dogs be current with their rabies vaccines, exist to safeguard the public from dangerous animals,” he continued. “When a person owns a dog that is unlicensed, in the eyes of the law it is no different than owning any other type of illegal property or contraband. Without any legitimate possessory interest in the dogs, there can be no violation of the Fourth Amendment.”

Think about that for a moment, the judge is legally equating owning an unlicensed dog, with “illegal property or contraband.”

So, does someone owning an unlicensed car give you no Fourth Amendment protections over it, and does it constitute illegal property or contraband simply because it isn’t licensed with the city/state?

Federal judge rules that unlicensed pets are "contraband." Cops can kill them with (legal) impunity. https://t.co/PZ0T0WX42Q

Does government somehow have some magical authority to say that if you don’t license your property as they have dictated, then your property is illicit and you have no constitutional protections over it?

Steeh’s opinion went on to reason that since there was no Fourth Amendment violation, then there is no legal basis for a civil rights claim against the city. Additionally, Steeh ruled that even if the dogs had been recognized as her property, the animals presented an imminent threat to police, thus the suit would have been dismissed anyway.

Much in line with the brutal reality that a massive number of dogs across America are being executed, Smith’s suit labeled the police officers’ actions in her home akin to a “dog death squad.” She noted that officers shot one of the dogs through a closed bathroom door. Gruesome photos from the raid revealed a blood-drenched bathroom with Smith’s dog lying in a pool of blood.

In only the past two years, numerous lawsuits have been filed against the Detroit Police Department for executing dogs. Once incident ended with the city paying out $100,000 to settle a suit after police dash cam footage revealed a dog being killed by an officer while still chained up and no threat to officers. The case was one of three lawsuits filed against the DPD for killing dogs during raids in search of cannabis. In another case, filed in June, officers are alleged to have killed a couple’s dogs while they were behind a backyard fence.

The absurdity of raiding people’s homes in an assaultive and violent manner in search of a medicinal plant reeks of government overreach and waste.

A Reason investigation last year found the DPD’s Major Violators Unit, which conducts drug raids in the city, has a track record of leaving dead dogs in its wake. One officer had shot 39 dogs over the course of his career before the raid on Smith’s house, according to public records.

That officer is now up to 73 kills, according to the most recent records obtained by Reason.

Reason’s review of “destruction of animal” reports filed by Detroit police officers did not find a single instance where a supervisor found that a dog shooting was unjustified.

Does anyone really believe that the officer with 73 dog killings is doing it to protect themselves and other officers from imminent danger? The wanton disregard for life is astonishing and speaks to the extreme levels of brutality we see taking place on American streets on a daily basis.

Once again highlighting the lack of proper training police receive, Judge Steeh’s opinion noted that the “police officers conducting the search had not received any specific training on how to handle animal encounters during raids.”

The court opinion also recognized that Detroit police supervisors found the shooting of Smith’s three dogs all to be justified, but curiously noting:

“However, as in many other cases, the ratifying officers did so without speaking to the officers about what had transpired,” the court wrote.

The search warrant for Smith’s residence came after police received a tip that marijuana was being sold out of the home. The raid, which killed her three dogs, netted a total of 25 grams of marijuana – not even an ounce. Since recent polling support for legalizing cannabis has reached upwards of 80%, perhaps giving police a license to kick down doors, with weapons drawn, in search of a plant, is a recipe for disaster.

Ironically, after the police killed her three dogs, the case against Smith was dismissed due to officers failing to show up for her court hearing. Three murdered dogs, smashed house, no charges, and endless pain and suffering — all for an illegal plant — and this is called justice.