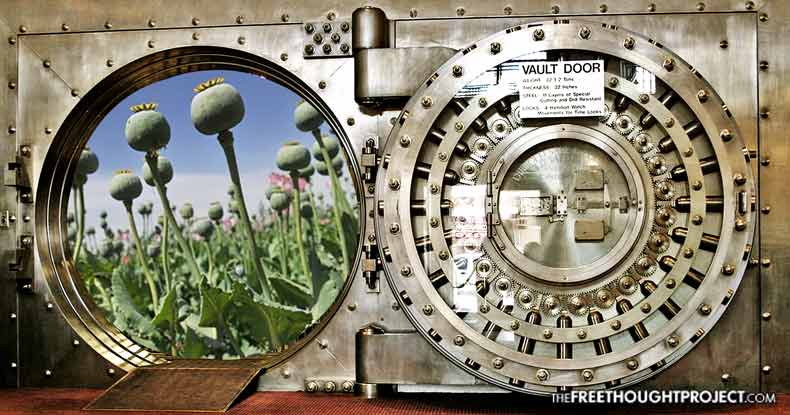 Commonwealth Bank of Australia stands accused by the Australian Transaction Reports and Analysis Centre (AUSTRAC) of a stupefying 53,700 violations of money laundering and counter-terrorism-financing laws, in which the financial institution failed to notify in a timely fashion — and, sometimes, not at all — transactions topping a mountainous A$77 million.

As the case unfolds, it should be noted, each breach of the act carries a jaw-dropping potential penalty of A$18 million — meaning Commonwealth Bank could be slapped with an astonishing level of fines.

Alleging ‘serious and systemic non-compliance’ with the Anti-Money Laundering and Counter-Terrorism Financing Act 2006 (AML/CTF Act), the regulator commenced civil penalties proceedings against CommBank on Thursday, after the tentative conclusion of an investigation — the heft of which focused on the bank’s use of intelligent deposit machines (IDMs) — revealed rampant breaches of the act, according to acting CEO Peter Clark.

“The effect of CommBank’s conduct in this matter has exposed the Australian community to serious and ongoing financial crime,” asserted AUSTRAC in a statement.

“Non-reporting of and late reporting both delays and hinders law enforcement efforts. Delays in this case have resulted in lost intelligence and evidence (including CCTV footage), further money laundering and lost proceeds of crime.”

Bloomberg notes of IDMs, “Commonwealth Bank’s automated cash deposit machines, which allow anonymous deposits to recipient accounts that can then be funneled offshore or to other domestic accounts, Austrac said in documents lodged with the Federal Court in Sydney on Thursday. The cash deposit machines were used by drug rings to move the proceeds of crime, the agency said […]

“The automated machines were introduced in May 2012, and the amount of cash flowing though them grew exponentially, the court documents say. In the six months to November 2012 about A$89.1 million was deposited. By May and June 2016 this had risen to more than A$1 billion per month. About A$8.9 billion in cash was put through the system before the bank conducted any assessment of the money laundering risk, Austrac said.”

In this post-9/11 world, Western governments take seriously the tracking of larger banking transactions, under the premise that watching the money by moved terrorists and other high-level criminals through such institutions could stem the spread of violence. But machines like those at the center of the controversy make apparent avenues for significant anonymous banking indeed still exist — if skirting the lines of legality — or, at least, did until recently.

Suspect accounts attempted to divert suspicion by keeping deposits small and inconspicuous, as well as by moving funds into offshore accounts.

“CommBank permitted several of the accounts to remain open even after this time and further transactions occurred. Eight individuals have been charged with dealing in proceeds of crime, with 6 of these individuals already having been convicted,” the Guardian reports.

“In another case,” Bloomberg continues, the agency “alleges A$20.6 million was deposited into 30 accounts, 29 of which were in fake names, which shortly after was transferred abroad. After the bank identified ‘repeated, suspicions and connected’ patterns of cash deposits, it permitted a further approximately A$9.1 million to be transferred from these accounts to Hong Kong, Austrac said.”

By statement, cited by the Sydney Morning Herald, CommBank contends, “On an annual basis, we report over 4 million transactions to Austrac in an effort to identify and combat any suspicious activity as quickly and efficiently as we can.”

Furthermore, Commonwealth Bank states, “We have been in discussions with Austrac for an extended period and have cooperated fully with their requests. Over the same period we have worked to continuously improve our compliance and have kept Austrac abreast of those efforts, which will continue.”

In this nascent stage, the outcome of this court proceeding would be impossible to foretell — but it wouldn’t be the only time recently the Australian regulator swiftly penalized such breaches: Gaming behemoth Tabcorp settled with AUSTRAC for A$45 million over laundered funds in February.

While the sheer breadth, scope, and sum totals surrounding this case are arguably unprecedented, that a major bank faces likely legal and financial fallout over allegations having little to do with ordinary customers — indeed, that the institution may be penalized for acts related to illicit substances and untaxed monies, rather than untenable fees and other wrongs — perhaps strips a layer of gilding from the staggering announcement.