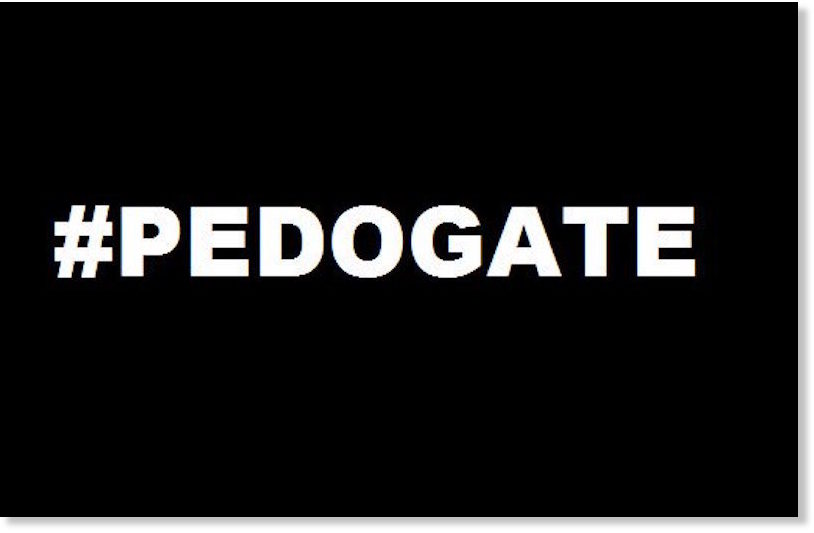 It is said that pedophiles include “pillars of the community” — doctors, lawyers, teachers, priests, ministers, rabbis, government officials, judges, and police — and that a main reason why pedophiles are not apprehended as vigorously as they should be is because law enforcement are among their ranks, a case of asking the fox to guard the hen house.

Recent pedophile arrests — of a deputy attorney general, a judge, a mayor, and police officers — provide evidence for that contention.

Liddy is wearing eyeliner and mascara!

The attorney general of a state, including the state of California, is the chief law enforcement officer of that state.

Kelly McLaughlin reports for Daily Mail that on July 25, 2017, California deputy attorney general Raymond Liddy, 53, was placed under house arrest for possession of child pornography and released on $100,000 bond.

Liddy is the son of former FBI agent and lawyer G. Gordon Liddy of the Nixon Watergate conspiracy. G. Gordon had organized and directed the burglary of the Democratic National Committee headquarters in June 1972. A reserve Marine colonel, Raymond Liddy has been a state prosecutor since 2008, and is placed on administrative leave.

WCPO Cincinnati reports that former Campbell County district judge (and member of the county Board of Education) Tim Nolan, 70, already accused of human trafficking, was arrested again on June 6, 2017 and charged with two more counts.

Police said there are 12 victims, including two juveniles, and that the crimes occurred between 2010 and this year. A judge set Nolan’s bond at $750,000.

KTIV4 reports that on July 27, 2017, the mayor of Randolph, Nebraska, 61-year old Dwayne Schutt, was arrested following an investigation that yielded four counts of sexual assault of a child and one count of felony child abuse — of a juvenile over the course of four years beginning when the juvenile was 13 years old.

Schutt, who had been mayor of Randolph since 2011, posted 10% of his $125,000 bond and was released from jail on Friday. He was arraigned on the charges in Cedar County Court on August 2.

The Washington Post reports that in August 2016, ten police officers of Oakland, CA, were charged for raping and exploiting a 17-year-old prostitute, Celeste Guap, with more charges still to come.

Now 19, Guap is seeking $66 million in damages from the city, its police force, its former chief, multiple officers, and also supervisors who “stood by with a blind eye” as the teen became a sex slave for the officers.

Prostituting herself since she was 12, Guap was in the act of running away from a pimp when she met Oakland police officer Brendan O’Brien, 30. According to her lawsuit, instead of helping the 17-year-old, O’Brien and more than 30 other law enforcement officers “continued to traffic, rape, victimize and exploit a teenage girl who needed to be rescued. Instead of helping [the teen] find a way out of exploitation, they furthered and deepened her spiral down into the sex trade.”

O’Brien committed suicide in the midst of a growing internal investigation. A note he left behind named other officers who he said had sex with the teen. The scandal led to the resignation of Oakland’s police chief, as well as the two people appointed to replace him, neither of whom lasted a week. It also led to other firings and suspensions, numerous criminal charges — and an apology from Oakland Mayor Libby Schaaf.

According to CBS News, an investigation ordered by a federal judge led to many Oakland police officers admitting they had lied during the first internal affairs investigation about their relationships with Guap. One officer also admitted to knowing she was underage when he had sex with her.

While a du Pont family heir is not law enforcement, the case is notable because the man in question raped his 3-year-old daughter and sexually abused his toddler son.

Cris Barish reports for the (Wilmington, Del.) News Journal (via USA Today) that du Pont family heir Robert H. Richards IV, 50, who is supported by a trust fund, pleaded guilty in 2008 to fourth-degree rape of his 3-year-old daughter, but received no prison time.

Richards IV is a scion of two prominent Delaware families — the du Pont family who built the chemical empire and the Richards family who co-founded the prestigious corporate law firm Richards Layton & Finger. Du Pont family patriarch Irenee du Pont is his great grandfather. His father, Robert H. Richards III, was a partner in the law firm until his 2008 retirement.

On March 18, 2014, nearly six years after Richards’ felony conviction for raping his daughter, his ex-wife, Tracy Richards, filed a Superior Court lawsuit on behalf of her children seeking compensatory and punitive damages for Richards IV’s sexual abuse of their toddler son, negligence, and intentional and negligent infliction of emotional distress on his two children.

The office of State Attorney General, the late Beau Biden — son of Obama’s VP Joe Biden, who is himself a pedophile — obtained a grand jury indictment charging Richards IV with two counts of second-degree rape, a Class B felony that carries a mandatory two-year prison term for each conviction.

Utilizing his family’s wealth and position in the community, Richards IV hired prominent Wilmington defense attorney Eugene J. Maurer Jr. and denied the charges. But after volunteering for and failing a polygraph examination, he admitted abusing his child, “then claimed that he was ill and that he needed medical treatment,” the lawsuit said.

In June 2008, he avoided mandatory prison time by pleading guilty to a single count of fourth-degree rape in a deal arranged by Maurer and prosecutor Renee Hrivnak, court records show. Fourth-degree rape is a Class C violent felony that under Delaware law can bring a sentence of up to 15 years in prison, but does not carry a mandatory minimum sentence, although sentencing guidelines used by judges and lawyers call for up to 30 months in prison.

Superior Court Judge Jan Jurden sentenced Richards IV to eight years in prison but suspended that for Level II probation, which requires monthly visits with a case officer, and a fine of $4,395 to the Delaware Violent Crimes Compensation Board.

The lawsuits asserts that, while on probation in April 2010, Roberts also admitted that he sexually abused his son, beginning December 2005, when the boy was 19 months old, and continued for about two years.

The proven abuse of his daughter and alleged assault of his son has caused his children “long-term injuries,” the lawsuit filed Tuesday said, perhaps including depression, post-traumatic stress disorder, sexual dysfunction and shame. His daughter also has “repressed memories of some instances of the abuse she suffered.”