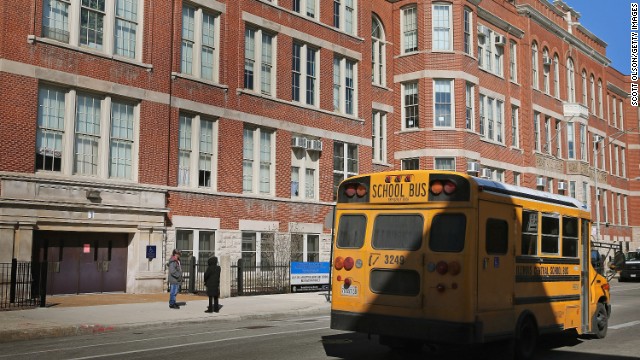 The state of Illinois is broke (has the state passed a budget yet?), and the dysfunctional city of Chicago is a big reason why.

This is how unsustainable and plain insane Chicago is — the city’s public schools system will pay more in interest ($850 million) than the amount of the loan ($500 million).

According to an analysis by the Chicago Tribune, the loans carry interest rates of 7.25% to 7.65%. CPS will pay off the loans over 25 years, at roughly $35 million a year in interest.

That means that by the time the loans are paid off in 2042, the Chicago school district will have paid more than $850 million in interest on the original $500 million loans — making the total cost of CPS’s loan repayment a staggering $1.35 billion. By 2042, students entering kindergarten this fall will be in their mid-30s.

The $500 million long-term loans came shortly after the district borrowed $387 million in short-term loans from JPMorgan to cover a pension payment. Those short-term loans generated nearly $70,000 in interest a day over the summer.

The district plans to use $229 million from the $500 million loans to recoup losses on bonds from previous years. The district will also reimburse itself $31 million in capital expenses from past years. This tactic of using new loans to pay off old debts is known as “scoop and toss,” a method of covering deficits from years of financial recklessness.

The state’s lawmakers are attempting to bail out CPS as part of Illinois’ new education funding plan. But if CPS is unable to secure funding from the state to pay off the loan, the district already has stated it plans to look to property taxes to pay off its ever-mounting debts.

Despite having taken out a total of $887 million in loans over the last two months, CPS students and parents may not notice any large improvements in the classroom come fall, as CPS has used its dependency on short-term borrowing to make payments on pension debt rather than using the money to fund classrooms.