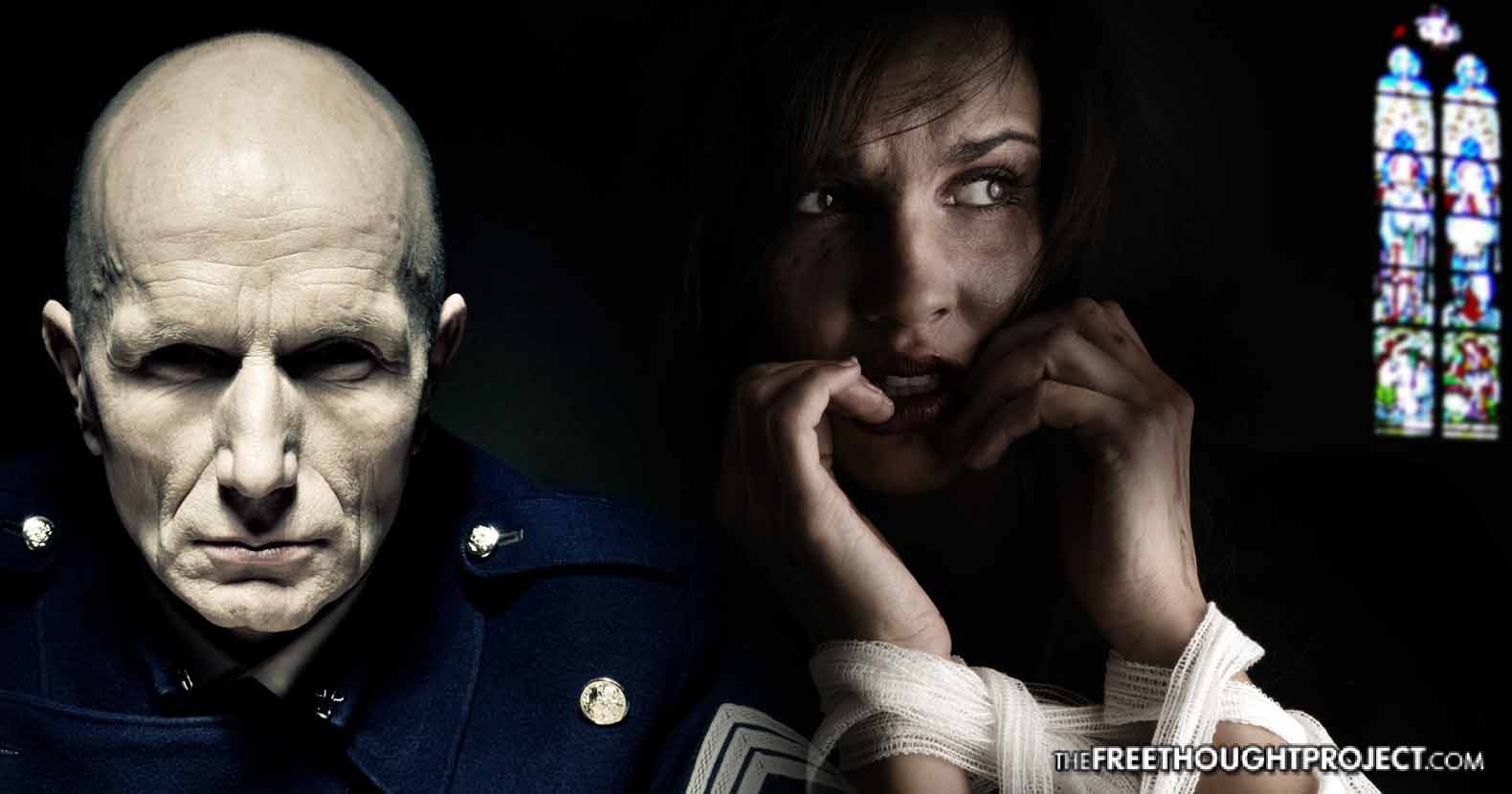 From Seattle to Tuscaloosa, police arrested more than 1,000 people in just one month — including a law enforcement officer and pastor — as part of a sweeping crackdown on child sex offenders, and juvenile and adult sex trafficking in the United States.

Police from 37 departments in 17 states participated in the annual National Johns Suppression Initiative — a regular effort to ostensibly crack down on human trafficking and illegal sex work — rescuing 81 adult and child victims and arresting 1,020 people from Seattle to Chicago, and Texas to Tuscaloosa in the month-long effort spearheaded by Cook County, Illinois, Sheriff Thomas J. Dart.

Meanwhile, CNN reports, “In Arizona, officials said more than 400 people were discouraged from buying sex when they received texts, calls or Web browser redirects informing them about the impact of the illegal sex industry.

“Dart announced Thursday that his office will begin efforts to create a public database that lists sex buyers who are caught for a second or subsequent time.”

Reports say more than 8,000 people have been arrested during the National Johns Suppression Initiative — just since 2011 — as the project continues taking aim at human trafficking and prostitution by arresting patrons, johns, pimps, and other sex offenders, while finding victims the assistance they may need.

On the surface, the news of more than 1,000 arrests sounds productive, if not sorely needed; but, scratch the gilding from this supposed payoff, and controversy — particularly that surrounding what many now view as an anachronistic view of sex work — bubbles furiously to the top.

As Elizabeth Nolan Brown pointed out sardonically for Reason, following a previous johns bust in 2015, “These coordinated efforts to entrap people around the country lead to large initial arrest-counts, ensuring them prominent placement in U.S. media. But few outlets ask questions about specific charges, merely accepting police PR that these were predators arrested and not largely adult men and women trying to have consensual sex. Nor do many folks follow up on the results of these stings. If they did, it would become clear that the ‘National John Suppression Initiative’ has naught to do with stopping sexual exploitation of minors.”

Charlotte Alter, who accompanied police during stings for the initiative in Cook County for TIME Magazine, notes, “some human rights organizations, most recently Amnesty International, advocate for the decriminalization of all aspects of sex work, including buying sex.”

Indeed, the International watchdog organization published its policy on protection of the world’s sex workers in 2015. Reiterating the contents of that policy in May last year, Amnesty wrote,

“The policy makes several calls on governments including for them to ensure protection from harm, exploitation and coercion; the participation of sex workers in the development of laws that affect their lives and safety; an end to discrimination and access to education and employment options for all.

“It recommends the decriminalization of consensual sex work, including those laws that prohibit associated activities—such as bans on buying, solicitation and general organization of sex work. This is based on evidence that these laws often make sex workers less safe and provide impunity for abusers with sex workers often too scared of being penalized to report crime to the police. Laws on sex work should focus on protecting people from exploitation and abuse, rather than trying to ban all sex work and penalize sex workers.”

One approach against the illicit sex industry, called the “Nordic Model,” developed in Norway and practiced by authorities in Canada, combats the entangled issues of human trafficking and consensual sex work — by arresting and penalizing customers and pimps, rather than prostitutes, who receive job and other assistance instead of jail time.

Authorities across the U.S. have employed the Nordic Model — including the head of the initiative. TIME reports,

“Dart only has jurisdiction in Cook County, but he’s encouraging officers from all over the country to try the buyer-focused approach. Some cities, like Seattle, have developed their own versions of this strategy but traded notes with Dart. Others, like Phoenix, Cincinnati and Houston, followed Dart’s lead on demand suppression. More than 70 agencies have participated in at least one of Dart’s operations, with more than 2,900 buyers arrested across all jurisdictions since 2011. […]

“Some human rights groups take issue with this approach. On August 11 [2015], Amnesty International voted to recommend the complete decriminalization of prostitution, both for the buyers and sellers, saying that criminal laws against the consensual adult sex trade violates the human rights of sex workers. While UNAIDS and the World Health Organization have previously called for the decriminalization of sex work for public health reasons (in order to stop the spread of sexually transmitted diseases), and other groups have advocated the same, Amnesty International is the first major international human rights group to issue a full-throated global public policy recommendation for lifting laws against buying and selling of sex purely on humans rights grounds. Amnesty can’t make or enforce laws, but its recommendations carry international weight.”

Fraught doesn’t begin to describe contention internationally over sex work, human trafficking, child exploitation, and similar issues; but, while heavy-handed operations like the Johns Initiative perform a vital role in rescuing victims who might otherwise have slipped through the cracks or gone unnoticed, human rights advocates maintain the only means to combat sexual, criminal exploitation of youth and adults is to legalize sex work — making regulation, health screenings, insurance, and other benefits available to adults in a voluntary profession — theoretically freeing authorities to target child predators and other offenders.

Theoretically, decriminalization of sex work would play out similarly to that of drugs — a decade-long attempt by Portugal to stem violence, curb prison populations, and rein in an addiction epidemic proved taking punitive drug laws off the books works: the nation achieved all three goals and more. Advocates of legalized sex work posit a similar result, with police free to throw resources at cases of true exploitation and trafficking.

Detractors contend elevating prostitution to acceptable will exacerbate the issue by orders of magnitude, by fueling a parallel black market — similar to reports legal cannabis areas of the U.S. have reinvigorated illicit sales.

Undoubtedly, dragnets targeting prostitution and human trafficking serve victims by connecting them to the appropriate aid and locking true abusers and exploiters away from further criminal activity. Indeed, there are enough stories on a weekly basis, in America and across the globe, that show an epidemic of child exploitation is fostering and in dyer need of being brought to a halt.

However, it’s imperative to keep in mind corporate media’s penchant for shock and awe to deliver a criminally oversimplified version of exceedingly complex truths — and the National Johns Suppression Initiative has thus far been no exception.

Disingenuously presenting a law enforcement operation as only good cheats the child and adult trafficking victims who could have been rescued — were consensual sex work not a focus of policing at all.

“We realize that decriminalization is not a magic bullet for all of the harms faced by sex workers,” wroteMargaret Huang, Amnesty International USA’s interim executive director, in response to a criticismappearing in Rolling Stone of the organization’s advocacy of legal sex work, in June 2016. “Which is why our policy also calls for governments to protect sex workers from harm, exploitation and coercion, and calls for education and employment options for sex workers. Sex workers must also have a say in developing laws that affect their lives and safety. But without decriminalization, they cannot expect equal treatment under the law to achieve these ends.”