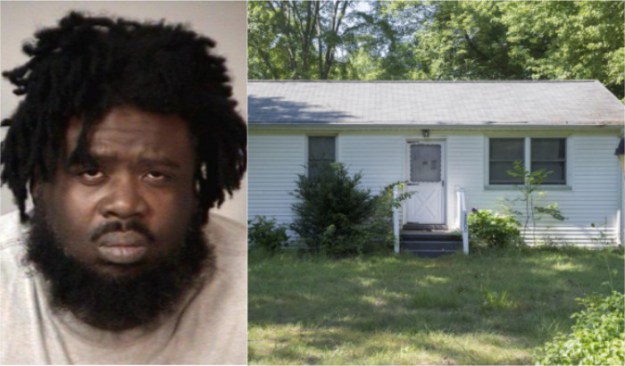 All in accordance with Islam’s most sacred texts and teachings.

It’s not just the “Islamic State.” Sex slave auctions are rife throughout the Muslim world. Sex slaves are sanctioned, even encouraged under Islam.

The Islamic State invokes the Quran chapter and verse. Sex slaves are war booty. Following a victory, Muhammad would usually distribute the captives, both male and female, as slaves to his soldiers. And Muhammad is the “perfect example for Muslims.” According to Islamic law, Muslim men can take “captives of the right hand” (Qur’an 4:3, 4:24, 33:50). The Qur’an says: “O Prophet! Lo! We have made lawful unto thee thy wives unto whom thou hast paid their dowries, and those whom thy right hand possesseth of those whom Allah hath given thee as spoils of war” (33:50). 4:3 and 4:24 extend this privilege to Muslim men in general. The Qur’an says that a man may have sex with his wives and with these slave girls: “The believers must (eventually) win through, those who humble themselves in their prayers; who avoid vain talk; who are active in deeds of charity; who abstain from sex, except with those joined to them in the marriage bond, or (the captives) whom their right hands possess, for (in their case) they are free from blame.” (Qur’an 23:1-6)

(FREDERICKSBURG, Va.) — A woman and her two children escaped from captivity inside a home in Virginia when deputies were sent to check on their welfare, authorities said.

The woman, 32, was hospitalized in serious condition with untreated health issues, and her children were staying with family members after also receiving medical attention, The Free Lance-Star reported.

The woman and her children ran out a side door as deputies spoke with Kariem Ali Muhammad Moore, who had been reluctant to let them inside, Carey said.

They had gone to the home after a caller asked for a welfare check, expressing concern that no one had seen nor heard from the family in quite some time, he said.

Moore, 43, was arrested at the scene on Saturday, and held without bond at the Rappahannock Regional Jail on multiple felony counts including abduction and assault. It wasn’t clear if he has a lawyer.

The family told deputies that they had not been allowed outside the home in at least two years. The woman is Moore’s girlfriend and he is believed to be the children’s father, Carey said. Moore was unemployed and apparently rarely left the home, Carey said.