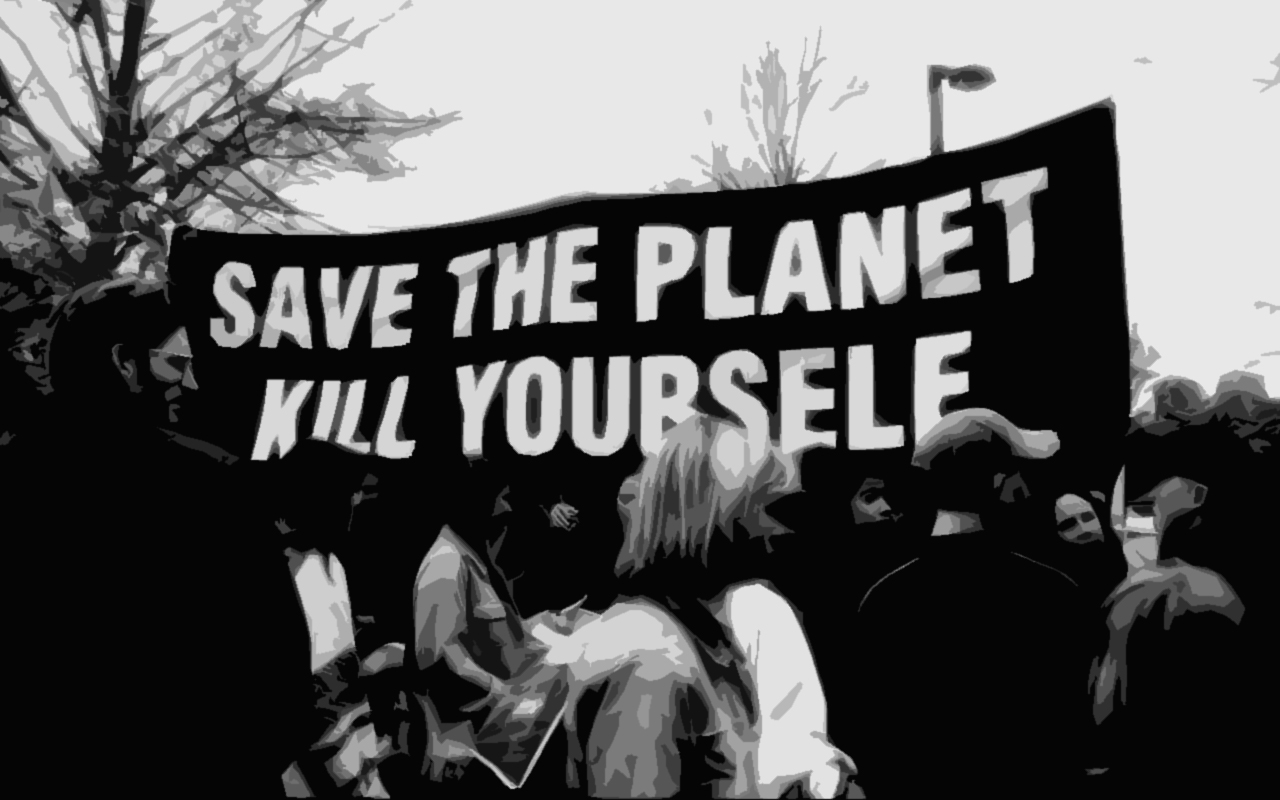 “The planet wouldn’t need saving if willing prosecutors had gone after high-level criminals (corporate, banking, war-mongering) with hammer and tongs. Now, the very people who escaped such prosecution have emerged as the leaders of the ‘save the planet’ movement. That’s called a clue.” (The Underground, Jon Rappoport)

It’s supposed to sound like a label from a bygone age when people were combing US government offices for hidden Soviet spies.

Collectivism is tied to other obsolete slogans like “Better dead than Red” and “America, love it or leave it.” In other words, we’re supposed to think collectivism was simply a trendy idea that ran out of steam.

You know, a bunch of crazy paranoids were warning everybody the sky was falling, but it wasn’t. They yelled COLLECTIVISM IS COMING, WATCH OUT, but nothing happened.

Well, the truth is, collectivism won its war.

So it changed its name. It became a thousand names behind a thousand masks.

If we win this fight to preserve freedom in America, will people understand what The Individual means? Or will we they be so brainwashed that they’ll preach and teach freedom for The Group, the Collective?

Consider the actions and words of the last few presidents. Have any of them made The Individual the basis of their rhetoric?

The answer, of course, is no. And Obama has been the worst of them in that regard. Obama is, you might say, the natural evolution of the eradication of The Individual. He’s focused all his attention on groups.

He bemoaned the unemployment rate in “the public sector,” which is the drone-core of the collective. He emphatically demeaned the individual entrepreneur (“you didn’t build that”).

Under Obama, the collective became a messianic force. As if, in its vague and undefined way, it would save us all.

Yet, for every significant enterprise in human history, the individual vision comes first.

It is the launching pad.

The energy and inspiration of one person is the thing without which nothing happens.

Where is this taught in our schools? Where do we hear this in churches? What corporations explain this? How many parents make this clear to their children?

The major media certainly don’t bother with it. Psychologists don’t study it or comment on it. Who is funding studies on the power and vision of the free individual?

The Individual is supposedly passe.

An overwhelming number of Americans can no longer conceive of themselves as free and powerful individuals.

I, for one, think about the free and independent individual every day. The very idea is a North Star that allows a person to navigate his life.

In uncountable ways, we are being drawn into the orbit of The Group. One group or another. We are told, directly or subtly, that everything we do is connected to other people, and that connection is the defining impulse which shows us what we are. We are THAT and nothing else.

Why did George Orwell write 1984 about Winston Smith, one individual? Because he wanted to show the effect of the all-consuming State on its primary target: one person. Is that the way the book is read and taught now?

Through devious means, the media twists “individuals” into “lone individuals,” a phrase we’re all too familiar with. These are the mysterious psychopaths who commit vicious crimes.

According to collectivism, to be saved IS to recognize that one is a cell inside an interdependent collection of cells. That is the premise. That’s the trendy thing to believe.

What do you think Globalism and the New World Order are all about? They are the apotheosis of The Group, disguised as humanitarian service to The Good.

This is a cold calculated propaganda operation. It sells because people, when they become aware of suffering, want to reach out and end it. That impulse is preyed upon by the Globalist vultures, twisted, redirected, and harvested.

On a personal level, many individuals become aware they can discover and invent visions of grand achievements and futures; then they hesitate; they balk, they feel alone; they don’t have the staying power to rebel against the Mass. They find a group into which they can retreat. They remain there. They hide from themselves there. They hope their self-induced amnesia will last. They invent reasons and stories and myths to explain their retreat. They seek confirmation they’ve made the right choice. They find other individuals like themselves, who’ve surrendered. They form bonds. They collectivize.

Now we are told the individual’s highest aspiration or vision must be service to the group. Thus the whole matter of “the greatest life” is presumed to be settled. It’s no longer worth re-thinking.

This, of course, is propaganda. In many ways, from many angles, it’s taught and implied in our schools. Children learn to parrot the appropriate phrases. They utter them proudly.

Look at how “one world striving together” has been used by Globalists in the last 65 years. We have, for example, the GATT Treaty, which gave birth to the World Trade Organization. And we have lesser treaties, like NAFTA and CAFTA, which were designed along the same lines.

These treaties have led to the enormous outsourcing of jobs and the flight of industrial factories. As Sir James Goldsmith pointed out, this is a completely criminal and insane policy. It means that the industrial countries have had to compete on impossible terms with countries where workers will produce goods for next to nothing.

From the World Trade Organization has come the pernicious standard called Harmonization. It means that food policy and medical policy and health policy and trade policy—and eventually military policy and limited free-speech policy and judicial policy—are all arranged on an international basis. No more sovereign choices and no more sovereign nations. Again, this is the real and brutal face of the collectivist slogan, “We’re all in this together on planet Earth.”

At the heart of the operation is the premise that the free and powerful individual, seeking his highest vision, seeking his greatest achievements, is defunct.

And most of all, I’m talking about the individual human being SURRENDERING to the idea that he is unimportant, that he only counts in reference to other people, that he has no real power, no real imagination, no great vision, no great status.

Status ultimately is reserved for the collective.

In my life, I’ve known people, and I’ve seen people, who’ve launched and built and created enterprises of one kind or another…and then turned around and preached the primacy of the group.

Instead of standing as an example of what one person can do, a TRUTHFUL example, they betrayed all that and became advocates for the collective.

Some of these people have been co-opted, but many just failed to understand their own psychology. And then there were people who refused to think of others as individuals:

“Well, yes, I built that, but I know you can’t. So I’m here to help you, to put you into the mass, the group, the collective.”

Could they be more patronizing?

“Yes, I’m a big person, but you’re a little person. Don’t worry. I’ll show you the way. WE’RE ALL IN THIS TOGETHER.”

And standing nearby, the real movers and shakers in the Globalist Club are cheering.

They live for the erasure of the individual. And they have lots of friends.

But here’s an irreversible clue. They don’t have THE INDIVIDUAL.

Consider this idea: a college is formed on the basis of one question, aimed at each entering student: WHAT DO YOU REALLY WANT TO CREATE IN YOUR LIFE?

For four years, every student wrestles with that question, writes about it, talks about it—and every course comes back to that point of view. History, literature, biology, logic, mathematics—it’s all framed around the student learning and using that learning to answer the one burning question that will guide his future.

As an individual, shaking off the dead coils of The Collective.