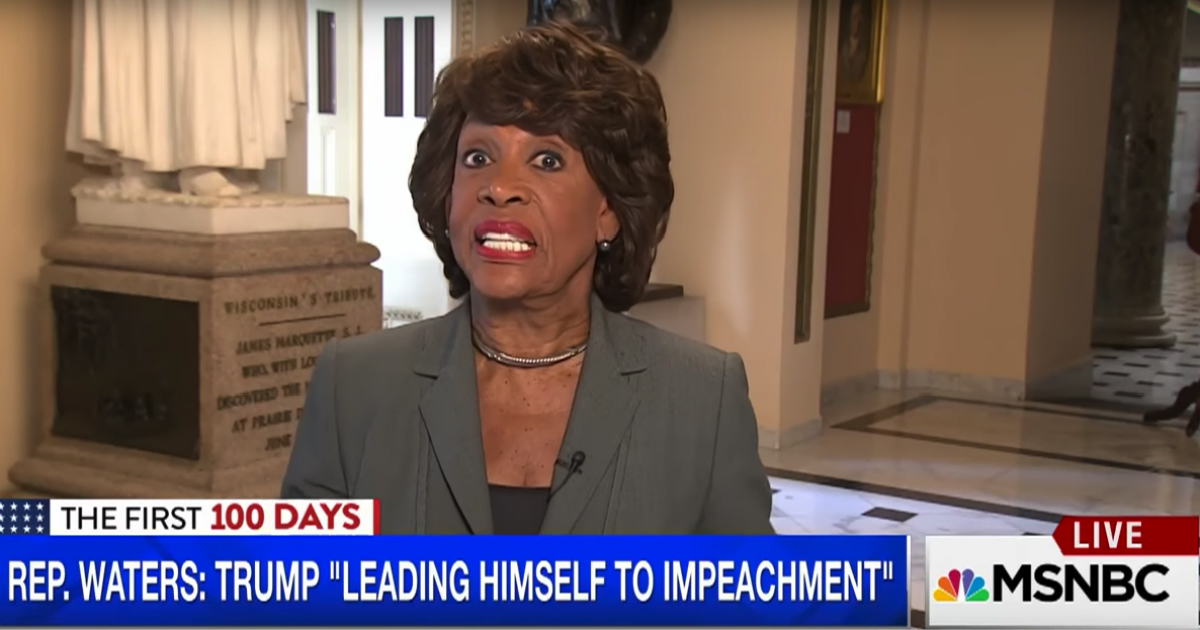 Massoglia stared at the paperwork for hours and simply could not make the math work.

Between high priced dinners, paying her daughter exorbitant amounts, and paying for big fundraising events it seemed that Rep. Waters should be broke… but she’s not.

Waters seems to be swimming in cash, which is odd because her individual donations for the year were less than $15K!

In fact, Waters spent $5K for a fundraising dinner, which seems like a waste of money considering she only raised $15K for the entire year. This is a highly unusual imbalance and one that probably deserves a lot more scrutiny.

Campaign finance thread: Made the mistake of randomly falling down the wormhole that is Congresswoman @MaxineWaters' quarterly FEC filing… pic.twitter.com/eV0VBo0dUx

Q2 saw another $8,500 to Maxine Waters' daughter, who has racked up hundreds of thousands from her mother's campaign https://t.co/53Q8X1NyGo pic.twitter.com/jF55ORQSyi

We’ve talked about Maxine Waters odd money before (here, here, and here), and Congress has been concerned about it in the past too.

This is a woman who has been named “Most Corrupt in Congress” on 4 separate occasions by a non-partisan watchdog.

Sadly as of yet, no one has done much digging into the Congresswoman’s financial dealings.

Maybe that should change?

Wouldn’t it be nice if some enterprising conservative organization would start digging to see if they can find any ‘gold in them there hills’?

How does a woman who makes less than $200K a year, live in a $5 Million home, and then live such a lavish lifestyle? The math simply doesn’t add up.