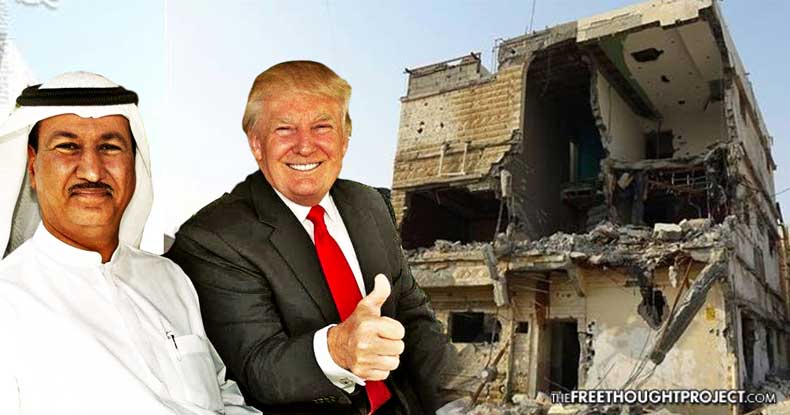 Reports coming out of Awamiyah, a city in Saudi Arabia’s eastern province, have included accounts of civilian deaths, water and electricity being shut off, and entire neighborhoods being destroyed—all at the hands of the Saudi Regime.

This type of treatment began in 2011, when hundreds of Saudi military tanks were sent to the region, which is heavy in oil production, claiming it was solely as a show of force to the government in the neighboring country of Bahrain.

Saudi military forces have escalated tensions over the last week, and their destruction of the historic al-Mosara district—an area many opposition fighters have used as a refuge—has led to reports of at least eight civilian deaths, one of which occurred as Saudi Police opened fire on a bus transporting civilians out of the city.

According to the Middle East Eye news portal, activists on the ground are reporting that residents have been “driven out of their homes, while their property has been confiscated by private development firms,” and that Saudi military forces have been “firing randomly at homes and cars in Awamiyah, destroying or setting fire to several houses and shops.”

In addition to killing innocent civilians at random and torturing citizens of Awamiyah by destroying their homes and taking away their water and electricity, the Saudi regime has also tormented the region by holding mass executions for individuals who are convicted of “protesting” the government.

Saudi Arabia is currently planning to execute 14 men from the Shia-populated region on protest-related charges. According to court documents, the men were convicted of charges such as “inciting chaos, organizing and participating in riots,” “armed rebellion against the ruler,” and “preparing and using Molotov Cocktail bombs.”

The Supreme Court has upheld their death sentences, and now the only thing that stands between them and execution is King Salman’s signature. However, it should be noted that these men were convicted en masse after a secret trial carried out in Saudi Arabia’s infamous Specialized Criminal Court, which has a reputation for being used to silence political dissidents.

As The Free Thought Project has reported, one man who is set to be executed is Munir Al Adam, a 23-year-old deaf and blind man who was convicted of peacefully protesting during a wave of anti-government protests in 2012. While he initially confessed to the accusations, human rights advocates have insisted that he was tortured, his disabilities were ignored, and his conviction was based solely on the confession he made under duress.

Another man facing execution is Mujtaba al-Sweikat, who was also charged with protesting in 2012 when he was 17 years old. He was arrested as he was boarding a plane to fly to the U.S. to attend Western Michigan University. The men have been moved to the site where most public executions are carried out, typically in the form of beheading.

As ZeroHedge noted, the month of July has already included over “26 executions in a 3-week period,” which brings the total to over 60 executions so far in 2017.

How has the United States responded? In addition to making Saudi Arabia the first stop on his first international trip as president, Donald Trump has responded to the regime’s repeated human rights violations by signing the “single largest arms deal in U.S. history,” and promising Saudi Arabia $350 billion in weapons over the next 10 years.