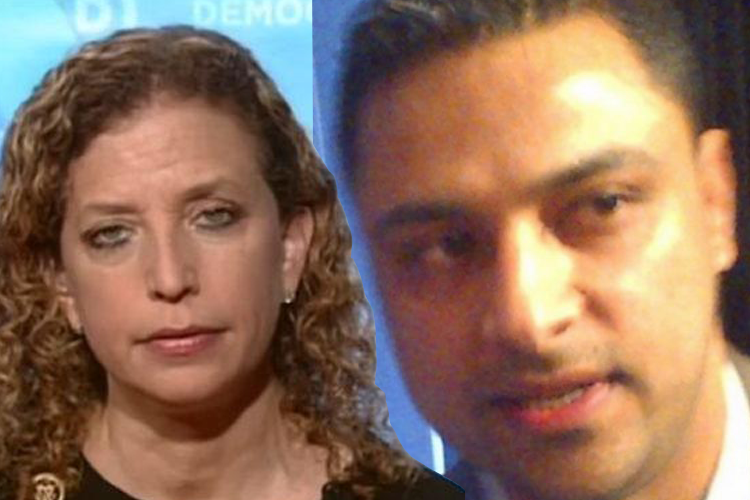 The Florida representatives fought to keep Capitol Police from looking at the computer as evidence in a criminal case against her IT guy, Imran Awan.

She threatened “consequences” on May 18 for the chief of the Capitol Police unless the laptop was returned — despite police contending it was needed to help determine whether a staffer may have violated the House’s cybersecurity.

“This was not my laptop. I have never seen that laptop. I don’t know what’s on the laptop,” she said Thursday. She said it was Imran’s laptop but purchased using taxpayer funds from her office.

After the exchange with Capitol Police Chief Matthew Verderosa, Wasserman Schultz fought to block access to the laptop so vehemently that she hired an outside law firm to argue constitutional issues, an exceedingly rare step.

In the May hearing on the Capitol Police’s budget, she repeatedly posed hypotheticals about if a member loses their laptop and it is found by police. The police chief, clearly aware of the situation to which she is referring, says if the laptop belongs to a criminal suspect, it may be seized as evidence.

“If a Member loses equipment and it is found by your staff and identified as that member’s equipment and the member is not associated with any case, it is supposed to be returned. Yes or no?… My understanding is the the Capitol Police is not able to confiscate Members’ equipment when the Member is not under investigation,” she said.

She opened her questioning of Verderosa by saying “I’d like to know how Capitol Police handle equipment that belongs to a member or staffer that’s been lost in the Capitol complex and found or recovered by one of your officers. What happens?”

But after Verdosa said “if it’s part of an ongoing case, then there are additional things that need to be done,” she repeatedly characterized the hypothetical laptop as that of a member.

The claim that it’s her computer, but not her computer demonstrates the lengths criminally-minded Democrats like Wasserman Schultz will go to in order to obstruct justice and cover their own dirty backsides.

“I mean in a specific sense,” the staffer said. “If the member loses the equipment, says they lose the equipment, and it is found by the Capitol Police, it is supposed to be returned.”

“If ownership has been established, it will be returned,” said the chief. “If it’s subject to an ongoing investigation, there are additional things,” the chief said.

She concluded: “I think you’re violating the rules when you conduct your business that way and you should expect that there will be consequences.”

I would think there would be consequences for Wasserman Schultz ignoring the Sergeant-At-Arms warning about her IT guy. I would think her push to keep the laptop from being investigated would warrant consequences against her.

I would think her push to keep the laptop from being investigated would warrant consequences against her.

Though she acknowledged that Imran was suspected of illegally transferring data, she refused to fire him until after his arrest when he attempted to flee to Qatar and Pakistan.

She said she would not fire him because she wanted police to share evidence with her. They refused to do so.

However, seeing that the laptop actually belongs to the people of the united States, since we paid for it, that should not be an issue.

Who is to blame for that?

Ultimately, he is and he knew better, but Wasserman Schultz either knew and didn’t care, knew and went along with it all or was completely ignorant of what was going on.

In either case, she seems unfit to hold any office after allowing this kind of behavior to continue and not dealing with it months ago.

Is she repentant in light of the information coming out about Imran? Nope, not one bit.

“I would do it again,” she said, saying she had “racial and ethnic profiling concerns.”

This is an issue of national security, not racial and ethnic profiling.

Additionally, she claims that Imran and his wife bought round trip tickets, but his wife is not expected to return, having taken all their possessions and the children and left, only to have hundreds of thousands of dollars waiting for her in Pakistan.

The FBI does not expect her to return.

“When you’re trying to flee, you don’t fill out a form with your employer and go on unpaid leave,” said Wasserman Schultz.

Sure you do, if you are trying to make things seem normal till you can actually leave.

More than that, she seemingly was prepared to pay him while he was in Pakistan.

So far, this scandal has even drawn in the usual suspects in the Democrat Party, including the Clintons, Nancy Pelosi and Andre Carson.

This is clearly a Muslim Brotherhood security breach, and it needs to end now.

Nevertheless, Wasserman Schultz should have dealt with this the moment she was warned. She didn’t do so.

Trying to keep police from investigating the laptop when she knew there was a security breach is downright criminal.

In my opinion, that makes her an accomplice after the fact of anything that transpired once she was warned.