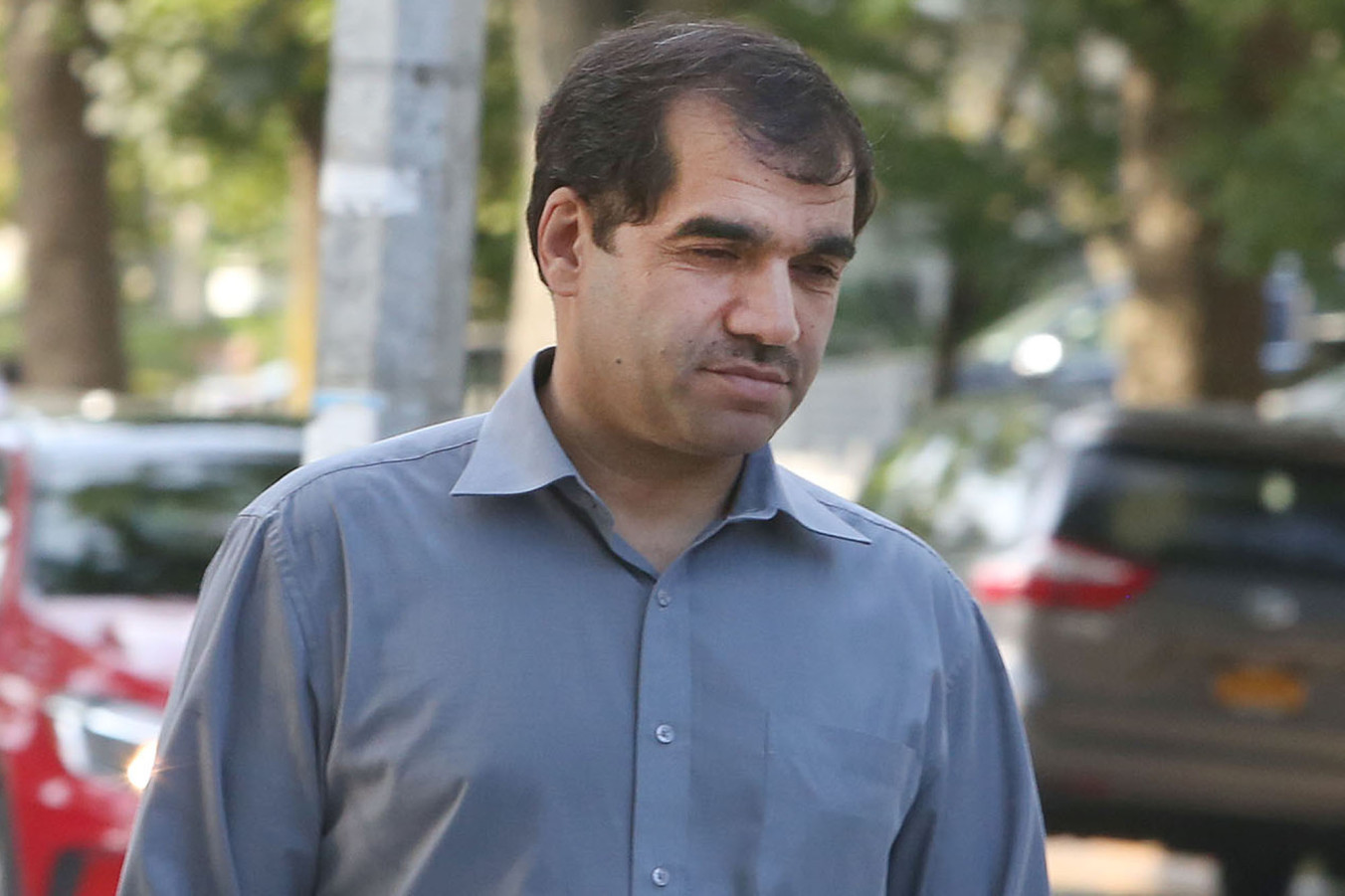 Imams instruct Muslim worshipers on the proper way to beat their wives. There are hundreds of videos, sermons and Islamic exhortations published here at GR from imams, Islamic preachers, sheikhs, et al, explaining the Islamic way, the proper way, to beat your wife.

The mandate to beat one’s wife is in the Qur’an:

“Men have authority over women because Allah has made the one superior to the other, and because they spend their wealth to maintain them. Good women are obedient. They guard their unseen parts because Allah has guarded them. As for those from whom you fear disobedience, admonish them and send them to beds apart and beat them.” — Qur’an 4:34

Muhammad “struck me on the chest which caused me pain, and then said: Did you think that Allah and His Apostle would deal unjustly with you?” — Aisha (Sahih Muslim 2127)

In a fatwa session posted online, Kuwaiti cleric Othman Al-Khamis cited the Quranic verse pertaining to wife-beating, and said: “The beatings must not be hard. It is more of a psychological beating, the purpose of which is to humiliate the wife.” He further explained that “he shouldn’t break her bones, and he shouldn’t beat her on the face.” A video of his statements was posted on his YouTube channel on January 31.

At some point, Aini then drove his wife to Flushing Hospital, where she eventually told workers he had pulled her hair, slapped her and punched her in the face, leaving her with swelling, pain and redness on her right eye, sources said.

Hospital workers called the police, who arrived at the medical facility at 4:30 p.m. Saturday, sources said.

But Mohammad, 46, could not be charged because of he is a counselor to the Afghan Mission to the UN, which gives him diplomatic immunity, sources said.

“Obviously, [the wife] was hurt enough that she went to the hospital and the hospital felt compelled enough to notify the police,” a source told The Post.

“I’m sure the hospital victims’ services referred her to get help. But if he’s not arrested, what can you do?”

Mohammad on Sunday denied to The Post that he hit his wife.

When a reporter asked to speak to his wife, he said she was not at home.

Mohammad Yama Aini will be investigated on his home turf by the Ministry of Foreign Affairs, Tolo News in Afghanistan reported.

Had his country’s government done nothing, Aini would have remained at his job at the Afghan Mission to the UN — protected by diplomatic immunity from any prosecution in the United States.

Meanwhile, one neighbor said Wednesday that the whole family, including Mezhgan, who appears in public only in a full burkha, is “so polite, so quiet.”