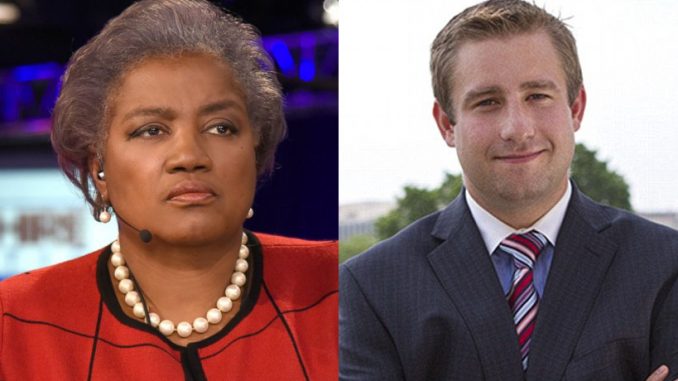 (INTELLIHUB) — The private investigator who spent months looking into the mysterious murder of former DNC staffer Seth Rich told a Fox News reporter that longtime Clinton operative Donna Brazile behaved like a person of interest in the case, according to a report by Big League Politics.

The shocking report cited text messages between Rod Wheeler and Fox News reporter Malia Zimmerman the day before Zimmerman released a much attacked piece about the Rich murder.

In one of the text exchanges, Wheeler claims that he spoke to Rich’s father who told him that former interim chair of the Democratic National Party Donna Brazile had called the family to inquire why Wheeler was snooping around.

“Additionally I talked with Joel Rich today via telephone to give him an update as to what are some of the concerns that I am finding with the investigation. Joel admitted to me that when I first got involved with this investigation and I started calling the police detective, Joel said Rod do you really know the reason why the Detective did not call you back when you were calling him? I said no what was the reason,” wrote Wheeler.

Wheeler then went on to directly state that Brazile was literally acting like a person of interest in the murder.

“So basically when I called the police department that information was immediately given to Donna Brazil and she caught Joe wanting to know why I was inquiring about Seth relationships at the DNC,” Wheeler continued. “As a police investigator that automatically makes me think that Donna Brazil is in a category of persons of interest as it relates to the death of Seth rich.”

Keep in mind that Brazile already has a long history of working with and for the Clinton machine, even going as far as giving the Hillary campaign townhall questions ahead of a debate through her work at CNN.

Brazile has also been instrumental in pushing the largely discredited narrative that Russia caused Clinton to lose the election despite evidence that indicates that at least some of the hacks cited actually originated from the DNC itself!