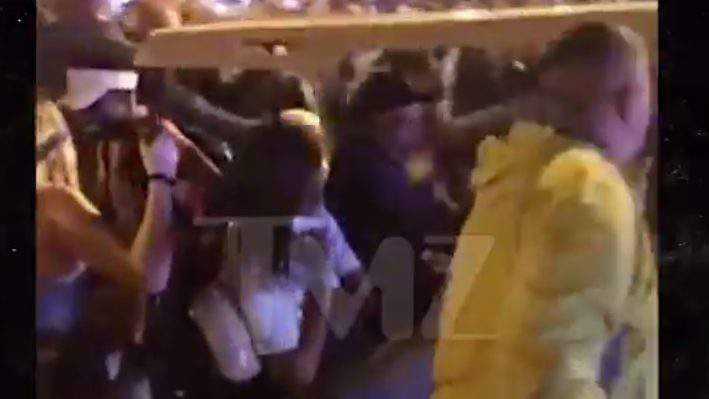 In the summer before she graduated from high school, her parents thought it appropriate for Malia to intern on Lena Dunham’s HBO show Girls — the edifying show that depicted naked sex scenes, including a man eating a woman’s anus.

After graduating from high school, Malia is notable for only one thing — making a public spectacle of herself at music fests and clubs, high on booze, marijuana, or some other drug.

A year ago, Malia twerked and exposed her butt at a Lolapalooza music festival.

The latest incident took place in Chicago on Friday night, August 5, 2017, at another Lolapalooza, where she threw herself onto the ground, writhing and banging her head.

TMZ reports that “looking kind of dazed,” Malia “needed a lift at the end of the night — as in a golf cart to take her out of the show.”

By the way, have any of you seen the Obamas as a family since they left the White House?

Obama has been vacationing non stop on billionaires’ yachts, without Mooch; she was sighted coming out of a health club. I haven’t even seen pics of the two together. And what happened to the younger daughter, Sasha, 16?

Malia’s and Sasha’s contract as Barry and Big Mike’s fake daughters must have expired. See: