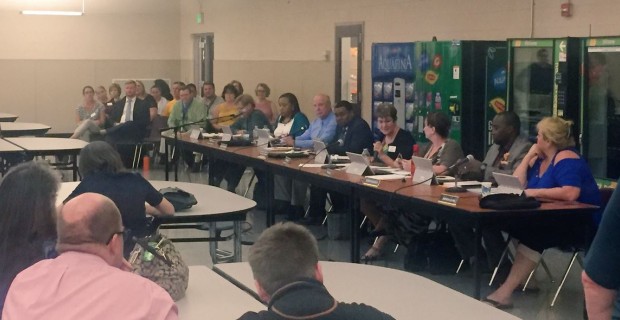 It reminds people of “lynching”

A school board in Oregon has voted to change the name of two schools named after a family called “Lynch” because it reminds people too much of the word “lynching,” which is offensive.

Commentary Magazine’s Jonathan Marks traces the issue back to 2015 when “Student activists at Lebanon Valley College briefly became national laughingstocks for demanding that the name of Lynch Memorial Hall be changed.”

The building was named after Clyde A. Lynch, who was “active in helping refugees settle in the U.S.” after World War II.

However, the hysteria has now returned and the Centennial School Board, covering Gresham and Southeast Portland, Oregon, just voted to drop the name “Lynch” from two elementary schools.

The schools were named after the Lynch family, who donated land that enabled them to be built in the first place.

The school board’s reason for changing the name was, according to Marks, because “It reminds some people of lynching.”

One of the schools will now be re-named Patrick Lynch to ensure that special snowflakes don’t get offended by a word.

The fact that America literally just had its first female African-American attorney general named Loretta Lynch renders the story all the more absurd.

“I find it hard to believe the district has received complaints from anyone apart from the professionally offended and those influenced by them, but even if it has, board members should not treat their constituents like children by pretending that a nonsensical demand merits action,” writes Marks.