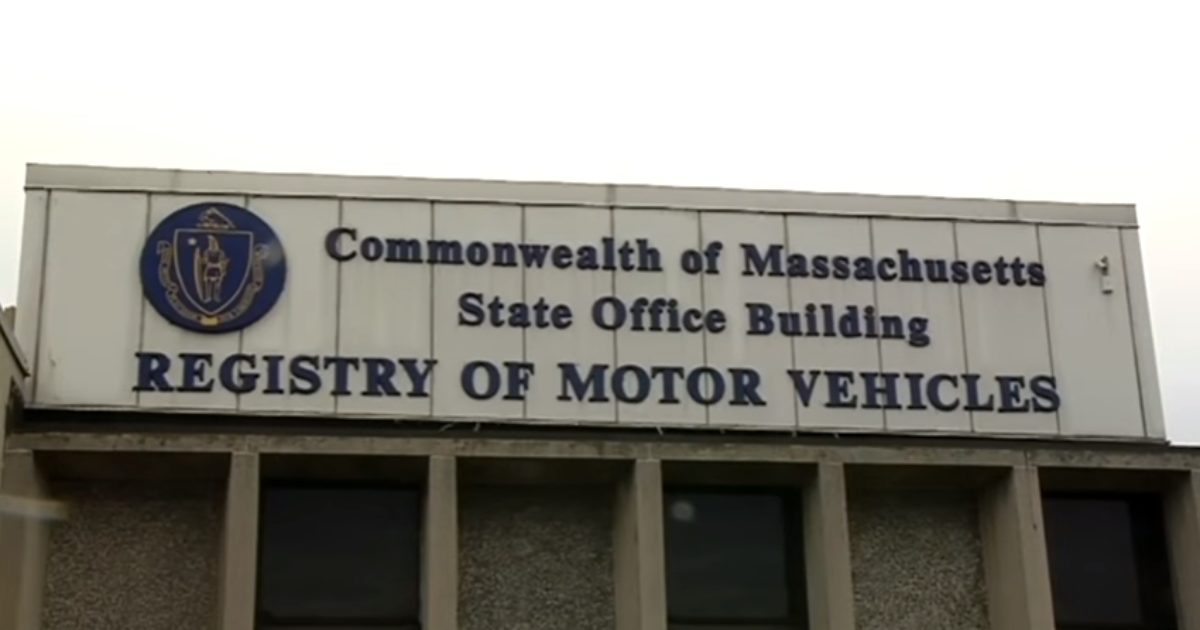 Immigrants who enter the US illegally not only violate immigration laws, but often violate a plethora of other laws in the process of coming into the country illegally. Now, a group of corrupt state workers have been busted in Massachusetts selling drivers’ licenses and state identification cards to illegals who obtained Puerto Rican documents on the black market, but that’s not all.

The purpose seems to be more sinister than merely to help these illegals get a car or a job.

According to the DOJ, some of the false identities and addresses were used to fraudulently register to vote in the City of Boston.

And I wonder if any of the accused or any of the illegals involved were voting Democrat. I’d almost be willing to put money on such a bet.

Medina, Gracia, Jordan, and Brimage were employed as clerks at the Haymarket Registry of Motor Vehicles.

Brea and Flako are alleged to have conspired with the RMV clerks to operate the scheme.

First, it is alleged that Flako, the document dealer, sold a Puerto Rican birth certificate and U.S. Social Security card to Brea, the document vendor, for approximately $900.

Brea, in turn, sold the stolen identities for over $2,000 to clients seeking legitimate identities in Massachusetts.

These clients included illegal aliens, individuals who were previously deported, and an individual who admitted to previously facing drug charges.

After Flako sold Brea the false identification papers, Brea typically used the counterfeit documents and false identities and addresses to fraudulently register the clients to vote in the City of Boston.

Then, Brea and the client brought the stolen identities to the Haymarket RMV, where Medina, Gracia, Jordan, and/or Brimage would accept cash to illegally issue authentic RMV documents, including Massachusetts licenses and ID cards.

The clerks also accepted cash to use the RMV’s system to run queries, including Social Security number audits, to confirm that the identities the clients were stealing actually belonged to verifiable individuals.

At that time, Judicial Watch reported:

There has been a rise in the number of cases involving the use of false Puerto Rican birth certificates by illegal immigrants, according to a south Florida newspaper report that focuses on the specifics of a recent case. It involves an illegal alien from Colombia arrested in Florida after trying to get a U.S. passport by claiming to be an American citizen born in Puerto Rico. The 35-year-old man, Edinson Canaveral Sánchez, used a fake Puerto Rican birth certificate to get a valid Florida driver’s license more than three years ago.

The newspaper article points out that this case is the latest in a series involving the use of fake Puerto Rican birth certificates by illegal immigrants in south Florida. In the last year alone more than 12 cases have surfaced in Miami federal court, the story reveals. The defendants, all Spanish-speaking illegal aliens, have all illegally obtained Puerto Rican birth certificates to get American passports or driver’s licenses. Sánchez has been criminally charged and is scheduled to be tried this month in a Broward County federal court.

It turns out that fraud involving Puerto Rican birth certificates has been pervasive for many years, yet the U.S. government and its various agencies accept the documents blindly. The problem got so out of control that back in 2010 Puerto Rico’s government invalidated every birth certificate and issued new ones considered to be safer. One mainstream news report called it a “radical solution to what many say has been a serious and growing crisis involving Puerto Rican birth certificates, which are used to apply for everything from U.S. passports to Medicaid.”

The same report, published in April, 2010, revealed that the U.S. State Department was well aware of the problem. In fact, the agency estimated back then that a mind-boggling 40% of all U.S. passport fraud cases involved Puerto Rican birth certificates. Four years later, a separate news report confirmed that little had changed, that the fraud is still rampant. Here’s an excerpt of the story published in the summer of 2014 by a Florida-based nonprofit investigative journalism outlet: “Counterfeit, altered or stolen birth certificates coming from Puerto Rico are the Holy Grail to Florida’s undocumented. With a phony birth certificate you can live the American dream. You can also enroll in school, land a job and get a driver’s license.”

The question should be asked, why are there no charges related to conspiracy to commit voter fraud?

Judicial Watch is looking into that.

“The case is the latest of many illustrating that there’s an epidemic of voter fraud in the U.S. that’s seldom reported in the mainstream media,” Judicial Watch reported. “It’s not clear how many false identities and addresses were used to fraudulently register to vote in Boston, but the feds indicate that it occurred in multiple cases and Judicial Watch is investigating the matter as part of a five-year-old Election Integrity Project. ”

This is just the tip of the iceberg when it comes to crimes regarding illegal aliens.

A Jake MacAulay pointed out recently, the “productive” illegal alien will likely violate up to 28 different laws before he received his first payment for a job he obtains, if he obtains one.

Among those violations are: