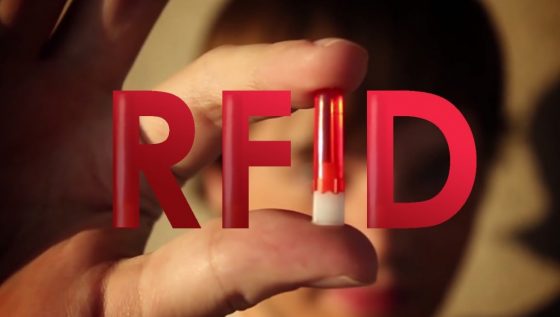 The powers that be in the media and government want us to know one thing: you will be micro chipped, whether you like it or not. And it’s only a matter of time.

Controversy surrounded the micro chipping of human employees at a Wisconsin firm. The Three Square Market embedded microchips in some of their employees last week to ditch company badges, corporate logins, and wallets. Employees may now also make purchases through their micro chip in the company’s break room. The Internet exploded with many saying they would never submit to being chipped like an animal. But the powers that be in the media, government, and education are saying “too bad. You will be chipped.”

“It will happen to everybody,” says Noelle Chesley, 49, associate professor of sociology at the University of Wisconsin-Milwaukee. “But not this year, and not in 2018. Maybe not my generation, but certainly that of my kids.” The government has made mention that they would like to microchipanyone who receives any form of government welfare in the recent past.

Straight from the tales of an oppressive dystopian future, in which government has all the power and can control your life with simply changing information on your RFID chip, embedded in your hand, comes the realization that microchipping is right around the corner. It may start with welfare recipients, but it won’t end there.

Gene Munster, who is an investor and analyst at Loup Ventures, is an advocate for augmented reality, virtual reality, and other new technologies. He thinks embedded chips in human bodies is 50 years away. “In 10 years, Facebook, Google, Apple, and Tesla will not have their employees chipped,” he says. “You’ll see some extreme forward-looking tech people adopting it, but not large companies.” The idea of being chipped has too “much negative connotation” today, but by 2067 “we will have been desensitized by the social stigma,” Munster says. Meaning, with enough propaganda, those who seek to rule and control others will have made micro chipping mainstream.

Munster says that Three Square Market’s (32M) decision to micro chip employees was a “public relations stunt” for the company to get attention to its product and it certainly succeeded. But “PR” is simply another word for propaganda, and we’re seeing it everywhere surrounding this particular issue. Edward Bernays, the psychologist responsible for his research on manipulating the human mind even gave a glimpse into this term.

And with 32M succeeding in their propaganda stunt, don’t be overly shocked when this issue starts being talked about with the frequency of “Russian election meddling.” Getting the small start-up company air time on most major mainstream media outlets, like ABC, NBC, and CBS, and generating headlines worldwide, the company, which sells corporate cafeteria kiosks designed to replace vending machines, would like the kiosks to handle cashless transactions. Their goal has to first be the destigmatization of being micro chipped as a human being.

In the U.S., Dangerous Things, a Seattle-based firm, says it has sold “tens of thousands” of chips to consumers via its website. The chip and installation cost about $200.

After years of being a subculture, “the time is now” for chips to be more commonly used, says Amal Graafstra, founder of Dangerous Things. “We’re going to start to see chip implants get the same realm of acceptance as piercings and tattoos do now.” –USAToday

In other words, more propaganda is needed to convince people that micro chipping is the answer to all of their ills. “It becomes part of you the way a cell phone does,” Graafstra says. “You can never forget it, and you can’t lose it. And you have the capability to communicate with machines in a way you couldn’t before.”

And we all should just get used to it, they say. It’s the future, and there’s nothing we can do about it, they say. At some point, rejection of a chip will mean you cannot buy or sell anything. It also means that whoever controls the chip can decide at any point to just turn it off, removing your life savings and every record of your existence.

Get used to it. There’s nothing you can do about it anyway, they say.