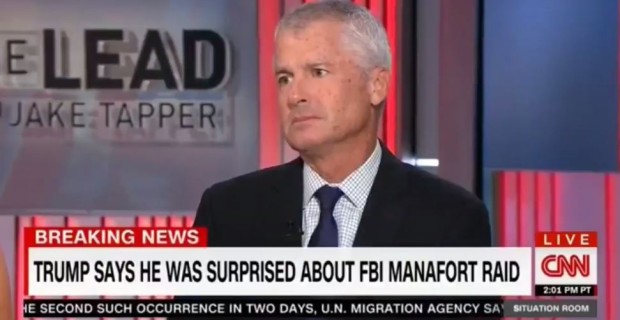 Mudd subsequently clarified that he meant the phrase metaphorically, but the comments have caused alarm amongst Trump supporters.

“Let me give you one bottom line – as a former government official, the government’s gonna kill this guy,” said Mudd.

“He defends Vladimir Putin, there are State Department and CIA officers coming home and at Langley and in Foggy Bottom CIA are saying, this is how you defend us?’” Mudd added.

CNN host Jake Tapper subsequently gave Mudd a chance to clarify his comments, remarking, “Obviously when you’re talking about killing you’re using that as a metaphor.”

“Well obviously yeah,” responded Mudd, before going on to say, “People talk about the deep state, when you disrespect government officials who’ve done 20 or 30 years, they’re gonna say ‘really – Vladimir Putin sends officers home and you support him before you support us?’”

Mudd’s clarification was odd because of his reference to the “deep state” immediately after he talked about the government killing Trump.

As we have exhaustively documented, talk of a deep state coup against Trump has been doing the rounds for months.

Pastor Rodney Howard-Browne recently claimed that he was told by a senior Republican Congressman that there was a plot to “remove Trump suddenly from office”. Browne said the plan was to “take the president out,” by a method other than impeachment or indictment.

In comments made during the Aspen Security Forum, former CIA Director John Brennan said that if the White House tries to fire special counsel Robert Mueller, executive branch officials should “refuse to carry out” that order, which is effectively a call for a coup.

Last month, Rush Limbaugh also told his audience, “There is a coup underway, being led by the media with accomplices in the Democrat Party and a number of international players, to reject the outcome of the election, to undermine the presidency of Donald Trump, and, if the wish list were realized, to get rid of him.”

Meanwhile, CNN has dispensed with pro-Trump commentator Jeffrey Lord because he offended a leftist on Twitter by making reference to fascism and Nazis, something that leftists do every single day.