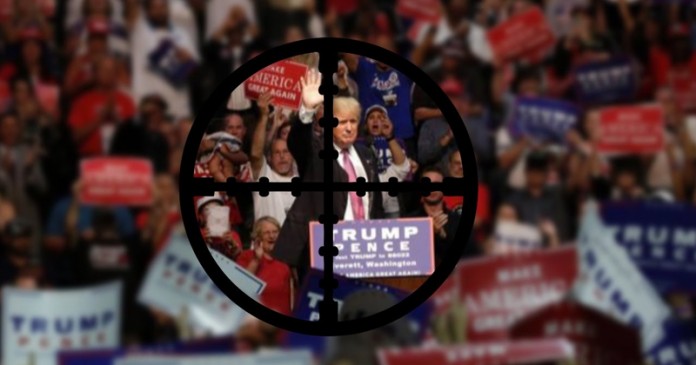 (INTELLIHUB) — In yet another stunning display of the very real deep state war being waged against Donald Trump, CNN talking head and former CIA agent Philip Mudd has openly threatened the president with murder.

“Let me give you one bottom line – as a former government official, the government’s gonna kill this guy,” Mudd stunningly revealed.

“He defends Vladimir Putin, there are State Department and CIA officers coming home and at Langley and in Foggy Bottom CIA are saying, this is how you defend us?” Mudd added.

After being given a chance to clarify by CNN host Jake Tapper, Mudd subsequently claimed that he was speaking metaphorically which even if believed literally means he is admitting that deep state operatives within the government are actively working against the elected president.

“Obviously when you’re talking about killing you’re using that as a metaphor,” Tapper asked.

“Well obviously yeah,” Mudd laughably responded before saying, “People talk about the deep state, when you disrespect government officials who’ve done 20 or 30 years, they’re gonna say ‘really – Vladimir Putin sends officers home and you support him before you support us?”

So there you have it. Un-elected “government officials” are openly working against the president, with help from the mainstream media, and now there is simply no denying this transparent fact.

Sadly, this is not the first time that Trump opponents have openly threatened the use of American intelligence agencies against the sitting president, with perhaps the most stunning example coming from Senate Minority Leader Chuck Schumer who famously warned Trump that the CIA was coming after him.

As Intellihub News reported at the time, “Schumer, speaking to MSNBC’s Rachel Maddow about Trump taking on the CIA assessment regarding Russian meddling in US elections, unleashed what can only be described as a threat to use the Central Intelligence Agency to attack a soon to be sitting president.”

“Let me tell you, you take on the intelligence community, they have six ways from Sunday at getting back at you,” Schumer told the admittedly hardcore anti-Trump media personality.

For his part, Mudd also has a long history of speaking for the deep state while pretending to be an “analyst” on CNN, even going as far as to directly lie when he called Wikileaks founder Julian Assange a pedophile. Eventually CNN was forced to apologize after being threatened with legal action.