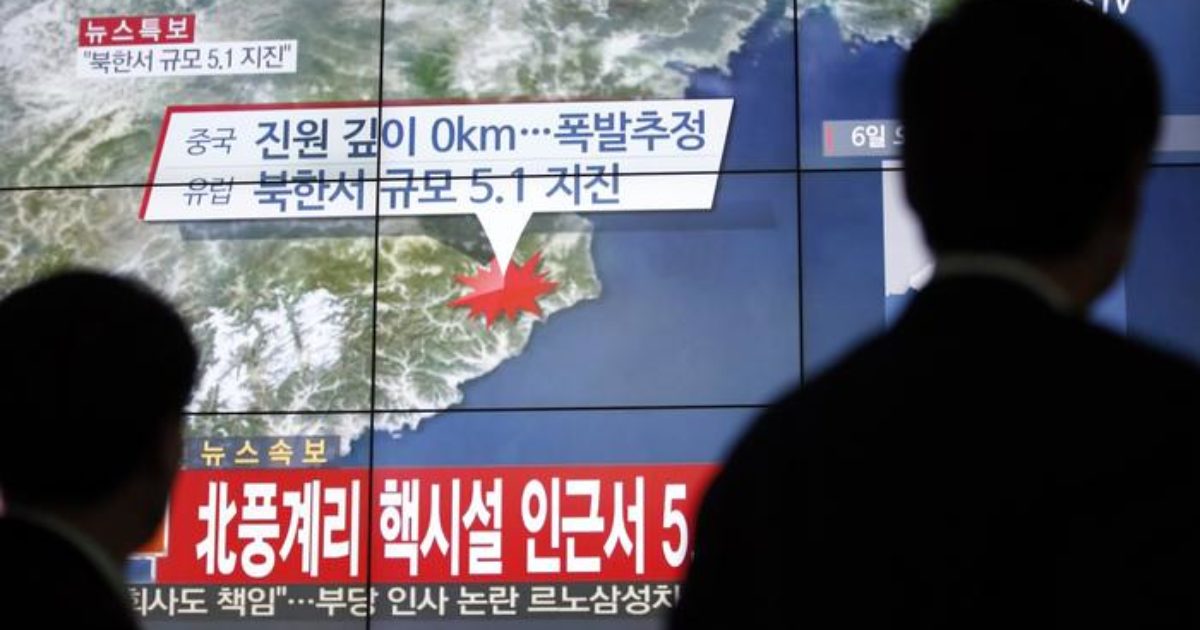 Dr. Michael Savage believes that the US may still have neutron bombs and that President Donald Trump may have been hinting at using one to target the regime of North Korea to spare the lives of millions of innocents in that country.

“If we have one [neutron bomb] that is what’s going to be used, that is what Trump is hinting at,” radio host Michael Savage said.

Savage’s comments came in response to Trump’s threats to unleash “fire and fire… never seen before” against Kim Jung-Un and his regime in North Korea.

Savage believes, and I see no reason to disagree with him, that the US still possesses neutron bombs despite President George H. W. Bush having them deconstructed.

Have you seriously known the US to completely get rid of their weapons?

North Korea’s military is “seriously examining the plan for an enveloping strike at Guam through simultaneous fire of four Hwasong-12 intermediate-range strategic ballistic rockets in order to interdict the enemy forces on major military bases on Guam and to signal a crucial warning to the U.S.,” the Korean Central News Agency revealed Thursday.

Trump responded on Thursday saying, “I will tell you this, if North Korea does anything in terms of even thinking about attack of anybody that we love or we represent or our allies or us, they can be very, very nervous.”

“They should be very nervous,” Trump added.

“Things will happen to them like they never thought possible,” he continued.

"Obama didn't even want to talk about it. But I talk. It's about time somebody has to do it," Pres. Trump says on remarks on North Korea pic.twitter.com/DjOG3jqb9c

Savage said there could be North Korean operatives in the US “posing as engineers, scientists, doctors, waiters.”

“There could be North Korean agents with suitcase bombs in this country” Savage said, pointing to bad border policy under the Obama administration.

Savage also spoke of his 1990s interview with Samuel Cohen, the man behind the neutron bomb.

Dr. Savage said that Cohen was the smartest man he has ever interviewed.

Cohen said the neutron bomb would create a controlled blast that minimized the radioactive blast range and would preserve the life of a lot of innocent civilians.

In his memoir, Shame: Confessions of the Father of the Neutron Bomb, he wrote about this recalling a 1951 visit to Seoul, where he witnessed the devastation of the Korean War.

“The question I asked of myself was something like: If we’re going to go on fighting these damned fool wars in the future, shelling and bombing cities to smithereens and wrecking the lives of their surviving inhabitants, might there be some kind of nuclear weapon that could avoid all this?,” wrote Cohen.

So how does it work, and what is the difference between a neutron bomb and a nuclear bomb?

A nuclear bomb uses fissile material to initiate a fission explosion, but is an extremely inefficient process that delivers only 0.01% of the energy those atoms are theoretically capable of giving off. Yet, it is powerful enough to destroy cities.

The Encyclopedia Britannica elaborates on the neutron bomb:

A neutron bomb is actually a small thermonuclear bomb in which a few kilograms of plutonium or uranium, ignited by a conventional explosive, would serve as a fission “trigger” to ignite a fusion explosion in a capsule containing several grams of deuterium-tritium.

The bomb might have a yield, or explosive strength, of only one kiloton, a fraction of the 15-kiloton explosion that devastated Hiroshima, Japan, in 1945. Its blast and heat effects would be confined to an area of only a few hundred metres in radius, but within a somewhat larger radius of 1,000–2,000 metres the fusion reaction would throw off a powerful wave of neutron and gamma radiation.

High-energy neutrons, though short-lived, could penetrate armour or several metres of earth and would be extremely destructive to living tissue.

Because of its short-range destructiveness and the absence of long-range effects, the neutron bomb might be highly effective against tank and infantry formations on the battlefield but might not endanger nearby cities or other population centres.

It could be launched on a short-range missile, fired by an artillery piece, or possibly delivered by a small aircraft.

The neutron bomb was conceived in the United States in the 1950s and first tested in the 1960s.

For a brief period in the 1970s, an enhanced radiation warhead was fitted onto the Sprint antiballistic missile (see Nike missile) with the expectation that a pulse of high-energy neutrons released by the exploding warhead would inactivate or prematurely detonate an incoming nuclear warhead.

Also during the 1970s, the neutron bomb was considered by some American military planners to have a convenient deterrent effect: discouraging an armoured ground invasion of western Europe by arousing the fear of neutron bomb counterattack.

At least in theory, a defending NATO country might sanction the use of the bomb to annihilate Warsaw Pact tank crews without destroying its own cities or irradiating its own population.

To this end, enhanced radiation warheads were built for the short-range Lance missile and for a 200-mm (8-inch) artillery shell.

However, other military strategists warned that fielding a “clean” nuclear weapon might only lower the threshold for entering into a full-scale nuclear exchange, and some civilian groups objected to the very notion of applying the label “clean” to a weapon that killed by irradiation while sparing property.

The warheads were never deployed in Europe, and U.S. production ceased in the 1980s.

By the 1990s, with the Cold War confrontation over, both the missile warheads and artillery shells were withdrawn.

Other countries tested neutron bombs during the 1970s and ’80s, including the Soviet Union, France, and China (the latter possibly using plans stolen from the United States).

Cohen’s invention was, essentially, a smaller, “fun-sized” version of a hydrogen bomb with a few simple modifications under the hood.

Since a hydrogen bomb utilizes fusion as well as fission, it releases much more of its energy in the form of prompt radiation—especially neutrons—than a fission bomb does. Most of those neutrons, however, are absorbed by a “jacket” of uranium-238 that encases the fusion-fission device, in order to further increase the explosive yield of the bomb.

A neutron bomb is a hydrogen bomb without the uranium-238. This lowers the explosive yield while letting the neutrons bust out all over.

So, when a fission bomb explodes, the released energy is distributed as:

Cohen believed that he could increase the output of prompt radiation to as high as 80%, while scaling back on the amount of energy released in the form of blast, heat and fallout.

As such, the neutron bomb would provide less bang for the buck. It would be a tactical nuke, explicitly used to kill enemy combatants on the battlefield while, supposedly, minimizing the amount of physical collateral damage. The official name for the bomb was an “Enhanced Radiation Weapon” (ERW).

In order to be effective militarily, a neutron bomb would have to incapacitate its victims quickly. This requires a very high dose, in the neighborhood of 8,000 rems. For a one-kiloton ERW detonated at 1,500 feet, the required lethal dose would cover an area of about 0.8 square miles. Anyone in this kill zone would die in a particularly gruesome manner, as neutrons collided with protons inside living tissue. The ionization would break down chromosomes, cause nuclei to swell and destroy all types of cells, especially those in the central nervous system.

Though Savage is a non-interventionist, he does believe something will have to eventually happen in North Korea and recounted the history of the Communist country, including Un’s alleged murder of his brother, Kim Jong Nam.

Take a listen. Do you think Savage has a point?