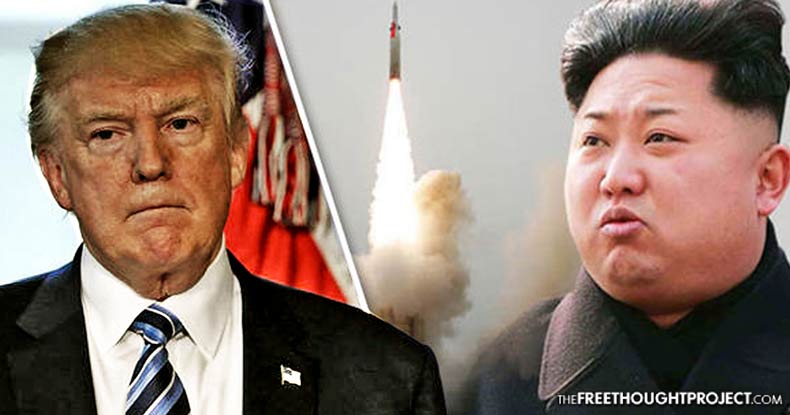 The United States has recently ramped up its fear campaign against North Korea once again, and while there are a number of reasons why the U.S. War Machine appears to have chosen this small nation as its next target, one thing is clear—this invasion could be incredibly beneficial for major corporations.

According to a report from Quartz, North Korea’s mountainous surface sits on top of some of the largest stockpiles of mineral reserves in the world, which are valued at TRILLIONS of US dollars. There are over 200 kinds of minerals, such as “iron, gold, magnesite, zinc, copper, limestone, molybdenum, graphite, and more.”

The report noted that the $6-10 trillion estimate also includes “large amounts of rare earth metals, which factories in nearby countries need to make smartphones and other high-tech products.”

Instead of profiting from the vast array of mining opportunities, North Korea has actually been decreasing its mining production. In April, the Center for Strategic & International Studies noted that “there is a shortage of mining equipment and North Korea is unable to purchase new equipment due to its dire economic situation, the energy shortage and the age and generally poor condition of the power grid.” As a result, it is estimated that “the average operational rate of existing mine facilities is below 30 percent of capacity.”

The “dire economic situation” mentioned in the report is the desired effect of the U.S. sanctions against North Korea that were signed into law by former President Obama in February 2016. The law imposed “mandatory sanctions for entities that are involved in North Korea’s mineral or metal trade, which contribute to a large component of the country’s foreign export earnings.”

The United Nations has also contributed to the economic decline in North Korea, and as the report from Quartz noted, while the UN has been imposing sanctions on Pyongyang since 2006, “last year the nation’s underground resources became a focus.”

“In November 2016, the UN passed a resolution capping North Korea’s coal exports and banning shipments of nickel, copper, zinc, and silver. That followed a resolution in March 2016 banning the export of gold, vanadium, titanium, and rare earth metals.

The resolutions targeting the mining sector could hurt the Kim regime. Before they were issued, a 2014 report on the country’s mining sector by the United States Geological Survey noted that ‘The mining sector in North Korea is not directly subject to international economic sanctions and is, therefore, the only legal, lucrative source of investment trade available to the country.’”

It is no secret that the United States has a history of invading countries that have rich natural resources, such as oil in Iraq, Libya and Syria. The U.S. has also helped to cultivate a growing opium supply in Afghanistan. As The Free Thought Project reported in April, North Korea has the potential to produce large amounts of opium—just like Afghanistan.

In addition to wanting access to the land for its potential for mining and opium production, it should be noted that the U.S. has been involved in North Korea’s economy in more ways than just imposing sanctions against it. In fact, while North Korea has been threatening to show the world its true nuclear power for more than a decade, the U.S. has enabled and funded the nation’s actions for more than half a century. As a result, “if North Korea does ever launch a nuke, it will be because the U.S. government and its assets helped to put it in their hands.”

A top geopolitical analyst also warned this week that because the U.S. military industrial complex, “wants/needs war to keep the machinery oiled,” Americans should “Beware of an engineered false flag, to be blamed on Pyongyang; that would be the perfect pretext for war.”

The United States has been building its propaganda campaign against North Korea for years, and the latest warnings of “fire and fury” from President Trump serve as a reminder that the country’s estimated $10 trillion in untapped mineral reserves is likely one of the many reasons why the U.S. government and the mainstream media have joined together to call for war once again.