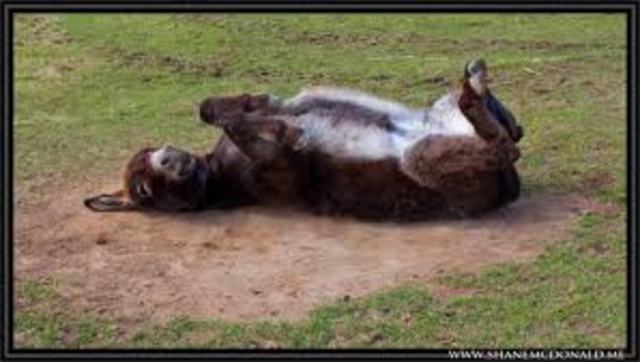 “Cursed is the man who has sexual relations with any animal”

Morocco World News reports, August 10, 2017, that 15 Muslim teens who raped a donkey in the small rural town of Sidi Kamel in Sidi Kacem province, Morocco, have been treated for rabies infections contracted from the animal.

According to the Moroccan daily Al Akhbar in its August 10 edition, the “sexually frustrated children and teenagers” stayed at the Mechraa Belksiri Hospital for one week to receive rabies vaccinations after the animal transmitted the disease to them, to the “distress and horror” of their families.

Sadly, the local authorities ordered the owner of the donkey to slaughter it to avoid further risk of spreading the disease. The authorities are also searching for others who had “admired” the donkey, in order to limit the spread of rabies among the town folk.

Parents, “in the utmost secrecy, hastened to have their children vaccinated in case they had approached the animal.” According to Al Akhbar, the number of infections could be much higher, as some families preferred to take their children to hospitals outside the region to avoid humiliation.

Bestialists should know that a study of 492 men from rural Brazil found that 35% reported having had sex with an animal at some point in their lives, and that those men were twice as likely to develop cancer of the penis.