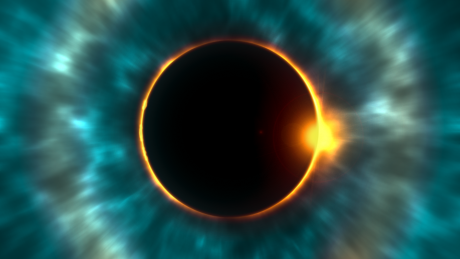 In just a matter of days we are going to witness the most unusual solar eclipse in U.S. history. Could it be possible that all of the very strange “coincidences” surrounding this event have some sort of special significance?  The mainstream media has been buzzing about this upcoming solar eclipse for months, and it will easily be the most watched eclipse in all of U.S. history.  Last week, I published an article entitled “12 Critical Events That Are Going To Happen Over A 40 Day Period From August 21st To September 30th” that received an extraordinary amount of attention, and of course the first event on that list was “the Great American Eclipse” on the 21st.  As you will see below, so many numbers seem to indicate that this eclipse could have some sort of special significance, and it begins a period of exactly 40 days that many believe could be a turning point for America.

In the Scriptures, we are specifically told that one of the reasons why God created the sun and the moon was so that they could serve as “signs”.  The following is what Genesis 1:14 tells us…

“And God said, Let there be lights in the firmament of the heaven to divide the day from the night; and let them be for signs, and for seasons, and for days, and years“

And in Luke 21:25, the Lord Jesus specifically warned us to watch for signs “in the sun, and in the moon, and in the stars” just prior to His return.

So we should be watching, and we should fully expect to see something happen up there before Christ comes back.

With that in mind, I would like to share some amazing facts about the solar eclipse on August 21st with you.  These were originally compiled by The Countdown Report, and when I first read them they definitely got my attention…

-First contact is in the state of Oregon, the 33rd state in the USA. The last contact is in South Carolina on the 33rd parallel. This eclipse happens on day 233 of the year. If the Revelation 12 sign is valid, then the eclipse is also 33 days before September 23, 2017. Jesus is thought to have been 33 when He died.

-First big city the eclipse hits in Oregon is Salem – Salem was named after Jerusalem. The eclipse also begins in Oregon exactly at sunset time in Jerusalem. So technically speaking, as the sun sets in America it will be setting in Jerusalem at the same time.

-The center line crosses through 12 primary states to receive total darkness. 12 disciples, 12 months in a year, the meaning of 12, which is considered a perfect number, is that it symbolizes God’s power and authority, as well as serving as a perfect governmental foundation.

-The eclipse path is exactly 70 miles wide. 70 has a sacred meaning in the Bible that has two perfect numbers, 7 that represents perfection and 10 that represents completeness and God’s law. 70 also symbolizes perfect spiritual order and a period of judgment. 70 is also specially connected with Jerusalem with so many references it would take a book to write.

-Another eclipse comes in 2024, 7 years after the August 21, 2017 and marks an X over the United States. The combined time of totality of these eclipses together will be 7 minutes. The day of the eclipse is August 21, 2017 – (7 + 7 + 7 = 21). The exact point where the two eclipses cross is right next to Cedar Lake in Illinois… specifically right next to SALEM Road. (Salem again!)

-The original form of the Hebrew letter Tav is like the English letter X or T – which is in the shape of a cross, or X– like the X that is made by the two solar eclipses on the cross paths over 7 years. The letter Tav means “a sign”.

-The path of the eclipse will be situated in such a way that every single state of the US will experience it, even Hawaii and Alaska.

-The totality will reach Oregon at 10:16 AM Pacific, and will end in South Carolina at 2:49 PM Eastern. That means it will take 1 hour and 33 minutes to cross the country. There is that 33 again.

-The eclipse is also exactly 40 days from Yom Kippur. Yom Kippur means “Day of Atonement” and is a time of repentance. While the eclipse day itself may come and go with everything remaining “normal” afterwards, we need to be focused on what could be coming soon after.

You can read the entire list of 33 facts that were compiled by The Countdown Report right here.  I just pulled out the ten that I considered to be the most remarkable.

According to Rachel Baxter, “40 is the number for waiting, preparation, testing or punishment. It is also the number to start a new chapter of the history of salvation”, and we see the number 40 pop up time after time in the Bible.

For instance, in Jonah 3:4 the prophet Jonah gave Ninevah a period of 40 days to repent before judgment would begin…

And Jonah began to enter into the city a day’s journey, and he cried, and said, Yet forty days, and Nineveh shall be overthrown.

Could this coming 40 day time period have some sort of special significance for us?

Like I said in my previous article, I don’t know if all of this means anything.

On August 21st, I am going to be able to travel into the path of this eclipse.  Hopefully it will be a very clear day and I will be able to get some very clear pictures for my readers.

I don’t expect anything world shattering to take place on that particular day, but like millions of other Americans, I will definitely be looking up into the sky to see what happens…