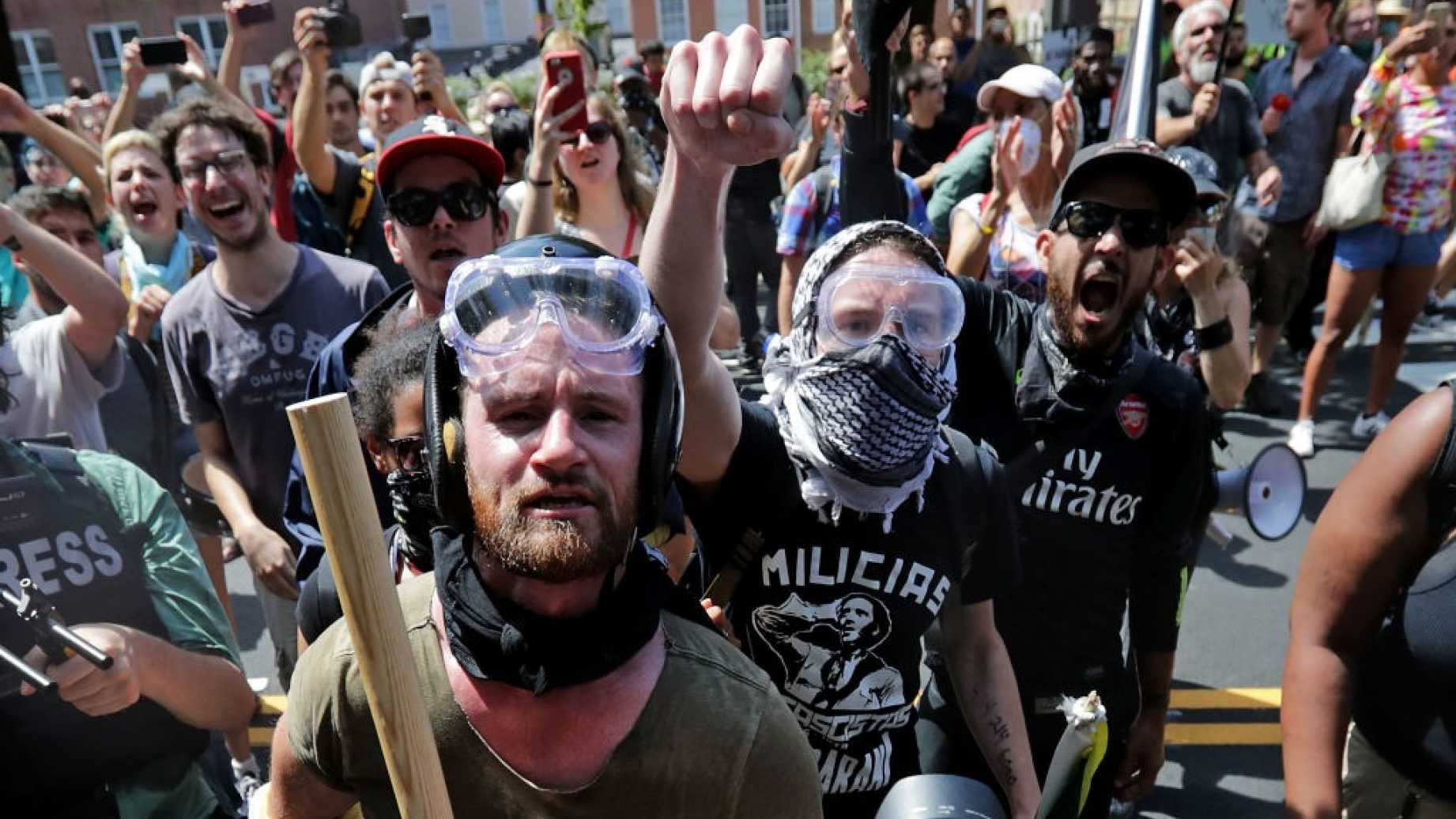 Last weekend, a planned “Unite the Right” rally in Charlottesville, Virginia, to protest the removal of Confederate monuments from public spaces, descended into violence when white nationalists clashed with counter-protesters, forcing the city to declare a state of emergency.

A white man named James Alex Fields Jr., who has schizophrenia and is on anti-psychotic medication, rammed his car into a group of counter-demonstrators, killing a liberal, Heather Heyer, and injuring others. Fields is in police custody and has been charged with second-degree murder.

Politicians from across the political spectrum have expressed outrage, condemning the “white supremacist” rally, and criticized President Trump for his initial response to the violence which did not label the incident as an act of terrorism, nor explicitly denounced the “white supremacists”.

“Racism is evil. And those who cause violence in its name are criminals and thugs, including the [Ku Klux Klan], neo-Nazis, white supremacists and other hate groups that are repugnant to everything we hold dear as Americans.”

That wasn’t good enough for former VPOS Joe Biden (D). Biden took issue with President Trump saying there was a “display of hatred, bigotry and violence on many sides.” Biden tweeted:

“There is only one side.”

Sen. Bernie Sanders (I-Vermont), who had run as a Democrat in the presidential primaries last year, tweeted:

“The white nationalist demonstration in #Charlottesville is a reprehensible display of racism and hatred that has no place in our society.”

“March & rally in Charlottesville against everything the flag stands for. President Trump must condemn in strongest terms immediately.”

“The views fueling the spectacle in Charlottesville are repugnant. Let it only serve to unite Americans against this kind of vile bigotry.”

In a statement, Sen. John McCain (R-Ariz.) said “neo-Nazis” and white supremacist groups “are, by definition, opposed to American patriotism and the ideals that define us as a people and make our nation special.”

“The Nazis, the KKK, and white supremacists are repulsive and evil, and all of us have a moral obligation to speak out against the lies, bigotry, anti-Semitism, and hatred that they propagate. Having watched the horrifying video of the car deliberately crashing into a crowd of protesters, I urge the Department of Justice to immediately investigate and prosecute this grotesque act of domestic terrorism.”

“Very important for the nation to hear @potus describe events in #Charlottesville for what they are, a terror attack by #whitesupremacists.”

Sen. Tim Scott (R-SC), the lone black Republican in the Senate, called the attack “domestic terror” and urged that it be “condemned” because “Otherwise hate is simply emboldened.”

“The hate & bigotry on display in #charlottesville is dangerous & cowardly.”

Source for the above quotes: ABC News

To all the outraged politicians:

Where was your outrage when a black killed four whites in a racist shooting spree in California last April?

Where was your outrage when a black woman attacked a man with hammer, screaming “I’m sick of fancy white people”?

Where was your outrage when black University of West Georgia students advocated white genocide at a Harvard debate?

Where was your outrage when a black mob in Chicago attacked a woman and her children in their car for being white?

Where was your outrage when 50 Baltimore black teens beat a 61-year-old white man almost to death?

Where was your outrage when armed Black Panthers called for the murder of cops?

Where was your outrage when Louis Farrakhan threatened a race war as black teens killed a white man with hammers?

Where was your outrage when a white Marine veteran required brain surgery from being assaulted by 20 blacks?

Where was your outrage when a mob of black teens assaulted a white disabled Army vet?

Where was your outrage when black teens beat to death an 88-year-old white WWII vet?

Where was your outrage when a white Marine was beaten and stabbed by 15-20 blacks angry about the Zimmerman verdict?

Where was your outrage when a black woman killed a 12-year-old white by with a blow torch?

Where was your outrage when the Left’s antifa assaulted peaceful pro-Trump supporters before and after the presidential inauguration last January?

Where was your outrage when an anti-Trump mob knocked a Trump supporter unconscious at Portland Airport last January?

Where was your outrage when antifa and ethics college instructor Eric Clanton assaulted at least seven pro-Trump patriots on the head with a bike lock on April 15, 2017, in Civic Center Park, Berkeley, California?

Where was your outrage when Obama’s attorney general Loretta Lynch and Senate Democrats called for subverting President Trump with marches, blood, and death?

Where was your outrage when celebrities and other Democrats, in words or pics, called for killing President Trump?:

Where is your outrage when an anti-Trump militia published a manual on executions, kidnapping, sabotage, and terrorism?

Where is your outrage when a socialist “Fight Flub” at a taxpayer-funded Florida university trains students to beat up Trump supporters?

100-Year-Old Marine’s Emotional Response To What The US Has Become: “This Is Not What We Fought For” (Video)
July 4th, 2022 Sons of Liberty Media