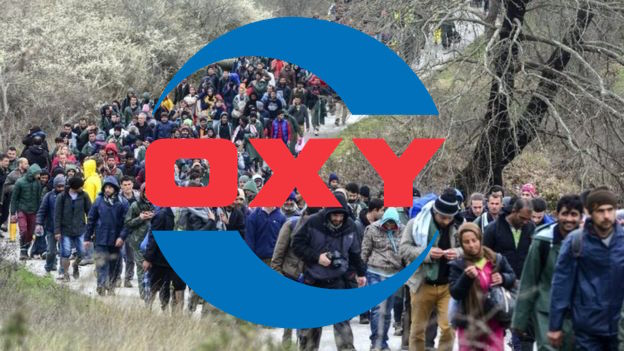 Leave it to the Germans ….. drug the citizens into submission. What next Zyklon B?

LOVE DRUG: WESTERNERS ARE KINDER TO MIGRANTS WHEN GIVEN THE ‘LOVE HORMONE’ OXYTOCIN AND PUT UNDER PEER PRESSURE, SCIENTISTS FIND

ACADEMICS NOTE THAT PEOPLE TEND TO BE MORE ‘ALTRUISTIC TO FAMILY AND FRIENDS THAN TO PERFECT STRANGERS’ – BUT THINK THEY KNOW HOW TO CHANGE THIS.

Researchers from the University of Bonn said that humans tend to be generally kinder to friends and family than strangers.

“Given the right circumstances, oxytocin may help promote the acceptance and integration of migrants into Western cultures.”

The suggestion that Westerners should be given drugs to make them more welcoming to foreigners is likely to be hugely controversial.

Millions of migrants and “refugees” have poured into Europe in recent years, with people now attempting to cross the Mediterranean on jetskis after paying up to £3,000 per person.

So could oxytocin be used to change some European’s attitudes and encourage them to accept their new neighbours?

His team assessed 100 people’s attitudes to migrants and gave them 50 euros which could be donated to locals or refugees.

In the first control experiment, experts found that Germans were more generous to migrants than locals.

“We were surprised that the participants in the first experiment donated around 20 per cent more to refugees than to local people in need,” said Nina Marsh from Professor Hurlemann’s team.

Half of the participants were then given oxytocin, which made people who already had a favourable attitude to migrants give more money – but did not change the attitude of people who had a negative outlook on migration and did not make them hand over more cash.

But when people who hed anti-immigration views were given the love hormone and shown how much cash others had given, they become significantly more generous.

“Now, even people with negative attitudes towards migrants donated up to 74 per cent more to refugees,” Nina Marsh added.

The research suggests that people could be made to be more generous to migrants through a combination of oxytocin and peer pressure.

However, it is not clear that the population of a European country would accept being drugged in a bid to help them accept massive social change.