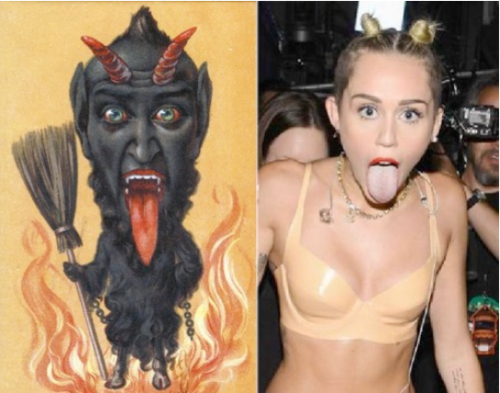 Last month, National Enquirer conducted a poll asking its readers to vote for their 25 most hated celebrities from a list of 60 names.

Here are the results (the deliciously catty comment on each celebrity is the Enquirer‘s):

(22) Angelina Jolie: “She’s been blacklisted by Hollywood after trying to tar and feather ex Brad Pitt.”

(21) Roman Polanski: “His carnal cravings for a 13-year-old girl turned him into an international fugitive.”

(18) Shia LaBeouf: “The whacked-out actor wore a paper bag over his head on the red carpet. Why stop there!”

(16) Charlie Sheen: “Drugs, booze, abuse and a HIV-positive diagnosis — Charlie’s done it all.”

(13) Stephen Colbert: “In all ‘truthiness,’ this late-night windbag should keep his opinions to himself.”

(12) Woody Allen: “He married his own stepdaughter, and has long been dogged by child-abuse charges.”

(9) Madonna: “The im-Material Girl is too old to bed twentysomethings and dress like a hooker.”

(8) Kanye West: “Oh yeezy! The rapper wrote a song titled, ‘I Am a God,’ forcing us to rethink religion.”

(7) Kim Kardashian: “The reality star gained fame from a sex tape and now her big butt is unavoidable.”

(5) Barack Obama: “His life is one long golf vacation — just like when he was in the White House! The 44th president of the United States dropped the ball on probing Russian meddling in the election, wiretapped candidate Trump and dismissed ISIS terrorists as a ‘junior varsity squad’.”

(4) Bill Cosby: “He was ‘America’s favorite dad’ — now he’s the nation’s most famous accused serial rapist. Cosby has declared his innocence, but dozens of gutsy gals have charged he drugged and sexually assaulted them. After a mistrial, he’s expected to face charges again.”

(3) O.J. Simpson: “Lock up your kids and bolt the door — The Juice will soon be on the loose! He’s set to be freed from prison, but cocky O.J. will always be a ‘killer’ to many after the 1994 murders of his ex-wife, Nicole Brown Simpson, and waiter Ron Goldman. The monster even wrote a ‘hypothetical’ account of the murders in the book ‘If I Did It’.”

(2) Hillary Clinton: “Voters couldn’t ‘lock her up!’ But they kept the scandal-scarred politico out of the Oval Office. The bungled Benghazi raid, deleted emails, leaked state secrets from her private server and ghastly cash Clinton Foundation grabs wrecked her White House hopes.”

(1) Rosie O’Donnell: “TV’s loudmouth lesbian ‘Queen of Mean’ tops our list with 950 votes! The tone-deaf Donald Trump basher is a serial cheater who’s ditched two wives and antagonized her co-stars on ‘The View.’ Rosie’s also struggled with drugs and been accused of illegally adopting one of her kids!”