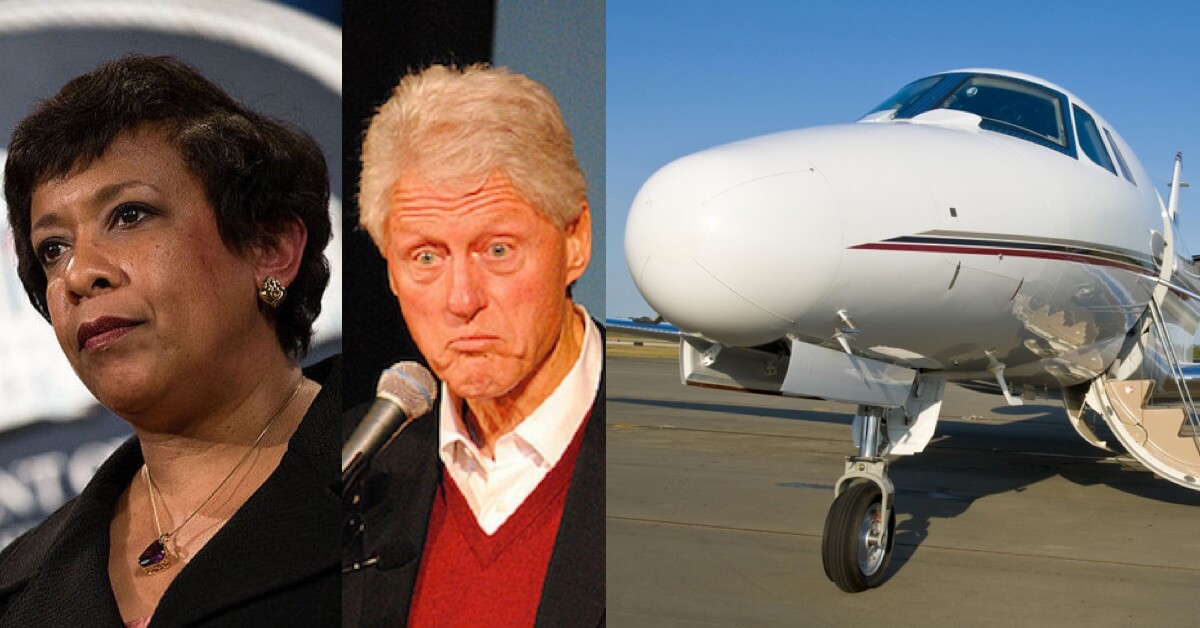 Last week, we reported that newly released documents indicated that ABC News inquired about the meeting and that the Lynch Justice Department press officer to contact two associates about the inquiry, apparently alarmed that there was an inquiry into the matter, and now it appears the FBI is “reopening” a search for more documents related to that meeting.

This video was from that previous report.

Judicial Watch reported, “One email exchange shows that Former Assistant Attorney General Peter Kadzik was brought in to assist with public relations issues on June 28, 2016, the day after the tarmac meeting. (Kadzik is a longtime friend of John Podesta and a Hillary Clinton donor, who was criticized as being conflicted when he was assigned as the Justice Department attorney to oversee the probe of Hillary Clinton’s and her aide Huma Abedin’s emails found on Anthony Wiener’s computer.)”

“Melanie Newman, director of the Justice Department Public Affairs Office, sent an email to Richard P. Quinn, former national security assistant special agent, and Michael P. Kortan, who is currently the assistant director for Public Affairs for the FBI, advising them she wanted to “flag a story” about “a casual, unscheduled meeting between former President Bill Clinton and the AG.” And she provides the AG’s talking points,” Judicial Watch added.

“It is jaw-dropping that the Trump administration is blacking out key information about how the Obama Justice Department tried to spin Loretta Lynch’s scandalous meeting with Bill Clinton,” said Judicial Watch President Tom Fitton. “President Trump should order the full and immediate release of these materials.”

The government watchdog group also said on Friday, “We have begun to see how the Trump administration responds over time to Freedom of Information Act (FOIA) queries, especially our requests regarding shady dealings in the Obama administration. We aren’t encouraged. One must wonder if Obama holdovers at the Department of Justice (DOJ) are still calling the shots, or whether President Trump’s appointees simply don’t care about battling government corruption and enforcing the rule law.”

Now, it’s being reported that the FBI has, in fact, “reopened” its search for documents pertinent to the infamous 2016 Clinton-Lynch tarmac meeting.

The FBI has “reopened” its consideration of a request for records on the infamous 2016 tarmac meeting between then-Attorney General Loretta Lynch and former President Bill Clinton, the group behind that request told Fox News.

American Center for Law and Justice President Jay Sekulow called the development a “positive sign,” in an interview Wednesday on “Fox & Friends.”

Sekulow said the FBI sent him a letter saying it had reopened his Freedom of Information Act request for documents related to the June 2016 meeting.

At first, the FBI and DOJ said they did not have documents detailing the tarmac meet-up, before recently releasing a batch of emails.

They are now searching for more records.

“While we appreciate that the FBI has ‘reopened’ the case file and is now ‘searching’ for documents responsive to our duly submitted FOIA request from more than a year ago, it stretches the bounds of credulity to suggest that the FBI bureaucracy just discovered that ‘potentially responsive’ records ‘may exist’ on its own accord,” Sekulow said in a written statement.

FBI’s newest letter to the ACLJ – dated one week after the government watchdog group accused the government of lying to them about the existence of records – now states that “records potentially responsive to your request may exist.”

According to documents released by ACLJ, Loretta Lynch used the alias “Elizabeth Carlisle” for official emails as attorney general.

Why that is allowed, one can only guess.

Critics of doing so argue that such aliases can result in some requested emails to and from officials going undetected.

Sekulow, who also serves on President Trump’s legal team, said the ACLJ will continue to “press on in our legal fight to ensure that the details of the secret Clinton-Lynch meeting and the subsequent cover-up and withholding of information from the public comes to light.”

Sekulow said that he will “legally hold the FBI’s feet to the fire” and even got to court to obtain remaining documents.

Sekulow’s organization has already clashed with the Justice Department over heavily redacted documents they have released.

According to a letter to Fox News by a Justice Department spokesperson, the areas that were redacted pertain to “certain inter- and intra-agency communications protected by the deliberative process privilege, and information release of which would constitute a clearly unwarranted invasion of the personal privacy of third parties.”

Wait, I thought this half hour conversation was only about golf and grandchildren…

Friends, there is no “search” for requested records. There is simply coverup of records that have been discovered.

While there may be remaining documents, the reality is that the heavily redacted documents handed over by the DOJ are equivalent to Lynch’s predecessor and criminal Attorney General Eric Holder, who gave hundreds of pages of this kind of stuff to Congress when they demanded to know about his illegal gun trafficking in Operation Fast and Furious.

In the words of Barack Hussein Obama Soetoro Soebarkah, “The only people that don’t want to disclose the truth, are people with something to hide.”