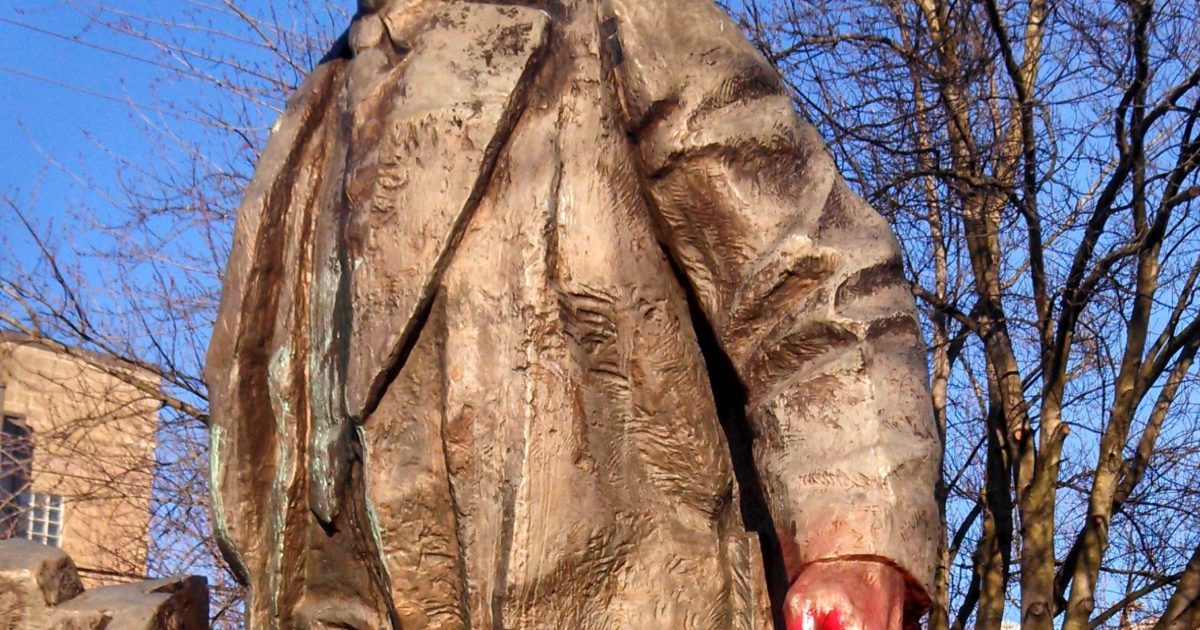 It was erected in the early 1990s following the fall of the Soviet Union.

A man from Seattle purchased the 16-foot statue and had it displayed, according to the Seattle Times.

A Facebook page has been launched calling for the tearing down of the Lenin statue.

According to the page:

Oh man, that is so rich with red meat.

Alright, he called her a ‘maid’, a 12 year old girl, who he paid 1 ruble per month, no doubt to mitigate claims of forced servitude, but it doesn’t sound voluntary or ‘equal’ to me.

He also kept her in a cage under his stairs.

From the documentary The Russian Revolution on NetFlix. It’s a good film if you haven’t seen it. Very instructive on the failures of Marxists-Socialists-Communists.

It’s also worth mentioning that in this documentary you see how Lenin comes from a family that believed in using violence as a means to achieve political objectives. Sound familiar?

In fact, Lenin’s own brother, believed to be his inspiration for continuing on the same path, was executed for an assassination plot against the ruling Romanov family.

While I’m not for the destruction of the property, the people in the area could protest loudly enough to have the statue removed, though it doesn’t appear the town is planning to remove the statue anytime soon.

“The presence of this sculpture has evoked a wide range of responses,” Fremont’s website reads. If art is supposed to make us feel, not just feel good, then this sculpture is a successful work of art. The challenge is to understand that this piece means different things to different people and to learn to listen to each other and respect different opinions. From an artists [sic] standpoint, all points of view are valid and important.”

Had similar counter action been taken in Baltimore, those statues could have continued to remain.

If one wanted to pull down statues of profoundly evil people, responsible for uncountable human suffering, this one might be on the list https://t.co/YBlzS9Hv8i

Lenin intimidated his opposition, persecuted them, arrested them and executed them.

Is any of this starting to sound familiar?

Additionally, more than 90 million people lost their lives under the tyrannical reign of Vladimir Lenin.