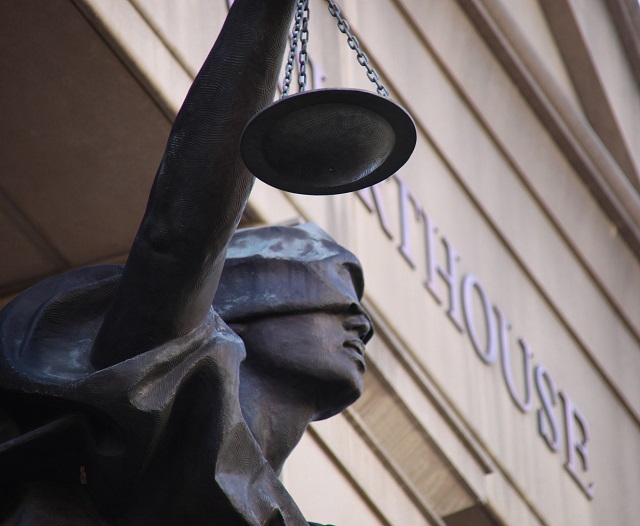 The ACLU has announced they will no longer defend the First Amendment rights of “hate groups” if they plan to exercise the Second Amendment.

The American Civil Liberties Union (ACLU) took a new stance on firearms Thursday, announcing a change in policy that it would not represent hate groups who demonstrate with firearms.

ACLU Executive Director Anthony Romero told the Wall Street Journal that the group would have stricter screenings and take legal requests from white supremacist groups on a case-by-case basis.

“The events of Charlottesville require any judge, any police chief and any legal group to look at the facts of any white-supremacy protests with a much finer comb,” Romero told the Journal. “If a protest group insists, ‘No, we want to be able to carry loaded firearms,’ well, we don’t have to represent them. They can find someone else.”

They’ll only (theoretically) defend your right to protest if you go disarmed into a violent leftist mob. There were tons of guns at the Charlottesville rally, none of them were used.

A lot of dudes with big guns here at Lee Park in #Charlottesville pic.twitter.com/d8DpbSrCbc

I’d bet money Charlottesville’s anti-Trump activist Mayor Mike Signer, who I’d guarantee ordered police to stand down, wanted these alt-right groups to use their guns in self-defense against the alt-left so there’d be a massacre.

Regardless, the ACLU was started by communists to protect the rights of communists so they could overthrow the US government. The ACLU of Virginia under Executive Director Claire G. Gastanaga clearly must not be “down with the cause” as she actually laid the blame for the violence at the event squarely at the hands of law enforcement.

As Gastanaga wrote of the rally in her statement defending her organization earlier this week:

“It is the responsibility of law enforcement to ensure safety of both protesters and counter-protesters. The policing on Saturday was not effective in preventing violence. I was there and brought concerns directly to the secretary of public safety and the head of the Virginia State Police about the way that the barricades in the park limiting access by the arriving demonstrators and the lack of any physical separation of the protesters and counter-protesters on the street were contributing to the potential of violence. They did not respond. In fact, law enforcement was standing passively by, seeming to be waiting for violence to take place, so that they would have grounds to declare an emergency, declare an ‘unlawful assembly’ and clear the area.”

They knew many of these alt-right people and alt-left were armed to the teeth, yet they played with fire anyways. I’m convinced they wanted a massacre.