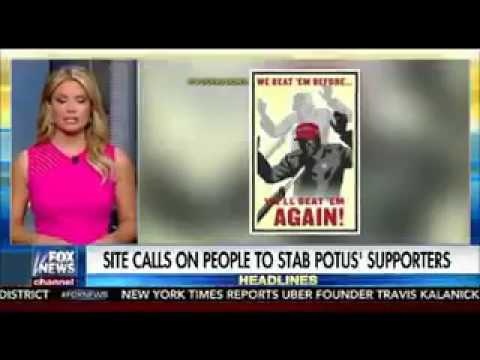 This was posted June 21st on YouTube by Tea Partiest. From their video posting:

“A disturbing Antifa website is calling for physical violence against supporters of President Donald Trump and capitalists. The site “It’s Going Down,” which has become a resource for self-described “anti-fascist” activists, encourages violence against anyone it labels a “fascist.” A poster published on the site in April shows a man in a Make America Great Again hat being cornered by a bayonet, with a silhouette of a Nazi in the background. “It’s Going Down” justifies violence as not only good but necessary to the survival of minorities and the disenfranchised. A library of downloadable publications on the website offers long-form articles that call for “insurrectionary mass resistance and refusal” and militant tactics against employers and law enforcement.”