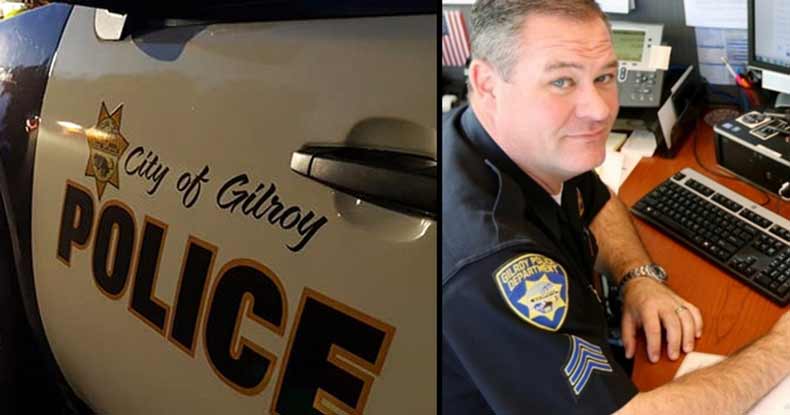 Gilroy, CA – A new lawsuit filed by a former employee is drawing attention to the Gilroy Police Department, amid accusations that high-ranking officials promoted an environment that was rife with sexual misconduct, which included everything from sex parties to inappropriate relations with underage members of the “Police Explorers” program.

After 25 years with the department, Patricia Harrell was fired from her position as a senior police communications supervisor in 2015, just three years before she was set to retire with full benefits. While she was allegedly fired for “improper conduct” with trainees, Harrell claims that she was just trying to warn them about the situation in the GPD, according to an explosive report from the Gilroy Dispatch.

Harrell’s lawsuit dropped the names of not only officers but several of their wives and girlfriends as well. She indicated that working for the police department equated with enduring years of unwanted advances, sexual impropriety on the part of officers, and retaliation when Harrell spoke out. The Gilroy Dispatch reported that Harrell’s claim in the lawsuit include:

• Two officers “had sexual intercourse with members of the Gilroy Explorers, comprised of youth ranging in age from fourteen (14) to twenty-one (21). When their conduct came to light, [one] was demoted, but then ‘got his stripes’ back, while [the other] was allowed to resign.”
• “At office parties, GPD employees would throw their keys in a bowl and whoever pulled a key had sex with the person who owned the key.”
• The wife of an officer, who also was a department employee, proudly displayed her pierced genitalia to pool party guests, prompting several “mortified” mothers to leave with their children.
• That woman’s police officer husband, when they were engaged, “brought a Salinas police officer to ‘screw her’ while [he] watched. She later stated that she did not do it.”
• The same woman invited another officer to touch her breasts while they were in the Communications Center, and he did.
• The same GPD employee “kept a book in which she documented all of the sexual improprieties that occurred at the GPD, so that she could reveal the information should she ever be disciplined for her misdeeds. [She stated] ‘If she goes down, other people are going down with her.’ [She] also claimed that [her police officer husband] supported the fact that she was keeping a book.”
• At a Gilroy Police Officers’ Association Christmas party, “the female spouses [of two GPD officers] were outrageously intoxicated and were sexually touching both males and females including each other. Also, several people at the party were taking pictures of females exposing their private parts.”
• On a separate occasion, [an officer] showed sexually explicit photos that were inside a locker depicting GPD personnel groping [a communications staffer].”
• “For the first several years of his employment, [a male communications staffer] attempted to make sexual advances toward [Harrell] inviting her to come to his house…despite knowing [she] was married with 4 children.”
• The same man “engaged in sexual activity with other GPD officers and employees, and attempted to have sex with men by luring them to his house with the promise of ‘wild’ and ‘crazy’ women and alcohol. When women did not show up, [he] would tell the male guest, ‘Let’s get naked while we wait’.”

According to the Gilroy Dispatch, when Harrell approached her superiors about her department’s behavior—some of which may have been illegal—she was given so much over time, she became exhausted. Her lawyers point to the fact that she earned $22,000 in overtime in 2015 as proof the department was trying to punish her for speaking out.

Harrell’s attorney, Andrea Justo, said, “These are very serious allegations…We hope the City of Gilroy and the Gilroy Police Department take them seriously.” She described her client as, “A very loyal employee for over 20 years” and indicated the allegations, “span that amount of time.”

One of the officers named in the lawsuit is Royce Heath who was demoted from Captain to Officer in January of this year for unspecified reasons.

Predictably, the Gilroy Police Department and the mayor are not commenting on the specifics of the alleged sexual misconduct. Mayor Roland Velasco expressed his confidence in Chief Scot Smithee and called the lawsuit Harrell’s “side of the story.”

Smithee broke his silence after the story broke Thursday and on Friday issued a statement saying, “The Gilroy Police Department is full of caring and dedicated public servants. I am proud of our strong history of community service and keeping the public safe. We are determined to maintain our focus on serving the community in a professional and ethical manner.”

Harrell is a wife of 29 years and a mother of four. She had worked for the Gilroy Police Department since 1990. Harrell lost her job in 2015 after warning trainees about certain officers presumably named in the lawsuit. The department apparently considered warning young recruits of sexual predators on the force as grounds for dismissal.

In addition to the city and the police department, Harrell is suing the police union, the American Federation of State, County and Municipal Employees, for not supporting her claimed of wrongful termination. Harrell is seeking an unspecified amount in damages.