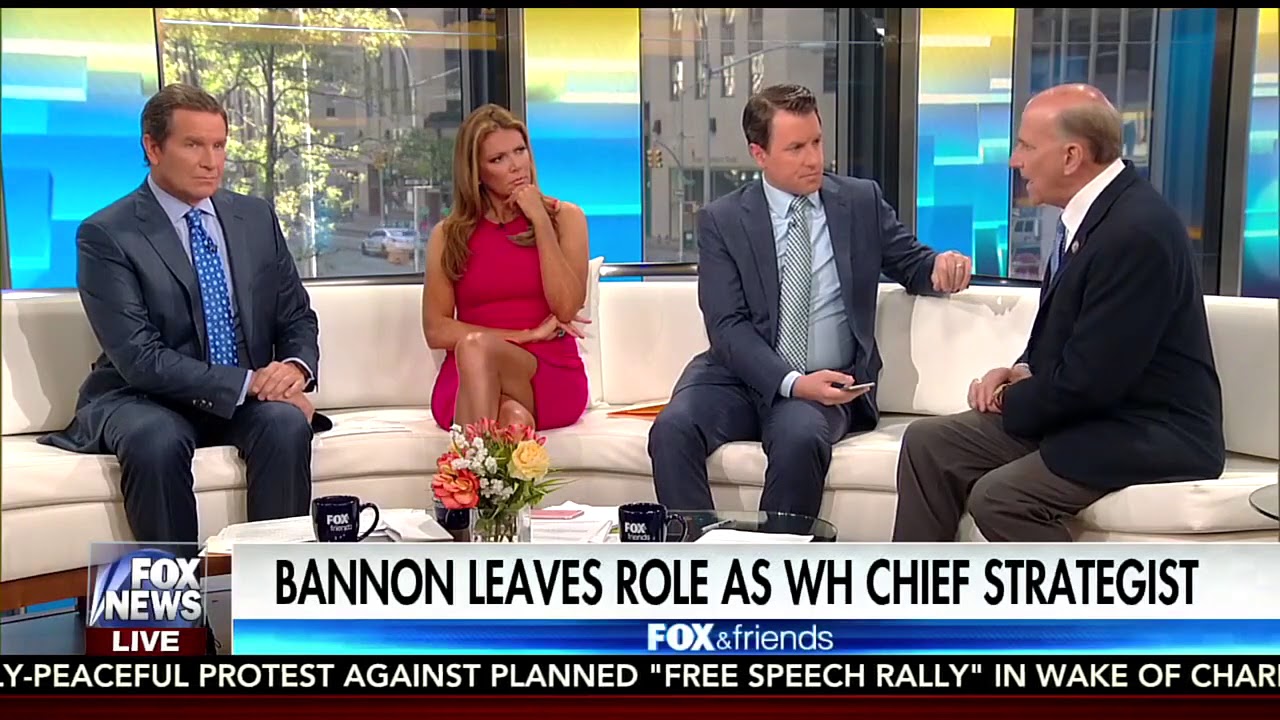 Editors Note: This article in no way implies that Heather Heyer was not killed after she was mowed down by a white supremacist. Rather, it is about the known facts that point to elected officials allowing the original confrontations that lead to her horrific death to happen in the first place.

(INTELLIHUB) — In a stunning series of events, Congressman Louie Gohmert has called for a Department of Justice investigation into Governor Terry McAuliffe and Charlottesville Mayor Michael Signer amid mounting evidence that police were told to stand down while protesters from both sides violently attacked each other.

“The way forwards not gonna be easy. And I think the Justice Department needs a full investigation of the governor, of the mayor. They said in court there would be violence at Charlottesville, and then the witnesses and the photographs show they herded these groups to create violence so they could brag,” Gohmert declared.

“We need a Justice Department investigation into Kessler. You don’t just go all of a sudden from having multiracial roommates and a Jewish girlfriend to all of a sudden being a white supremacist that wants to join the Republican party. There’s something very, very wrong in all of this.”

He added, “Like they were with the violence at Trump events they may have been behind this violence getting started. They facilitated it, anyway.”

Amazingly, Gohmert’s claims directly line up with numerous reports in the alternative media that paint a picture of a classic deep state run operation of divide and conquer.

Shortly after the car attack, former intelligence operative and world-renowned expert in psychological warfare, Dr. Steve Pieczenik, went on the record with his belief that this was a pre-planned, staged confrontation carried out by the deep state.

Pieczenik took aim at Richard Spender and Charlottesville Mayer Michael Signer among others, noting that, “There is no question that each man was working for some federal agency [CIA, FBI], coordinating their activities with their respective political parties [Rep./Dems.], always maintaining hidden agendas writ in covert languages.”

Additionally, numerous parties have already confirmed that their was indeed a stand down order given to police. In fact, as the Free Thought Project recently noted, the ACLU themselves confirmed it.

“The events that unfolded in Charlottesville, Virginia this Saturday were tragic, hateful, insidious and even deadly. Saturday will go down in history as the day America’s hate reared its ugly face and proved to the world that this country is being divided — to be conquered. Adding fuel to the fire of hatred and violence were politicians who told police not to intervene and allowed the unchecked carnage to unfold before their eyes,” wrote Matt Agorist.

“The stand down was confirmed by the ACLU who quoted a police source saying, “We’ll not intervene until given command to do so.”

On top of this, the life story of  the organizer of the white supremacist rally, Jason Kessler, reads like one straight from a cointelpro deep state handbook.

Again the Free Thought Project noted, “The organizer of the massively Pro-Trump ‘Unite the Right’ march on Saturday in Charlottesville, Jason Kessler reportedly happened to also be an Obama supporter in the days of Occupy — and as recently as 2016. According to an archived post from his blog, he also has no problem openly bragging about being a professional provocateur.”

The above facts are only a small portion of the information that has come out about Charlottesville which all point to the entire day being a deep state run false flag with the goal of allowing two extremist sides to fight it out with the hopes that something terrible would happen.