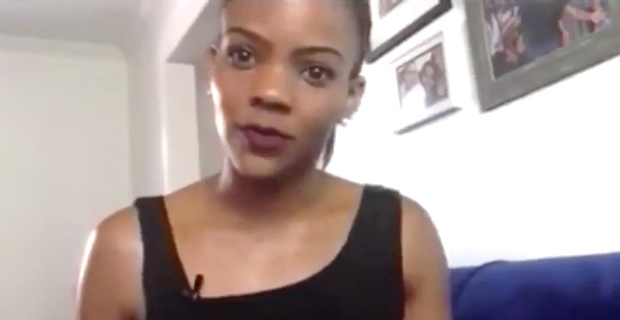 “Am I the only person in the world who relies on her own experiences to dictate what’s going on?”

In a video rant now going viral, an African-American woman slams the media for creating a fake race war that is not reflected in the reality of people’s every day lives.

“I mean there are what, 6,000 Klansmen left in our nation and you want me to actually process that as a legitimate fear every day when I wake up?” asks Candice Owens.

Owens is in no doubt when it comes to the question of who is to blame for ginning up race-based hysteria.

“It’s obviously the media’s fault – I mean the media is creating this entire narrative and it is crazy to me that people have not figured this out yet,” she asserts.

Owens goes on to accuse the media of “simulating a reality” in which people of different races are constantly at each other’s throats, when the truth is somewhat more mundane.

“Am I the only person in the world who relies on her own experiences to dictate what’s going on?” she asks, pointing out that black people and white people actually get along the vast majority of the time.

“I went to the gym this morning, a white girl signed me in and handed me a towel – no beef, I was trying to figure out this weight machine and a black trainer came over and helped me, no drama – I even went to the coffee shop thereafter and a Spanish girl made my latte with an extra shot – all good in the hood, and it was a great day, so you’ll have to forgive me for not realizing that the figurative racial sky was burning and it was up to me to choose a side,” Owens added.

Owens then goes on to chastise all sides for fanning the flames of a race war for their own selfish objectives.

“Everybody involved in this fake racial war is a loser. So please, spare me the statuses, and your white guilt and your black pride because I really don’t care to see it,” she states.

Owens concludes by urging people to stop falling for the media’s tactic of creating racial divisions where none previously existed.

In a similar message, Charles Barkley encouraged black people to focus on getting an education and stop killing each other rather than being offended over old statues.