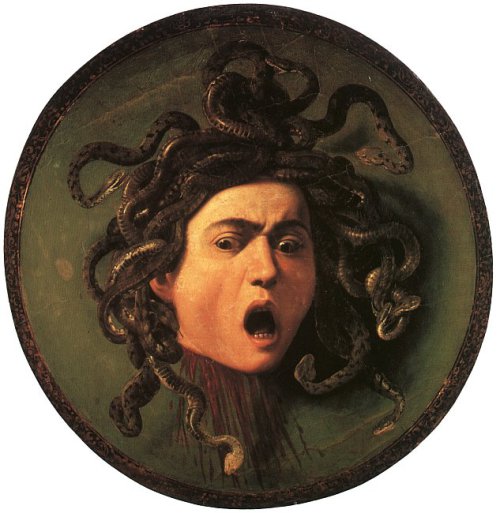 The Left are getting more insane and more evil by the day.

An online feminist magazine calls itself Medusa, the name of the monster in Greek mythology with writhing snakes growing out of her head.

The magazine describes itself as “a Feminist blog that is dedicated to promoting diversity and multicultural values,” most of the authors of which “are current and past students who met in college and decided to form a blog that expresses our views.”

In a post on June 21, 2017, “Beyond Pro-Choice: The Solution to White Supremacy is White Abortion,” Medusa calls on all white women to abort their white babies. Below is the Marxist, racist and genocidal essay in its entirety:

In a progressive society, it is often white families that stand in the way of equality and justice. Systemic white supremacy depends, first and foremost, on the white family unit. When white conquerors forcefully penetrated the indigenous, egalitarian homeland of the Native peoples of America, they were quick to replicate their white societies, initiating their parasitism by establishing white plantations, headed by white fathers, submissive white mothers, and, most critically, white children, with full dominion over the enslaved and oppressed people of color that were forced to uphold these micro-fiefdoms.

In 1973, the Supreme Court, consisting entirely of men, eight of whom were white, ruled that the termination of pregnancy was constitutional up until the third trimester. For decades, progressives have championed this decision as a victory for the cause of women’s rights. However, it is time we challenge this problematic notion.

First of all, it is critical to understand that the appeal to abortions being “Constitutional” reinforces white supremacy. There is no way around it. The Constitution was drafted and signed by white men, for white men. Slavery was Constitutional. The “right” to terrorize citizens through the bearing of arms is Constitutional. So-called “due process,” in which white juries condone the murder of innocent black men, is a Constitutional process. Being Constitutional does not make something progressive or innately valuable. In fact, Constitutionality is often synonymous with “exclusively beneficial to the white race.”

Second, the notion of “choice” in abortion is inherently white supremacist and ableist. Women of color do not often have the same privilege to choose termination as do white women. For social, religious, economic, and ethical reasons, women of color may experience roadblocks on the path to body autonomy that white women would never be forced to confront due to their privilege of being born in a white supremacist society that continually looks out for their needs. Under present circumstances, women of color simply do not have the absolute choice when it comes to their bodies. It is time to stop pretending that they stand on equal footing with white women, when it has been proven that the embedded systems of white supremacy do not act impartially to all women. Because white supremacy prevents women of color from their freedom to choose, we must level the playing field by other means.

Of course, the best choice is to act preventatively to ensure that white children are not at risk of being born. But in circumstances in which termination and generation are the options, it is best to take advantage of your right to choose, and abort in favor of assisting women of color.

It is time to move beyond “pro-choice” and start focusing on the needs of women of color. It is time for white women to stop considering only their own comfort and ambitions when choosing to raise children. We have entered an era of “pro-future,” in which white supremacy is crushed, and children of all colors are free to live in an open and welcoming society. Being pro-future is the next step in women’s liberation. Do your part, white women: end white supremacy.