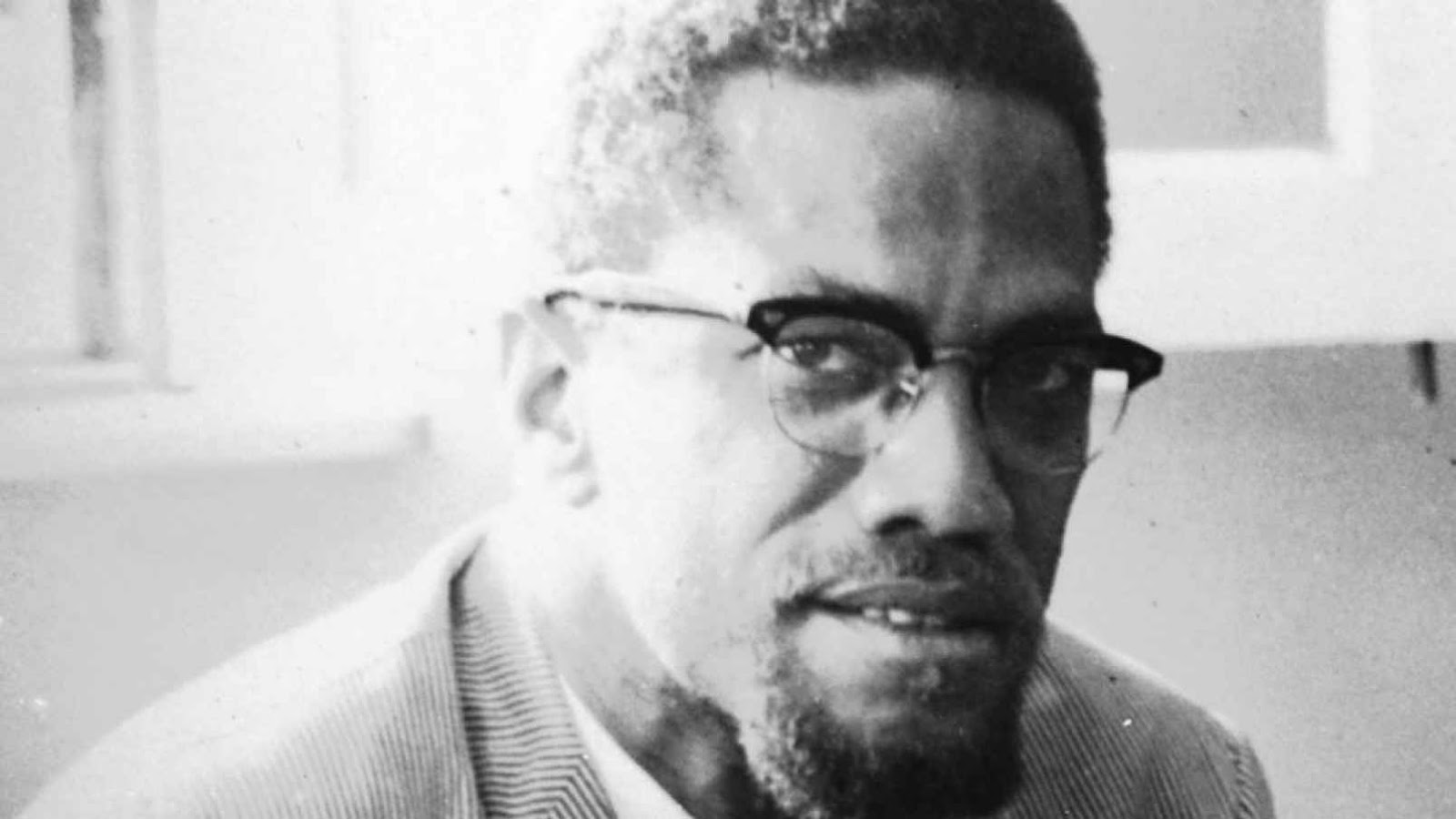 There are streets, schools and parks across the country named after a violent racist who urged the KKK to murder civil rights activists and claimed that racial integration was a Jewish conspiracy. 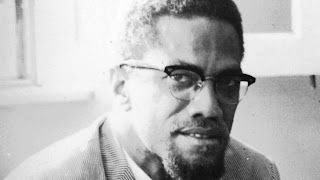 There’s a boulevard in Brooklyn named after a racist who admired Hitler and boasted of being the first fascist. Harvard has a prominent institute named after a bigot who defended Nazi bigotry.

New York City, Washington D.C. and Los Angeles all have streets named after a supremacist and nationalist who palled around with Nazis. New York City has a statue of him. Washington D.C. has an art tribute to him. If we are going to take down Confederate memorials, there’s no way he can stay up.

In 1961, Malcolm X introduced George Lincoln Rockwell, the leader of the American Nazi Party, on stage at a Nation of Islam rally. After Rockwell made a donation to the racist black nationalist hate group, Malcom X led a round of applause for the Neo-Nazi leader and called him, “Mr. Rockwell.”

There’s been a recent effort in Bethesda to rename Winston Churchill High School after Malcolm X. How can you rename a school honoring the leader who defeated Nazism after Malcolm, a Nazi collaborator?

Malcolm X wasn’t breaking any new ground by palling around with Nazis. There had been a longstanding alliance between black nationalist and white nationalist groups which shared a common belief in the racial inferiority of other races, opposition to the Civil Rights Movement and anti-Semitism.

The head of the American Nazi Party had described Nation of Islam boss Elijah Muhammad as “the Adolf Hitler of the black man.”

Malcolm X had previously met with the KKK. The Muslim racist bonded with the Nazi racist over anti-Semitism. “The Jew is behind the integration movement, using the Negro as a tool,” Malcolm X told him.

J.B. Stoner, the KKK leader he met with, would be convicted of the bombing of the Bethel Baptist Church in Birmingham. The bombing had taken place three years before their meeting.

Malcolm X had even urged the KKK to eliminate “traitors who assisted integration leaders”. The man after whom streets all over the country have been named was urging the KKK to kill civil rights workers.

“I sat at the table myself with the heads of the Ku Klux Klan,” Malcolm X later admitted. “From that day onward the Klan never interfered with the Black Muslim movement in the South.”

There’s a statue of Malcolm X at the Audubon Ballroom in New York. It’s some 40 blocks up from Malcolm X Boulevard. The Champions for Humanity Monument in Oakland’s Kaiser Memorial Park includes Malcolm X. There’s a Marcus Garvey/Malcolm X installation in Washington D.C.

They must come down.

And all the streets named after Malcolm X must go. In New York, in Washington D.C., in Dallas, in Lansing and in Los Angeles. The signs must come down and their names must be changed.

It’s the only right thing to do. 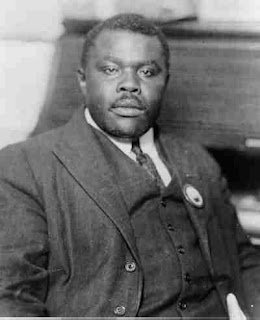 Marcus Garvey Park sits east of Columbia University in New York. You can find the Marcus Garvey School in Los Angeles. And another one in Washington D.C. Not to mention Chicago and Memphis.

There’s a Marcus Garvey Boulevard in Brooklyn. It’s a street named after an admirer of Adolf Hitler.

Garvey, an early black nationalist, had met with KKK leaders to undermine the NAACP. “Between the Klu Klux Klan and the NAACP group, give me the Klan,” he had said. “You may call me a Klansman if you will,” he had added.

There are schools in America named after a racist who admired Hitler and Mussolini, and claimed to have been the first fascist.

“We were the first Fascists,” Garvey boasted. He also contended that, “Mussolini and Hitler copied the programme of the UNIA.”

Marcus Garvey urged his followers to read Mein Kampf. “What the Negro needs is a Hitler,” he declared.

“Hats off to Hitler the German Nazi,” cheered the national hero of Jamaica.

Not far from Malcolm X Boulevard in New York, you’ll come across W. E. B. DuBois Avenue. The W. E. B. Du Bois Research Institute is hosted by Harvard. Fisk University has a statue of DuBois. The University of Texas at Austin has a DuBois sculpture. A huge 800 pound bronze bust of DuBois sits at Clark Atlanta University.

They must all come down.

W. E. B. DuBois, a co-founder of the NAACP, was never quite sure if he was a Communist or a Nazi. Despite his Communist sympathies, he also tried to find time for the Nazis.

DuBois praised Hitler who “showed Germany a way out when most Germans saw nothing but impenetrable mist.” He suggested that the Nazis weren’t really bigots and that their anti-Semitism “is a reasoned prejudice, or an economic fear.” In “The German Case Against the Jews”, he defended Nazi bigotry. Under Hitler, he claimed that there was “more democracy in Germany than there has been in years past.”

Take down his statues. Take away Henry Louis Gates’ cozy spot at the W.E.B. DuBois Institute.

If Confederate statues are unacceptable, then how can statues, streets and schools named after political allies of the KKK, Nazis and Neo-Nazis stay up? If General Lee must go, how can Malcolm X, Marcus Garvey and W.E.B. DuBois remain?

General Robert E. Lee never cheered the head of the American Nazi Party the way that Malcolm X did. Nor did he break bread with the Klan or defend the Nazis. If he must go, actual Klan and Nazi sympathizers like Malcolm X, Marcus Garvey and W.E.B. DuBois should be tossed in the trash.

The double standard that privileges the ugly racism of black nationalists doesn’t just protect them, but also covers up their racist alliances with Nazis, Neo-Nazis and white supremacists. It is impossible to end racism as long as special exemptions are made for certain forms of racism. That is not only true in the abstract, but in the concrete reality that black racists are allies and supporters of white racists.

The solidarity of racists against a color blind society is the cause of Charlottesville and the rise of racism. Black Lives Matter and the Klu Klux Klan feed off each other in the same way that Garvey, Malcolm X and the Klan and the American Nazi Party did. The left’s support for black racism keeps white racism alive. 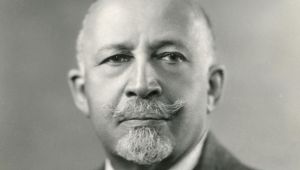 There are statues of Martin Luther King everywhere, but the tragic truth is that Democrats rejected his vision and embraced the black nationalism of segregated safe spaces, racial supremacy and black racism.

Civil rights is dead. Malcolm X and the KKK won.

But if the left really wants to knock over the statue of a white racist, a prime opportunity has opened up in Manchester, England where a statue of Friedrich Engels, Marx’s Marxist collaborator, was just set up.

Engels referred to black people as “N___s” and “nearer to the animal kingdom”.

The left is welcome to topple that statue. But it won’t. It isn’t opposed to racism. It is racist.

What the left hates, what Malcolm X and the KKK hated, what Antifa and the Neo-Nazis hate, is a liberal society in which people actually get along with each other and don’t need a tyrant to “save” them. The left embraced identity politics to destroy American civil society. Their plan is working.

But if the left wants to start smashing statues, those of its racist leaders must also fall.