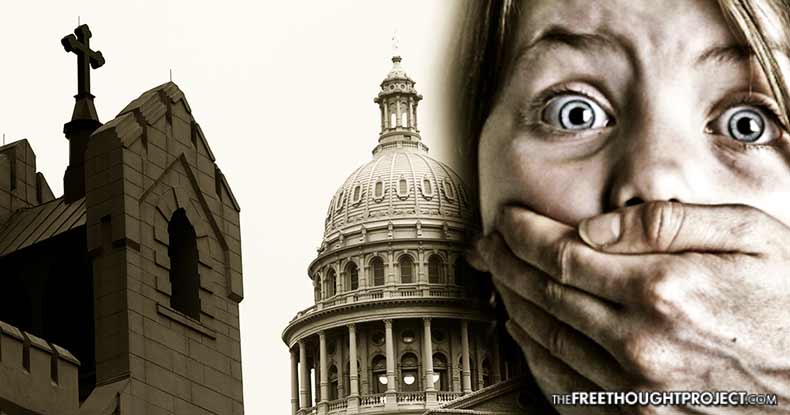 A scathing report from Victim Support, a charity dedicated to helping victims of sexual abuse, has shed light on the Catholic Church and the government working to avoid paying compensation to child victims of sex abuse.

The government agency, Criminal Injuries Compensation Scheme, and the Catholic Church are actively attempting to deny financial settlements against them, saying the victims have “consented” to the abuse by government agents and clergy — even if they were too young to legally do so.

As the Independent reports,

Lawyers representing victims have warned that this line of defense is becoming increasingly common.

One case that the charity Victim Support brought attention to involved a 12-year-old girl who was given alcohol, brought into woodland and then sexually assaulted by a 21-year-old male. The girl was denied compensation because she had “voluntarily” gone into the woods with the man.

“No child ever gives their ‘consent’ to being abused, and the increased use of this line of defense, although still quite rare, is worrying,” said Anne Longfield, the Children’s Commissioner for England. “I have contacted the Ministry of Justice previously and again recently about this issue and the Government should look urgently at what can be done to tackle it.”

According to a report out of the Sunday Telegraph, they have seen documents from two cases in which this sickening defense to avoid compensating victims was used.

One claimant was told by lawyers for the Catholic Archdiocese of Southwark that his abuse, which included rape and began when he was 15, “actually occurred in the context of a consensual relationship (albeit one the Claimant in retrospect now appears to regret)”.

The victim, who cannot be named for legal reasons, told this newspaper that the use of the defence felt “insulting”. “I was below the legal age of consent anyway and there’s a grooming element to that kind of situation. It was totally disregarded and it made me feel really small,” he said.

In another case, a pupil was making a claim following sexual abuse by her teacher. The abuse began when she was under 16 and continued into adulthood.

The local authority, Cambridgeshire County Council, claimed in defence documents that it was not liable for abuse which took place after the age of 16.

The pupil eventually received £550,000 in compensation from the authority.

While these victims eventually received compensation, the fact that both the church and the state attempted to initially refuse it with this disgusting claim of “consent” is telling — yet it should come as no surprise.

The government frequently attempts to blame victims of sexual abuse when they are the ones carrying it out.

The girl came forward with claims of disturbing sexual assault on multiple occasions and Laroche did not deny them. Instead, like the Catholic Church and the British government, he claimed his victim wanted it.

The church is also privy to blaming the victims too. As TFTP reported in 2015, an Italian priest, Gino Flaim claimed to “understand pedophilia” and said it’s caused by the child’s attempt to find affection.