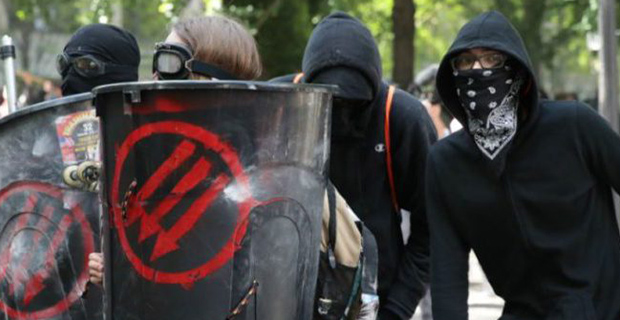 Alt-left agitators are planning to stage mass riots in major cities on November 4 during which they hope to instigate a “civil war” that will lead to the “regime change” of the Trump administration.

Demonstrations are planned for cities across the country, including New York City, Austin, Chicago, Los Angeles and San Francisco.

A long diatribe written by Andy Zee posted on the Revolutionary Communist Party website makes it clear that the events, which leftists hope will attract “millions,” are not planned to be just ordinary protests.

“There is a break with what have been the norms we confront, and to deal with this there must be a break with the “normal” ways people seek change from government. The normal forms of petition and protest DO NOT APPLY with Trump—even as they have been difficult enough under the normal functioning of this system,” writes Zee.

“Sharp agitation” and “politically provocative actions” must be employed to achieve the complete overthrow of the administration, according to Zee.

Zee cites The Coming Civil War by Bob Avakian, “the Chairman of the Revolutionary Communist Party and architect of the new synthesis of communism,” as a template for the planned unrest.

The rest of the screed is a hysterical rant about how Trump and Pence are instituting “fascism” in the United States. The article is heavy on maniacal claims and thin on facts.

Violent Antifa groups, which the mainstream media and political class has embraced over the last week in the aftermath of Charlottesville, are sure to be taking part in the unrest.

Yesterday we reported on a petition signed by over 150,000 Americans asking the White House to declare Antifa a terrorist organization.

Whether the demonstrations turn into riots or another damp squib of hammer & sickle flag-waving idiots chanting moronic, mindless slogans before going home having achieved absolutely nothing remains to be seen.

Our money is definitely on the latter