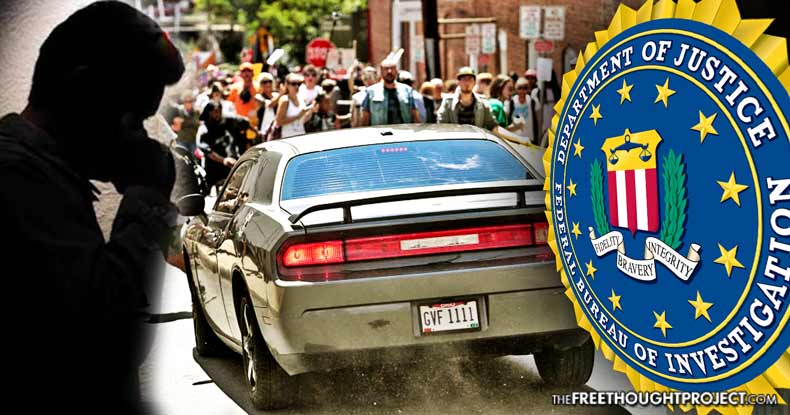 FBI sources have confirmed that it’s extremely unlikely that leaders of the radical white nationalist and Antifa groups that squared off in violent clashes in Charlottesville, VA will face prosecution due to their being federal law enforcement assets.

According to an exclusive report by True Pundit:

FBI said they have already identified several federal informants who participated in the mob-like riots over the weekend in Virginia. The FBI is also now working those sources to piece together the events from Charlottesville, sources said.

But FBI agents have deemed the newly-minted investigation dicey, having to navigate separate agreements with embedded intelligence assets while trying to pinpoint responsibility for the violence.

Late Saturday, the Justice Department announced the federal probe. The investigation, spearheaded by the Richmond, VA FBI field office, was launched after an Ohio man drove his car through a crowd of demonstrators killing one woman and injuring dozens.

The FBI has Intel assets implanted in several white supremacy sects, as well as the radical ANTIFA group, according to federal law enforcement sources who spoke to True Pundit.
The FBI sources said it is unlikely an asset would be charged for stoking violence in Virginia if for instance that asset had or was providing valuable information on another domestic terrorism case.

“We wouldn’t do a solid informant for this,” one FBI insider said.

The word “do” here pertains to indict.

The report indicates that intelligence assets from the FBI have infiltrated the full spectrum of radical groups, and unless the crimes committed by them rose to an extreme level, such as police officers being killed as part of the demonstrations, they would likely not be charged.

The FBI source used the example of the two Virginia State Police troopers who died after they lost control of a State Police helicopter which was leaving Charlottesville, according to NTSB records, as an example of what type of incident would rise to the level such that an embedded intelligence asset would blow their cover for a prosecution.

Even more harrowing perhaps is the revelations that an FBI initiative called PATCON, or Patriot Conspiracy, has been in place since the late 80’s. This was a long-term provocation campaign in which the Bureau sought “to infiltrate and incite the militia and evangelical Christians to violence so that the Department of Justice could crush them,” explains Salt Lake City attorney, Jesse Trentadue, whose brother was killed while in federal custody shortly after the 1995 Oklahoma City bombing.

Trentadue has worked diligently to expose a vast cover-up of the OKC bombing, and the FBI’s intentional efforts to protect the likely federal asset, “John Doe II,” a dark-haired, heavy-set man seen by dozens of people in the company of Timothy McVeigh on the day of the bombing — who the FBI claims doesn’t exist. Through his investigation, Trentadue learned that exposing the identity of this likely FBI informant was crucial to obtain justice for his murdered brother.

Trentadue maintains that there is a “strong possibility” that the long-suppressed video recordings captured McVeigh in the company of a second person who would be identifiable as “an FBI undercover operative.”

“The reason [the FBI] doesn’t want that tape released is … that one of the people getting out of that truck on the morning of April 19, 1995, was working for the FBI,” Trentadue said in an interview with Lew Rockwell.

“The FBI had, I now know, at least five or six undercover operatives linked in with McVeigh in Elohim City. What I don’t know is the motivation behind the bombing…. What is not clear is whether it was a sting operation gone bad, that the plan was to stop it but the FBI failed, or else they wanted it to happen, as horrible as that sounds…. It’s clear that they facilitated the bombing, directly or indirectly. It’s clear they didn’t stop it.”

According to the late William Grigg, writing for Pro Liberate:

The same is probably true of the little-remembered October 1995 sequel to the OKC Bombing – thederailment of the Sunset Limited, an Amtrak train carrying 248 passengers. Sleeping car attendant Mitchell Bates was killed and 78 others were injured when four of the train’s 12 cars careened off a 30-foot trestle.

Make no mistake, the FBI recruits assets to infiltrate radical groups and then attempts to use these assets to push people over the edge. They work to compromise innocent people engaged in fearful conduct, like buy illegal guns — re: Ruby Ridge and Waco.

These types of operations are critical to moving along the police state agenda, whereby people willing give away liberty, freedom, privacy, etc. in the name of being kept safe by the government. It’s an ingenious plan that essentially creates fear within the population by fomenting phony threats or magnifying the threat a group presents exponentially. Through this PATCON program, the feds learned how to ever expand the control state with endless funding.

Jesse Trentadue’s efforts to find out why his brother was killed exposed what happened in OKC and much about this insidious program through twenty plus years of relentless litigation through FOIA.

One FBI insider told True Pundit that the Bureau is somewhat handcuffed in an investigation like this. How can you charge someone who might be linked, the FBI insider asked, when you’ve been paying them for months or longer?

Given the facts related to PATCON, it seems plausible that violence seen in Charlottesville is simply the continuation of the FBI’s long-running divide and conquer fear operation, and not nearly as spontaneous or organic as the mainstream media would have you believe.