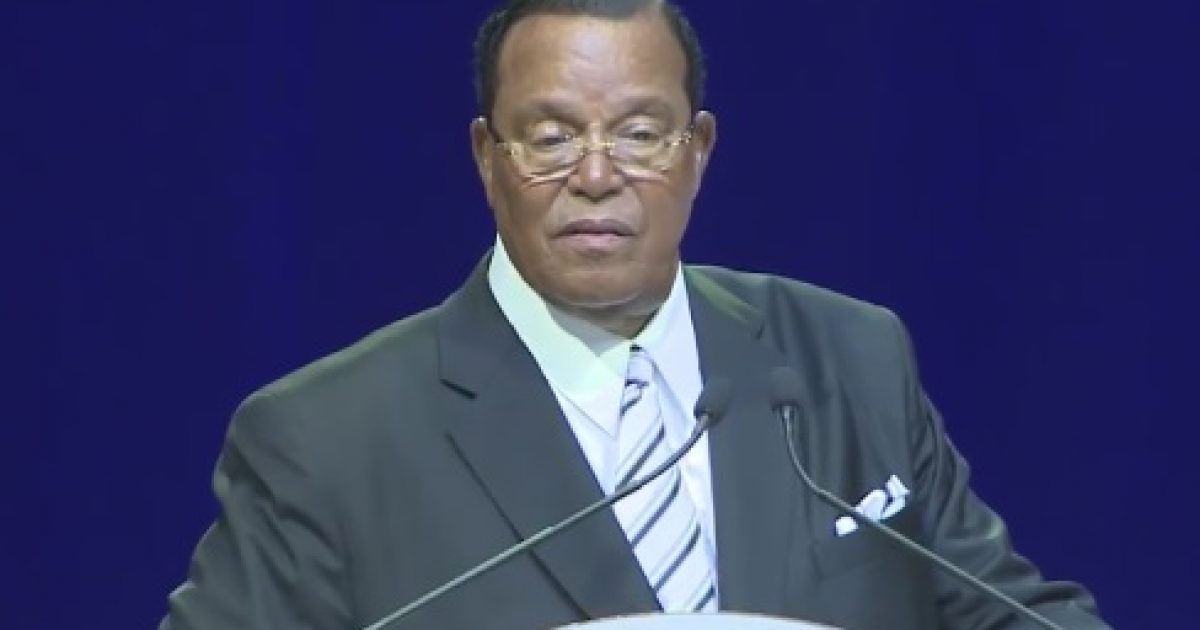 Nation of Islam leader Louis Farrakhan spoke earlier this year at “Saviour’s Day” about the assassination of President Donald Trump, and said that there was a development taking place to ensure there was a patsy for his murder.

“Right now, they’re developing a patsy for the murder of the president,” he said.

“These wicked people, now I’m just warning you murderers out there, you better leave Trump alone,” Farrakhan added. “Because if you kill him, you will find revolution faster than you could think.”

“And by the way, if you come into Chicago to get me, in the name of you looking for gangs, let me know when you’re coming so I can meet ya because I’ll be damned I’ll run from you,” he said.

He then added, “And if God lets you kill me, I’ll be the last one that you kill.”

Farrakhan said that all it would take is for someone to try and kill him and they would discover how much he’s “loved by God.”

He then went on to bring in the mix a shot at the Zionists.

“So all you haters of the president, be careful,” he warned. “Cause I know the Zionist Jews that control you, told you it was alright to say what you saying, cause I know you. You ain’t that bad. You didn’t find your testicles at Wal-Marts.”

Then, Farrakhan pointed to a mountain of virtue (insert sarcasm here), Busta Rymes, and said he saw him at the Grammys and mentioned how he “spoke with passion” and how he referred to President Trump as “Agent Orange.”

He concluded his statements by warning the audience to “be careful how you talk about the president.”

“I talk, but I’m respectful,” he said. “And if I give you courage to speak, remember this admonition of Jesus, ‘Be wise as the serpent and humble as the dove.'”

Now, the words he spoke are some wise words regarding being careful about what you say.

In fact, people, regardless of the color of their skin, their religion or ethnicity should guard their words carefully.

I am still amazed that people went on social media and openly declared they wanted to assassinate Presidents Bush, Obama and Trump, thinking they can just do that without incurring an investigation.

However, keep in mind that this is the same man who said that Trump followers are racist.

This is the same man who threatened to tear down US flags at the Capitol.

This is the same man who called for volunteers to kill white people saying, “stalk them and kill them.”

This is the same man who encouraged murder.

This is the same man who said, “We’ll tear the God damn country up!”

This man is not respectful in his speaking. He’s a devil. He follows Muhammad, just he’s a little slicker in his approach than your average Islamic jihadi, but he’s set the mindset of the people to strike if he gives the order. Don’t doubt it for one minute.

Here’s his complete thoughts on the matter.