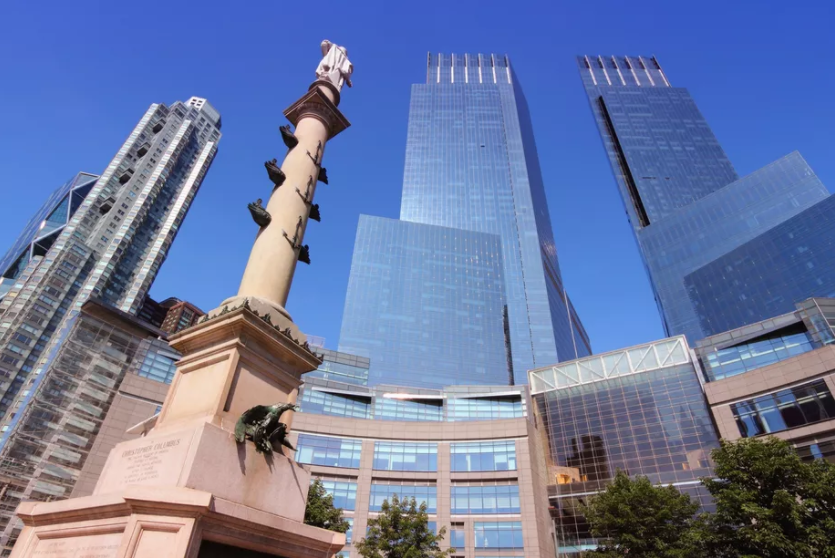 New York City’s Communist Mayor Bill de Blasio has decided to move with his comrades around the country and review all of New York City’s monuments and has confirmed that he will even consider a proposal to remove a statue of Christopher Columbus.

His consideration follows a rally held by City Council Speaker Melissa Mark-Viverito and other elected Democrats calling for the removal of a statue of 19th Century doctor J. Marion Sims from Central Park. Sims is known to have experimented on African slaves.

Sims, dubbed the “father of modern gynecology,” experimented on unconsenting African slaves as part of his research.

During the rally, Mark-Viverito also suggested that removing the statue of the legendary explorer Columbus needed to be “looked at” due to his being a “controversial figure.”

“The Columbus statue is obviously one that will get very immediate attention because there’s been tremendous concern raised about it,” Ben Sarle, a mayoral spokesman, told the Observer in an emailed statement. “When the guidelines/criteria for review are set by the commission, we will make sure they are available to the public.”

Staten Island Councilman Joe Borelli (R) wrote a letter to de Blasio, calling on him to present a “clear and concise document” that outlines the criteria for which a statue can be removed.

“Although your intentions may be well placed, I fear that an examination into these particular statues, as well as the many others the city hopes to ‘review,’ will present complex and cloudy historical interpretations that will only serve to deepen gaps between people of New York with different backgrounds and historical worldviews,” Borelli wrote. “I will also bluntly remind you that it will not change the history of those they commemorate, controversial or otherwise.”

This is exactly right, but what is not said is that once removed from the public square, these people will then begin the work outlined in 1984 and which we see all the time on the internet and that is an attempt to flush that history down the memory hole but rewriting books and re-indoctrinating America’s children.

Though Columbus is often cited as the man who discovered America, the reality is that it was discovered long before Columbus by the Vikings, and possibly before them by what we refer to as Native Americans.

However, Columbus does hold a significant place in American history, and this is why these Communists want him removed from the public square.

Columbus was a forerunner of Christians who founded America.

This is the real reason for the attack. The same could be said of the attack on Confederate statues and monuments. They don’t represent white supremacy or slavery any more than my house does. They represent Christians who stood against a tyrannical central government who tried to play God and usurp the law.

If you want to destroy the country, destroy its history and its foundations, and attack the fathers that hold to that history. That’s what they are doing now.

As I pointed out in a previous article, self-professed liberty lovers, constitutionalists, Christians and conservatives must put their money where their mouths are and begin to dismantle the US Department of Education and start teaching their own children.

For generations, people in America have abandoned their children to the public indoctrination centers we call public schools.

What is happening didn’t happen overnight, my friends.

Domestic terrorist and Obama author Bill Ayers was engaged in domestic terrorism from the 60’s and 70’s when he and his terrorist group, Weather Underground, engaged in bombings of New York City Police Headquarters in 1970, of the Capitol building in 1971, and the Pentagon in 1972.

In 1970, Ayers’ then-girlfriend Diana Oughton, along with Weatherman members Terry Robbins and Ted Gold, were killed when a bomb they were constructing exploded unexpectedly.

That bomb had been intended for detonation at a dance that was to be attended by hundreds of Army soldiers at Fort Dix, New Jersey.

Ayers himself attested that the bomb would have done serious damage, “tearing through windows and walls and, yes, people too.”

He was a fugitive running from the FBI, along with his then girlfriend Bernardine Dohrn.

They finally surrendered in 1980, but all charges were dropped due to an “improper surveillance” technicality.

Apparently, a warrant had not been issued for some of the surveillance.

He tried to justify his and his groups bombing and declare they were different than the bombing of the Boston Marathon bombings.

I say that to say this, Bill Ayers learned that bombing would not accomplish his ends. So, he and his wife, Bernadine Dorhn, became professors at universities.

Dorhn is a Northwestern University law professor while Ayers is now a retired professor in the College of Education at the University of Illinois at Chicago.

In other words, it is people like Ayers who are influential in producing the mentality of the herds of people we see showing up to upend the law and disrupt society with violence, rioting and the erasing of our history from America’s public square.

It’s time we cut off the means for them to indoctrinate our kids, but the responsibility to do so lies with us.