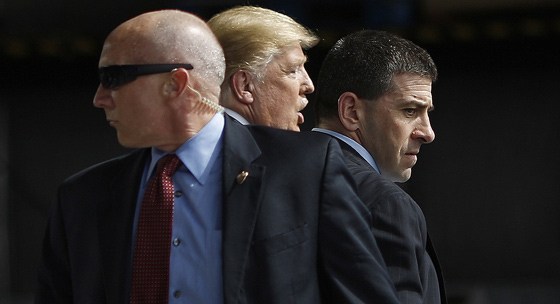 On Wednesday there were a lot of Trump fans who were celebrating the latest progress in the stock market. For the first time in over 100 years, the DOW gained 4,000 points over the course of 200 working days. That’s 4,000 points since Trump was elected, so it’s easy to draw a connection between the stock market’s dizzying new heights and Trump’s ascent to the White House.

But Trump’s supporters shouldn’t really celebrate that, because there’s no way that this can last. It’s been pointed out many times before that Trump is being set up for the inevitable crash of our economy. The elites simply can’t wait to pull the plug on the many financial bubbles that are haunting our economy. If they do it now, they’ll walk away with a lot of money while Trump is left with all the blame, since he took so much credit for the stock market’s remarkable performance.

Of course, a financial crash won’t look so bad for Trump if it comes out of nowhere. What the elites really need is a financial crash that can be easily pinned on the President, and it appears that they may finally have it. You may recall that Trump recently said that he will veto the next spending bill that’s due in September, if the Senate and Congress don’t include funding for his border wall. He basically threatened to cause a government shutdown if the Democrats don’t cooperate with him.

Credit ratings agency Fitch Ratings on Wednesday said a failure by U.S. officials to raise the federal debt ceiling in a timely manner would prompt it to review the U.S. sovereign rating, “with potentially negative implications.”

Fitch, which currently assigns the United States its highest rating — “AAA” — said in a statement that the prioritization of debt service payments over other government obligations, should the debt ceiling not be raised, “may not be compatible with ‘AAA’ status.”

The U.S. sovereign debt rating is Fitch’s measure of confidence in the soundness of the U.S. economy.

Without the ability to sell more debt, the government is expected to run out of cash, possibly in early October, and faces the risk of not paying the interest and principal on its debt on time. The United States defaulting on its bonds, traders fear, would rattle financial markets worldwide.

It’s understandable that Trump wants to put his foot down and demand that our legislative branch fund his border wall. It was the crux of his campaign, and his base will grow restless if he doesn’t get it built. But if he causes a government shut down in the process, it could trigger the next financial crisis, and lead to the demise of his presidency. And the people who turned out economy into a casino will walk away without receiving any blame.