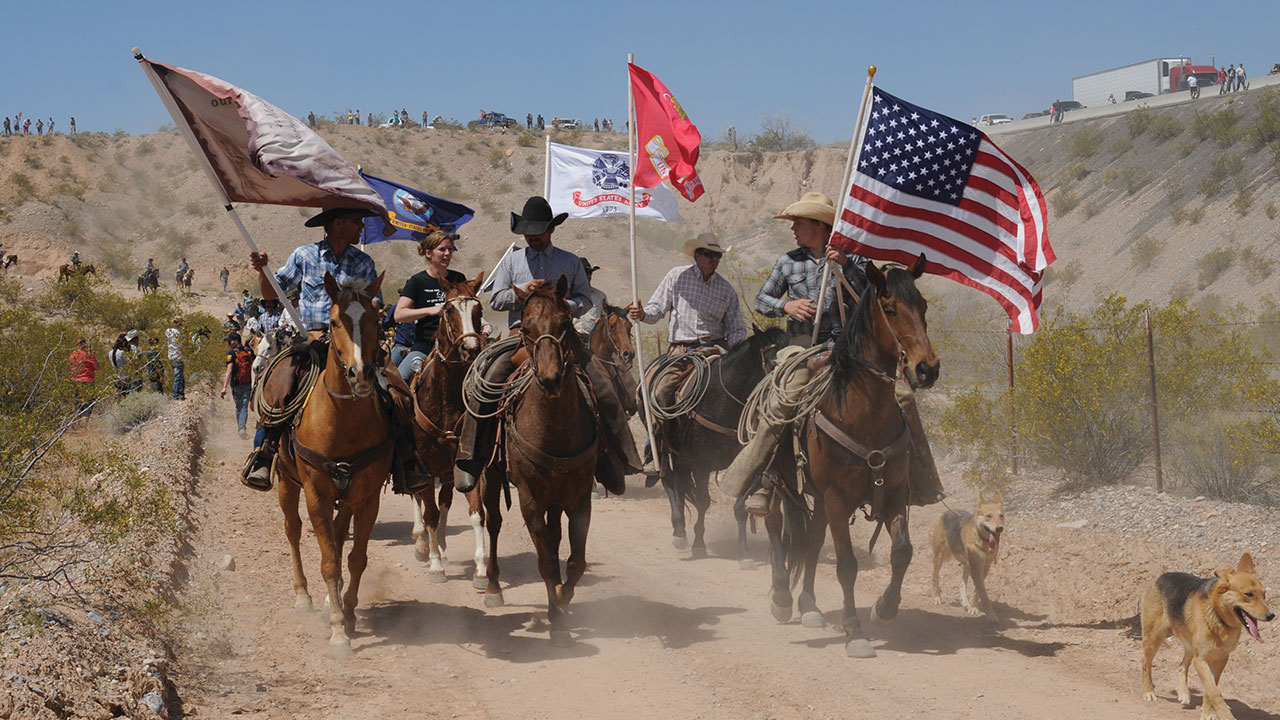 These tyrants just can’t let it go. They can’t make their case to the jury to find these men guilty so they are going to try them a third time and push other defendants’ court date back further into the future!

After the jury acquitted two defendants in the Bundy Ranch case of all charges against them, they were deadlocked on two others, O. Scott Drexler and Eric Parker, both of Idaho.

Still, they were released from prison on Tuesday evening, but discovered on Wednesday that the government, who could not make their case to the jury, wants to try them again.

Marchese said it was unprofessional and unnecessary. “This is a business,” he said. “And there’s no need for emotion in a business.”

It’s actually pretty cowardly what Mr. Myhre has been involved in, in attempts to bring in situation and conduct that occurred well after Bundy Ranch against defendants to make his case, as well as being just fine with holding defendants up to five years without worrying about violating their right to a speedy trial.

Consider that Mr. Myhre is the same man who would not include the men found guilty in the first trial in the retrial for the charges they were not found guilty on because of time and expenses, but he will not let these men go to save money and time and actually give the other men their day in court in a timely manner.

The U.S. Attorney’s Office in Las Vegas confirmed Wednesday it will go back to court for the third time in an attempt to convict two men accused of taking up arms against federal agents.

Less than 24 hours earlier, a jury had acquitted two standoff defendants and dismissed the most serious charges against two others. Now federal prosecutors say they will retry the men next month on outstanding weapons and assault charges.

The move pushes back the trials for 11 other defendants in the 2014 Bundy Ranch standoff, including Nevada rancher Cliven Bundy and his sons Ammon and Ryan Bundy, who have spent 18 months in prison while awaiting their court date.

Nevermind that the keeping and bearing of arms is a right protected under the Second Amendment.

Nevermind that the position of the men and their weapons was a defensive position in the face of hundreds of armed, tactically trained federal agents and snipers with their weapons targeting innocent Americans who were simply engaged in protesting the lawless actions of the Bureau of Land Management.

To demonstrate just how crooked Judge Gloria Navarro’s court is and how in lock step it is with the tyrannical central government it works for, even AZ Central saw what was going on.

Navarro’s rulings, aimed at trying to avoid jury nullification, severely limited defense arguments. Jury nullification occurs when a jury returns a verdict based on its shared belief rather than on the evidence in a case.

Navarro barred defendants from discussing why they traveled thousands of miles to join protesters at the Bundy Ranch. She did not allow them to testify about perceived abuses by federal authorities during the cattle roundup that might have motivated them to participate.

Navarro also restricted defendants from raising constitutional arguments, or mounting any defense based on their First Amendment rights to free speech and their Second Amendment rights to bear arms. In her rulings, Navarro said those were not applicable arguments in the case.

Federal officials did not face the same restrictions. To show defendants were part of a conspiracy, they referenced events that happened months, or years, after the standoff.

Federal prosecutors, led by Myhre, argued in court the case wasn’t about the First or Second Amendments; that the Constitution doesn’t give people the right to threaten federal officers.

And the Constitution doesn’t give the right for members of an unconstitutional agency to threaten American citizens either, Mr. Myhre.

Because of Myhre’s and Navarro’s reckless and lawless behavior, now Drexler and Parker will have to face another trial and the Bundys and reporter Pete Santilli will have their court date delayed well into October or possibly November.

And why? Because for Myhre this is not about justice, it’s personal. That was demonstrated in his attacks on the defendants and their attorneys.

Indeed, it is personal, but it should be about justice.

There are still 11 defendants who remain incarcerated for the past 19 months without a trial and the court’s actions continue to infringe on the rights of these men.

“Those guys want their day in court,” said Marchese.

As for at least one of the defendants awaiting trial, Pete Santilli’s attorney, Chris Rasmussen has filed a motion for pre-trial release.

Sadly, I can tell you they aren’t going to grant it. They haven’t done so thus far. There’s no way the government is going to give an inch here. They have too much to lose.