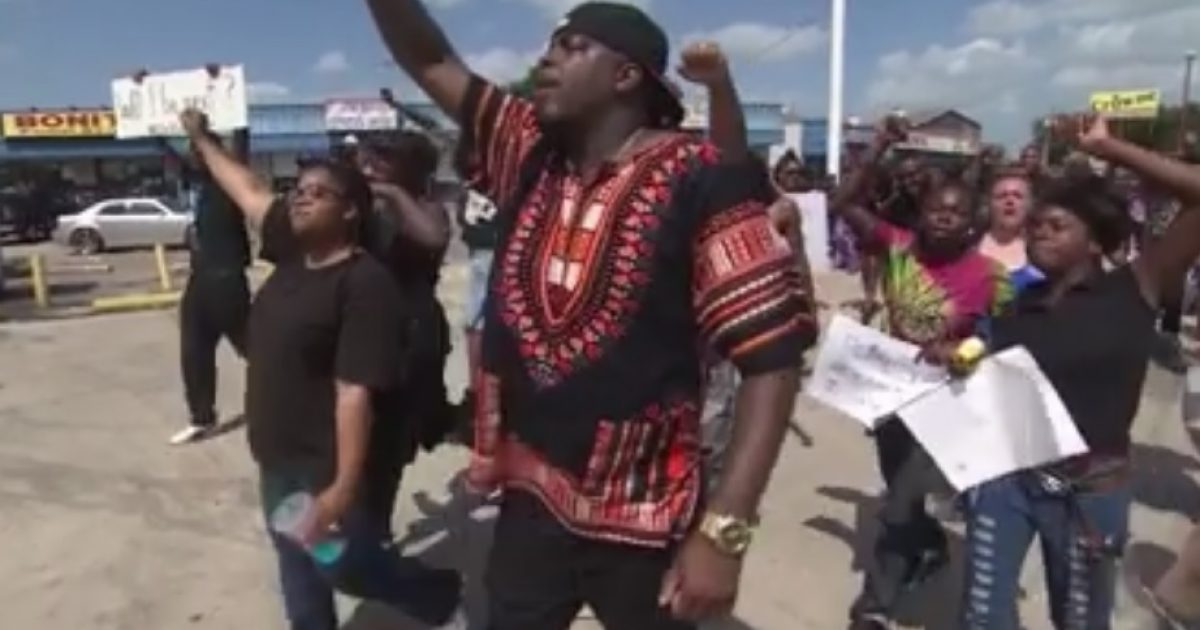 Back in July 2016, a group of Black Lives Matter protesters took to the streets of Dallas, and so did a group of counter-protesters, but what occurred is how all of these protests should end.

While this is over a year old, it’s videos like this one and the actions of the people that should be the norm in America.

A group of Black Lives Matter protesters met a counter-protest group on the streets in Dallas – and then this happened. http://2wsb.tv/2ldxm0K

WSB-TV reported on what took place following the fatal shooting of of five Dallas police officers.

A Black Lives Matter protest ensued in response to police-related deaths of two black men in Louisiana and Minnesota.

The CNN video showed men and women, both black and white, introducing themselves to each other, embracing one another, shaking hands and offering words of encouragement. Someone could be heard saying, “We’re all brothers and sisters” in the background. Another, “This is how you kick down a wall.” One counter-protester told the camera, “We all matter.”

“It’s time to stop this today. No more walls,” said the Black Lives Matter representative. “Today, we’re going to show the rest of the country how we came together,” said the counter-protest’s representative. The two men had their arms around each other.

After everyone came together for a group hug, the participants joined together in a circle of prayer for their city. The officer who was guarding both sides also joined them.

Now, let’s be clear here. The BLM protest was about police officer related shootings, and more and more, as we have video virtually everywhere, America is seeing the corruption in police departments. No one can justify that.

However, not every police officer related shooting is unjustified. Many are.

Yet, notice the behavior of the people change when they actually get together and speak to one another instead of shouting one another down.

Is this the way it will always be? Certainly not.

We know that BLM and Antifa are funded by groups that want division and what disruption in society.

We should also know there are legitimate protests that do seek to be peaceful.

Sometimes, it’s hard to tell the difference until you see the end result.

In this case, it appears that things ended on a positive note.

As I ran across the video, I thought it important to provide a bit of a positive message in what took place.