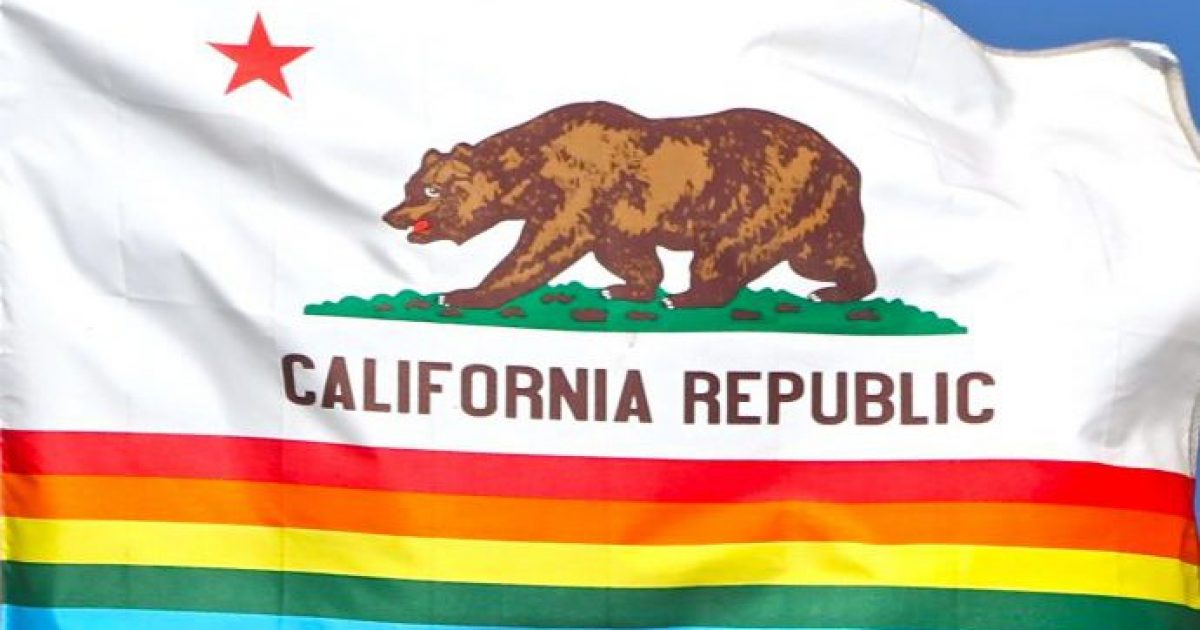 Residents in the State of California could have serious problems going forward.

By now, most are aware of the incidents at Rocklin Academy where a kindergarten teacher read a book about “transgenderism” to the class, allowed a boy to change into girls’ clothing, and a first-grade student was sent to the principal’s office for referring to the “transgender” student by the proper biological name.

The Daily Caller is reporting that a bill just passed the California State senate and is moving through the Assembly that could threaten jail time for anyone refusing to use a “transgender” individual’s preferred pronoun.

The law is currently limited in its effects to nursing homes and intermediate-care facilities, but if passed, those who “willfully and repeatedly” refuse “to use a transgender resident’s preferred name or pronouns” could be slapped with a $1,000 fine and up to one year in prison, according to the California Health and Safety code. The state senate passed the bill 26-12 at the end of May. Since then, the Assembly Judiciary committee recommended the bill unanimously and the General Assembly held its first hearing on the legislation Wednesday.

“How can you believe in free speech, but think the government can compel people to use certain pronouns when talking to others?” Greg Burt of the California Family Council testified in July. “This is not tolerance. This is not love. This is not mutual respect. True tolerance tolerates people with different views. We need to treat each other with respect, but respect is a two-way street. It is not respectful to threaten people with punishment for having sincerely held beliefs that differ from your own.”

“Everyone is entitled to their religious view,” Weiner said. “But when you enter the public space, when you are running an institution, you are in a workplace, you are in a civil setting, and you have to follow the law.”

Excuse me, but when was giving up one’s belief system a requirement for employment – civil setting or not?

And, since some erroneous ruling came down declaring “secular humanism” a religion, is this “law” not recognizing support for this religion over all others?

In fact, while some may disagree, God gave to man our just laws, which can be seen in the due process and laws of today.

Eugene Volokh, UCLA First Amendment scholar spoke to the National Review. He stated experts argued that it is “pretty unlikely that, if this law is enacted, such prohibitions would be limited just to this [nursing home] scenario.” Volokh hypothesized that lawmakers probably chose this demographic, apply the law to those individuals first, not because of an abundance of transgender seniors in the state, but because this group will garner the most sympathy.

The bill is one of several pieces of gender discrimination legislation moving through California’s Congress this summer. The body is also considering mandatory transgender training programs for companies that have more than 50 employees, CBS Sacramento reported.

While that legislation doesn’t punish those who refuse to use gender identity pronouns, it does affirm the right to transgender people to be called what they wish.

Both bills await decision in the Assembly.

Mandatory transgender training programs for companies with more than 50 employees doesn’t punish those for refusing to use gender identity pronouns; but, work in the health care industry and it does.

In the “land of fruits and nuts,” idiocy reigns supreme, even after the Idiot-in-chief, Barack Hussein Obama Soetoro Sobarkah, the first “gay” president, has left office.

Evidently, his mental illness was contagious and we are now seeing a pandemic of epic proportion.

This “state” provides shelter for illegal alien invader criminals from deportation for violating federal immigration law and additional violations of state criminal law; but, this idiocracy will choose to fine and jail individuals for refusing to pander to a smidgen population’s mental illness. IN-credible!

One would hesitate to say this will not hold water with any federal court because somewhere down the line federal judges have come to the conclusion they can negate any constitutional law just by ruling against it or support unconstitutional law by ruling for it, whichever the case may be.

What really is puzzling is the statement by The Daily Caller that the legislation “affirms the right to transgender people to be called what they wish.”

Well, what about others’ rights to call it what it is and not pander to others’ mental illness?

It would be ludicrous to do so since that belief would be a mental illness.

In this instance, an impersonator is different – they don’t believe they are that person, just “acting” as that person for money-making purposes.

One can bet this “law” won’t stop at nursing care and intermediate care facilities. It’s the old adage of “give an inch, take a mile.”

If this passes and the people allow it, additional legislation will follow that affects everyone in the State of California, including the confused children in elementary schools.

Being that jailing children would be vile, one can bet the parents will be on the hook for violations.

Another question – how does a state go about policing this?

If it based on a “report” by a “transgender” individual or some other individual “overhearing or witnessing” a violation, this could make for a legalized form of retaliation against those who do not transcribe to this strong armory.

Isn’t it difficult enough for courts to get to criminal cases that these “pseudo-criminal” cases would push the limits of the courts even further?

Isn’t more important to tackle rapists, murderers, thieves, and the like than individuals who do not support enabling another’s mental illness?

Maybe the courts don’t have enough to do since they do not address illegal alien invader criminals. Who knows.

At this point, it is best to avoid California.

Hopefully, those who have relatives there will see their family members safely exit the State before this insanity becomes “official.”

The people of California will now have a choice to make – submit, leave or fight.

Time will tell which the majority will do.